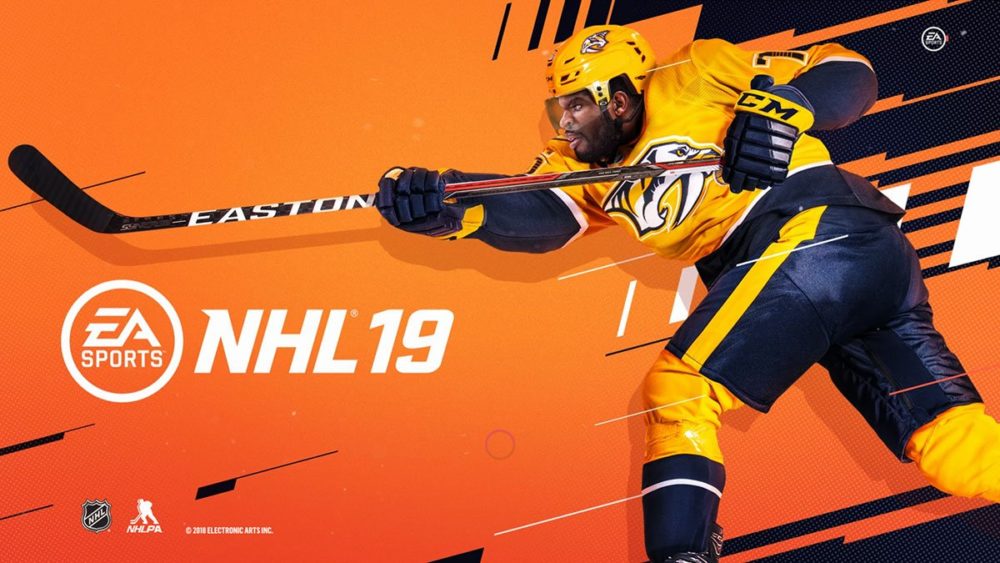 NHL 19 is a clear step up from previous installments of the franchise. With its large list of game modes, features, and customization options, NHL helps elevate the series in ways both familiar and totally new.

NHL staples have returned in 19 such as Franchise, Ultimate Team, and Be a Pro, which have all received minor tweaks and updates, but nothing substantially different from past installments. In particular, Be a Pro is still fine but it has become a bit disappointing as Madden and FIFA have showcased their more story-driven single player modes. Both Madden’s Longshot and FIFA’s The Journey campaigns have added a layer of depth to their single-player content that is still missing from NHL. NHL 19 could benefit greatly from a story campaign that really showcases the struggle of becoming a great NHL player. It’s difficult to become attached to a created character in a world that doesn’t feel like it has any consequences outside of losing a game.

The biggest new addition to NHL 19 is the all new World of Chel mode. NHL 19’s Create a Character for this mode is surprisingly deep and offers a lot of options for customization. For example, you can customize the little things such as the wrapping on your hockey stick, color of your skate laces, and how long your beard will grow during playoffs.

One big difference between World of Chel and other modes comes in the form of traits. Traits are a new addition that give players more flexibility when designing how they want their player to perform on the ice. Your player can be equipped with a primary, secondary, and special trait, offering more ways to customize. Playing around with traits to find the perfect balance can be tricky, but it is extremely beneficial to building the type of hockey player you want. This adds a layer of depth to how you want your player to operate across the four different modes of World of Chel, since they all require something slightly different. Leveling up to gain new traits felt like a true reward for squeezing out a win against a tough opponent and gave a reason to go back in for more.

NHL Pro Am is a 3v3 mode in which you play against an NHL goalie and three members of their respective team in no holds barred match. Pro Am serves as a sort of training mode before jumping into the other three areas of World of Chel, which are online-focused. A large amount of my time spent in NHL 19 was on the second mode offered in World of Chel, NHL Ones. Ones is an online 1v1v1 mode in which all players are trying to score as many goals as possible before the timer runs out. There are no rules in Ones, giving players complete freedom to body check and poke check to their heart’s content. This mode is a blast, and it is so unique from anything NHL has offered in the past. NHL Ones is something distinct that allows players to just go crazy and have fun. My only gripe with Ones is that I encountered many players disconnecting from matches leaving just two of us to play against each other. If you’re not able to do the full 1v1v1, it’s not nearly as enjoyable.

The third mode in World of Chel is an online-focused version of NHL Threes. This is for players who are a fan of the more arcade style hockey games. World of Chel offers a slightly more grounded experience than if you simply selected NHL Threes from the main menu, but still has plenty of the over the top nonsense that comes with Threes. Mascots still make an appearance, the announcers have ridiculous banter, and it is still extremely fast-paced. The more grounded elements come from your created character, traits, and the online cooperation required to bring home the victory.

Which leads us to the the final mode offered in World of Chel, EASHL. This is a drop-in drop-out full team online mode. Players who are ready to take their created character online in a full team regulation hockey match can do so here. While this is the most cut and dry mode offered in World of Chel, it could easily be where the majority of players will spend their time once they have exhausted the other modes. It offers NHL online hockey but with the character you have been upgrading, tweaking, and bonding with over the course of the other modes.

The technology behind player motion is finally the same as Madden and FIFA, which gives more personality and detail to each of the players on the ice. NHL has never looked or felt better. Players feel entirely in control over player positioning, stick-handling, and full body checks. Players have weight to them, passing feels clean and crisp, and most importantly players have total control over where their shots land. All of this feels natural and intuitive because the animations of the players are so spot on. When getting hit by another player it feels responsive and the visual feedback makes the impact of the hit feel even more powerful. It didn’t take long at all before I realized that this was the best controlling NHL game to date.

NHL 19 stands strong with the other EA Sports offerings this year. Its inclusion of a myriad of different modes and customization add a depth that past installments were missing. Whether you play NHL for its online competitive nature, or you just like to play against your friends on the couch, NHL 19 is a great pickup for any fan of hockey.