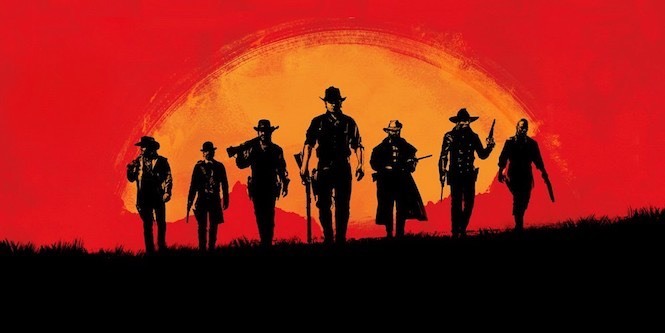 Red Dead Redemption 2 promises to deliver an open world gaming experience that pushes the genre forward in a meaningful way –or at least, that’s the hope. Too long have we been inundated with the same formulaic approach to quest design and NPC interactions within modern sandboxes. That is to say, open world games these days almost always look absolutely stunning but are as deep as a puddle.

There are exceptions, of course –The Witcher 3: Wild Hunt and The Legend of Zelda: Breath of the Wild spring to mind– but we’re still waiting for a developer to really showcase a next-generation open world experience. From what we’ve seen in gameplay snippets and from various preview reports, it sounds as though Rockstar Games might be the team to deliver us. The latest news about Red Dead Redemption 2’s colossal install size certainly seems to suggest the game is indeed packing some serious detail.

The 105GB number is so huge that we’re struggling to think of a game that’s ever been bigger, but we thought we’d try anyway. Here are the 10 biggest games by install size we could possibly think of compared to Rockstar Games’ upcoming sequel.

[Update]: Red Dead Redemption 2’s install size on PC now trumps the console release. But even that isn’t as big as Call of Duty: Modern Warfare.

As you can see, Red Dead Redemption 2 comfortably has the largest install size of any game we could think of. It more than doubles Rockstar Games’ previous game, the astonishingly popular Grand Theft Auto V. Bizarrely, it’s Call of Duty: Black Ops 3 that comes in second in terms of size.

We’re not quite sure what the 105 GB install size actually means for Red Dead Redemption 2. It seems unlikely, as impressive as the game looks, that its packing twice the detail of Grand Theft Auto V, even if Rockstar Games claim this is the largest open world they’ve ever created. Perhaps, high-quality images for upscaled PS4 Pro and Xbox One X versions of the game go some way to explaining its whopping size?

Whatever the reason, it’s both exciting and slightly concerning when you consider that Red Dead Online is probably the sort of game you’re going to want to be keeping on your HDD for some time… and it’s a 1/5 of the total capacity of a vanilla PS4’s memory.

To sum it up, make sure you’ve got plenty of HDD space, and pray your internet connection is having a good day when Red Dead Redemption 2 releases on Oct. 27.

You can check out some of the other Red Dead Redemption 2 content we’ve written, like 10 crazy things you can probably do in the game, and what we think will be particularly special about its open world.