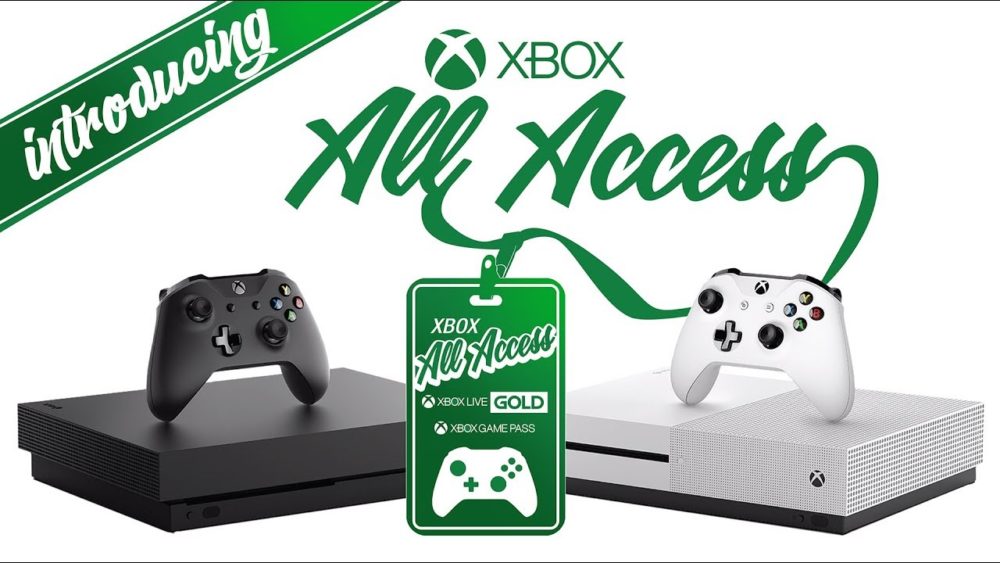 Xbox All Access was announced earlier this week, and it’s offering astonishing value. The new bundle combines Microsoft’s online infrastructure, subscription service, and a 0% interest higher-purchase of either version of its hardware into one attractive package. A meager $22 (Xbox One S) with no payment up front now lowers the barrier to entry for console newcomers to an almost irresistible price. And thanks to Game Pass’ library, it’s actually conceivable that some customers might never have to spend a single cent more than their monthly payments over the entire two year period.

On paper, that’s an unbeatable offer, and one that has the potential to turn the gaming industry upside down. Xbox All Access is the latest in a string of Microsoft innovations aimed to improve the quality of life experience for its users, and most importantly, to aggressivevly grab a greater share of the gaming mindshare.

These are not the moves of a company winning a console war –quite the opposite, in fact. But as they say, necessity is the mother of invention, and in being forced to think outside the box, Microsoft is poised to disrupt Sony’s dominance of industry without even having to stand toe to toe in the one area it is so sorely lacking: quality, exclusive games.

Microsoft’s underwhelming first-party output this generation has been compounded by studio closures and mixed reception to its new IPs. It has turned into a narrative that has plagued the Xbox One brand to the extent that Microsoft has had to publicly acknowledge the issue and pledge to resolve it. This year’s E3 saw that come to fruition, with a flurry of new studio acquisitions and the return of familiar IPs moving forward. Much of rhetoric post-conference –from myself, included– centered around a clear signaling of intent from to reaffirm the Xbox brand as a key player in the future of the games industry.

Even still, it will be a matter of years before Microsoft’s new arsenal of developers and games begin to make a meaningful impact altering the brand’s reputation. There’s still every chance that 2019 is as barren for Xbox One exclusives as the previous two, and that simply won’t do. Particularly when Sony’s own first-party studios look set to continue this purple patch of hugely exciting and critically acclaimed AAA experiences. In years gone by, that would effectively mean Microsoft had not only lost this generation, it was now destined to limp across the finish line before the release of its next hardware (or streaming service, as the case may be).

Microsoft has other ideas, though. Such is the value of Xbox All Access that it should allow them to stay hugely competitive even minus the void of content they can’t yet resolve.

More than just offering incredible value for console newcomers, it’s also a tempting arrangement for gamers already invested in either Sony or Nintendo’s hardware. Xbox’s backward compatibility and Game Pass already offered stunning value, but you still had to have the hardware in the first place. Now a modest subscription price eliminates that issue, and you can keep the hardware once you’ve paid it off.

I think that’s actually the key takeaway here: by enticing gamers to an ecosystem they can so easily and affordably jump into, Microsoft is creating an environment that lends itself to repeat business. Just like the way Apple sells its iPhones, once you’re involved in a brand and its peripherals, it’s more than likely you’re going to stay invested in the long term. Very quickly, convenience and price outweigh marginal differences in performance or functionality. The difference, of course, is that when it comes to gaming, the games are ultimately still the biggest draw.

I don’t believe for one moment that Xbox All Access is enough of a reason for consumers to flock to Microsoft’s console in sensational numbers. Games will always sell hardware first and foremost. But the package’s supreme value might just prove enough to tide players over until that content arrives further down the track, and potentially keep their contracts rolling just in time for a next generation upgrade. If that was to work out, you’d have to say that in the early race between PS5 and Xbox Scarlett, All Access looks set to give Microsoft a pretty substantial early boost.