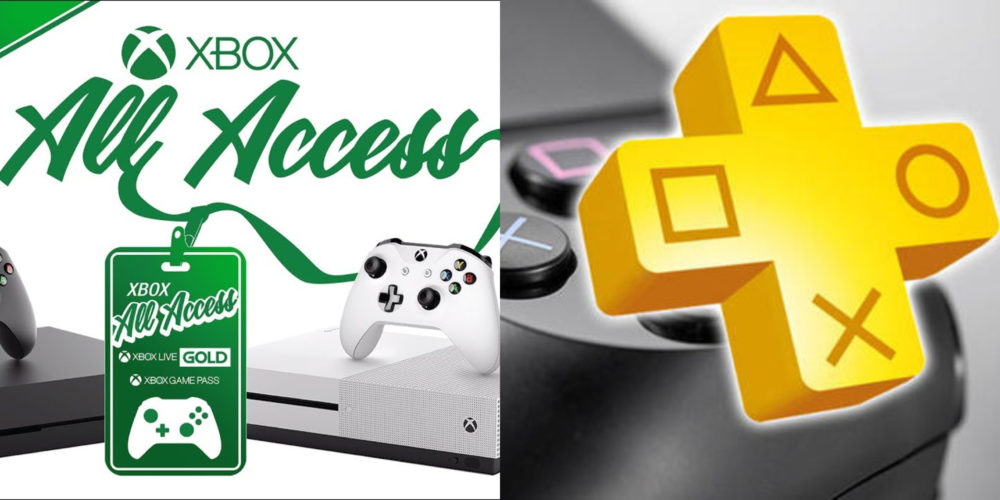 Even with a slew of recent studio acquisitions and the tease of big returning franchises in the near future, there’s no denying that Microsoft simply doesn’t have the arsenal of content up its sleeve to combat Sony. The PS4 has increasingly dominated the mindshare in recent years thanks to a slew of critically acclaimed AAA productions, which has ultimately proved far too much of an incentive for prospective consumers. But there are others battles to be won; elsewhere, Microsoft has quietly gone about Creating arguably the best gaming ecosystem ever conceived with a forward-thinking commercial strategy that may very well reshape the landscape of the entire industry. Enter Xbox All Access.

With Xbox All Access, Microsoft hopes to lower the barrier to entry so drastically for consumers that it proves irresistible. The all-new bundle serves as a starting pack that combines either version of the Xbox One (S or X) with Game Pass and Xbox Live for a per month price over two years, at which point the console is paid for and owned outright. It’s just $22 with no money up front for the S and $35 for the X.

That’s astonishing value. Buying the equivalent products separately at retail would cost you $130 more than it does via All Access in the case of the Xbox One S. For the souped-up X version, it’s slightly less impressive at just $20 cheaper over the two years.

Of course, neither of those prices takes into consideration the bonus value of Microsoft’s innovative Game Pass program, which acts a subscription model (normally $10 per month) that grants access to over 100 games. Last year, Microsoft signaled its intent to push the program by adding all future first-party exclusives moving forward, and several big-name third-party games have since become available. Assuming you’re happy to miss out on exclusive content available on Sony’s PS4, it’s unparalleled value. But just how much does that value actually equate to? We’ve done the math, and it’s impressive.

Without even factoring in any games to play on your PS4 Slim 1TB, you’d be paying $420 for the hardware + a 24 month PS Plus membership. You’re left with just $100 to spend on games before you’ve reached the price of the Xbox One S All Access package. That’s less than two full-priced games at retail, and barely a handful of on-sale or older games purchased via PSN. You’d even struggle to buy half a dozen second-hand games for less than $100.

The value between the Xbox One X All Access and the equivalent PS4 Pro bundle is slightly closer in value, at least without factoring in the Game Pass library. You’d be paying $520 for the Pro vs $840 for Microsoft’s X via the All Access bundle, except you’d have no games to play. $300 is certainly a big difference… until you realize that represents just five new releases at retail.

The combination of the no-money-up-front $22 or $35 per month offer and Game Pass’ 100-strong library means there really isn’t any comparison when it comes to value between Microsoft and Sony. Xbox All Access has turned conventional thinking about the cost to entry on its head; it’s cheaper than ever to become a gamer and enjoy the hobby. And as for Sony, you’re now essentially paying an astronomical premium for their exclusive games, which are undoubtedly very good, but really rather infrequent in the grand scheme of things.

For reference, Sony does have its own PS Now streaming service, which costs $99 per year and grants access to 500 games. These does not include all recent first-party PS4 exclusives, and unlike Game Pass, you can’t download them to your hardware.

Ultimately, though, you no longer really have to choose. You can opt-into Microsoft’s Xbox ecosystem and still buy a PS4 Slim to enjoy Sony’s exclusives with the money you would have saved over two years and not having to buy the games available via Game Pass.

In the end, All Access might prove decisive in winning Microsoft a larger slice of the pie with respect to player numbers. More than that, though, they’ll be hoping it’s a package that prevents players from switching ecosystems long term. Similar to the way Apple sells its iPhones, consumers perhaps won’t want to switch ecosystems if the barrier to entry is low, the prices remain low, and you can upgrade to different hardware moving forward. What will be fascinating to see is just how long Sony can hold onto its mindshare based on content alone. Will price ultimately prove even more tempting than the content?

We’ve listed below some comparative prices: