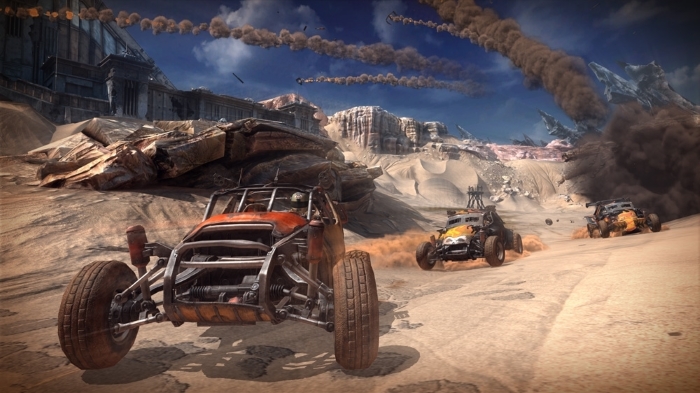 The first title is 2016’s Doom, a modern re-imagining of the classic game with the same name that released for PC almost 25 years ago. The game launched to positive reviews highlighting its single-player campaign for its fast-paced action, graphics, and soundtrack.

Bethesda announced Doom Eternal, a sequel to the 2016 reboot, during its E3 press conference last June. The company revealed a gameplay trailer for the sequel today at its QuakeCon keynote, and is planned to launch for PC, PlayStation 4, Xbox One, and Nintendo Switch with no details on a release date.

The other game added to the Xbox Game Pass catalog is Rage. Rage is a post-apocalyptic first-person shooter with car combat and racing released for PC, PlayStation 3, and Xbox 360 in 2011. Like all Xbox 360 titles in the subscriptions service, Rage is backward compatible and playable on Xbox One.

Bethesda announced a sequel for the game last May, showing off a more vibrant tone than its predecessor, and released a new trailer during QuakeCon today. Rage 2 is being developed by Doom’s id Software and Just Cause 3 developer Avalanche Studios for PC, PlayStation 4, and Xbox One sometime in 2019.