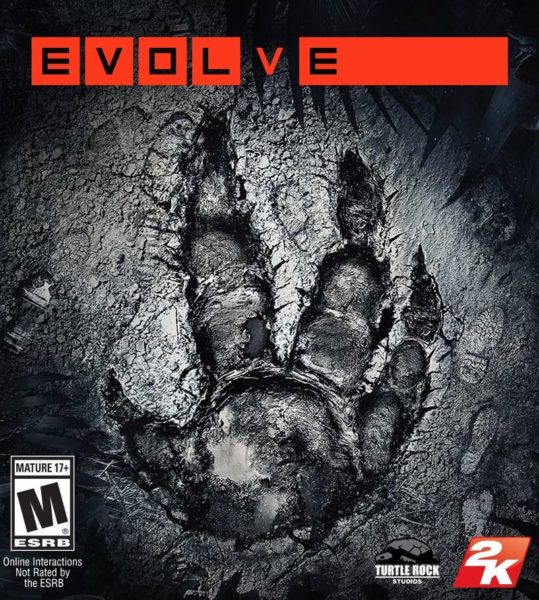 They say not to judge a book by its cover, but with game covers the art can reveal a lot about what a game is and the experience it aims to provide to players. Whether it’s an image tied to the game’s lore and story or the main character striking an action hero pose in front of their trail of carnage, the box art gives insight into what the developers hope to provide through their work and catch a prospective customer’s eye over the slew of other titles on the market. Of those that have graced our eyes, these nine in particular have been the cream of the crop, standing out among the pack of this console generation.

Forgoing the usual strong men with guns trope, Evolve’s cover opted to instead let gamer’s imagination fill in the blanks of what its asymmetrical team-based gameplay could offer. Amid the bleak muck of an inhospitable planet, the bootprints of the game’s hunters are dwarfed by the gargantuan track of their pray.

Though close to that of an earth-born animal, its shape is off just enough to feel unnatural. For extra emphasis on the treat it poses to players, the tips of the track are pointed and deepened by the creatures claws, leaving players to wonder what is truly in store for them once the engage in their interplanetary hunt. It’s an excellent setup to the sense of venturing into the unknown with each new match, unsure of what type of threat will come at players and how. 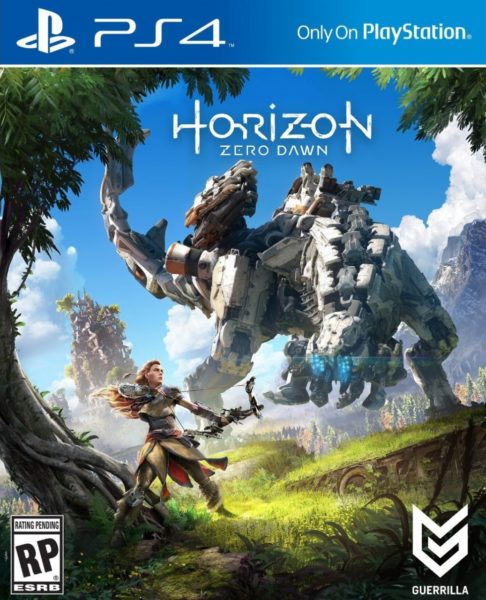 One of the most successful new IPs to grace Sony’s PlayStation 4, Horizon Zero Dawn was a standout title not only in its gameplay, design and story, but in its retail box art. Instead of having series protagonist Alloy front and center staring dead-eyed at the customer, it instead shows her readying her bow against one of the game’s dinosaur-esque machines, the Thunder Jaw, among the overgrown vegetation of a world retaken by nature.

The far-off view of towering ruins hints at the exploration that is so crucial to its open world gameplay, the depth of the image itself leaving the viewer to imagine how much there is to see within this new world. It’s a bold choice for an action title, but one that certainly paid off. 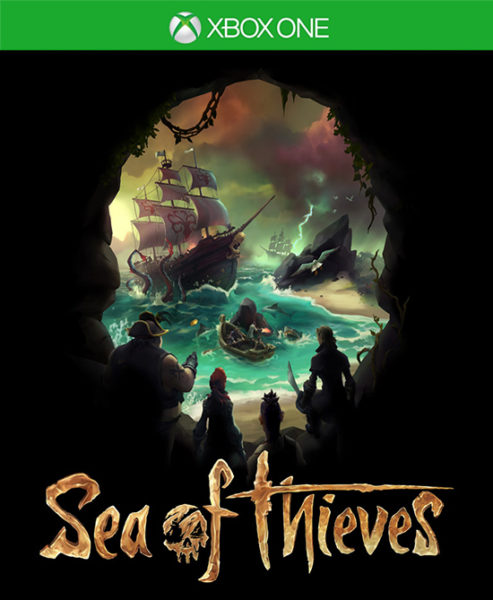 Leave it to the legendary team at Rare to offer one of the more iconic box covers of this generation. Set within a skull-shaped cave entrance cut out of a black background, players can see pirates looking out upon a stormy sea to form the fractured upper jaw.

Thunder cracks the sky as a ship tries to weigh anchor with tentacles reaching from the deep up along its sides. In the distance, another ship can be seen on it’s way to the isolated beach, eager to track down the same treasure the other visitors seek. Chaotic in tone yet clear in the scene it paints, the image stokes the imagination with thoughts of high seas adventures that gamers won’t want to miss out on. 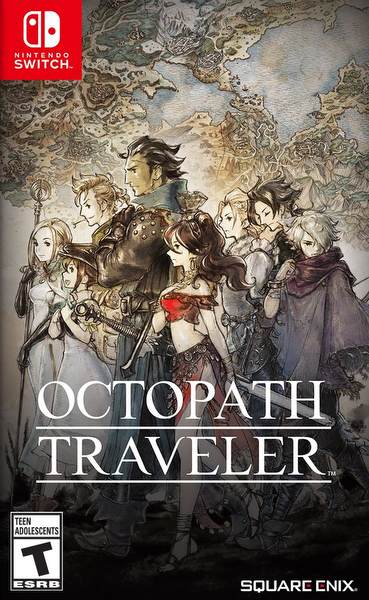 Sometimes, the best way to put your best foot forward is to look back at where you’ve been. Such is the case with Octopath Traveler’s box art. Harkening back to the iconic designs of the early Final Fantasy titles, it strums along JRPG fans’ heartstrings in all the right ways with a simple lifework design and faded color palette. Not only that, but it shows off the variety of its cast with each displaying their class’ traits through their designs.
From Olberic the warrior with his heavy armor and great sword, to Tressa the Merchant hauling her massive pack of wares, each is recognizable and hints at their strengths, all against the backdrop of the massive world map players will be able to explore. 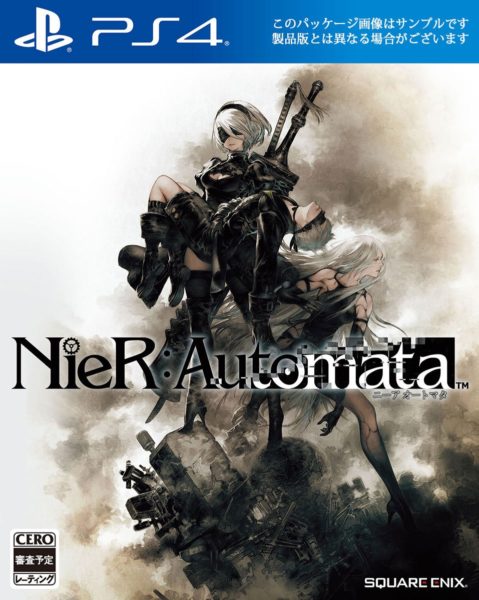 For every stereotypical cover, there’s one like Nier: Automata’s which manages to do so much more with so little, namely the game’s japanese box art. Featuring the three main characters against a white backdrop, the background has a water color aesthetic that lends a surreal appeal to the basic imagery, the greys and browns of the characters bleeding into the blank space around them. Not only that, but they stand upon heaps of wrecked machinery, foreshadowing the impact their hack-and-slash antics could have on the world around them by the game’s end. It’s simple, yet beautiful in a way many other titles can’t measure up to, helping this special title stand out all the more. 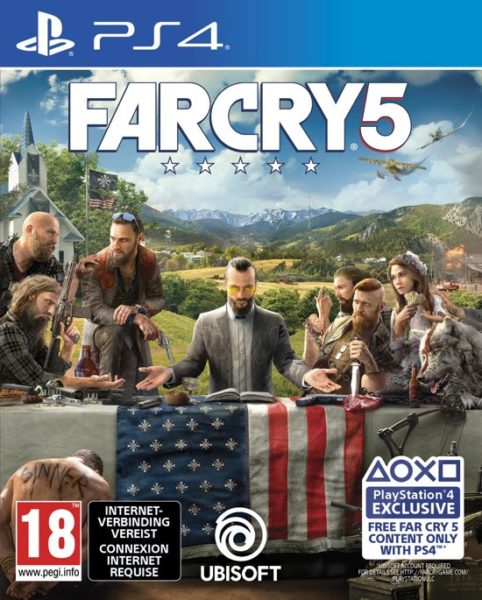 With Far Cry 5, Ubisoft aimed to make an impression for the series’ first entry with a story set in the United States. Playing off of Leonardo da Vinci’s iconic painting The Last Supper, the cover sees the game’s lead villain with outstretched arms at a table adorned with the american flag. Around him are his zealots and comrades, armed to the teeth and discussing with one another while the chaos of their actions plays out in the background with a burning building and planes dogfighting in the sky.

Kneeling before them is one of their bound victims, the word Sinner carved into his back. As on the nose as it might be, it’s hard not to remember this image once you first see it, or to hold the rest of the game against this impression the whole time you play.

Shadow of the Tomb Raider 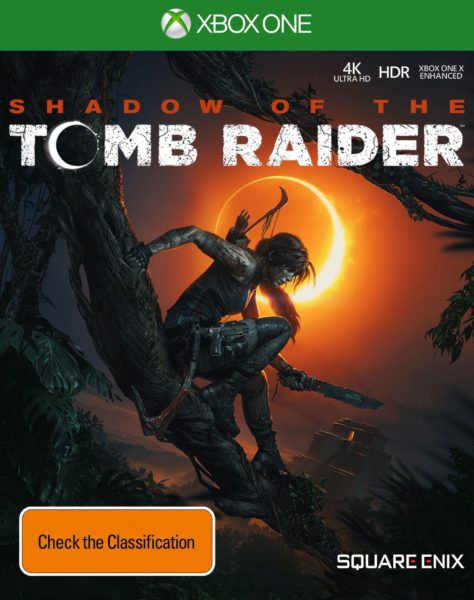 Lara Croft’s next adventure is set to be the darkest in the reboot trilogy yet, and the game’s pre-release box art doesn’t disappoint in selling this notion. Hanging from a tree limb in the haze of an eclipsed sun, the art is a gritty and gloomy affair. The world is askew with a diagonal right angle, and the weapons hanging from Lara’s leg and in her right hand appear jagged and deadly.

To top it all off, the ring of the eclipsed sun surrounds the adventurer’s head as an ominous halo of light, making her look almost demonic in the darkness of the wider picture. Though it could have easily come off as too edgy, this instead feels perfect for the story they want to tell. She and the players will go to some dark places before the journey is done, but they’re more than strong enough to take these challenges on with their own ferocity. 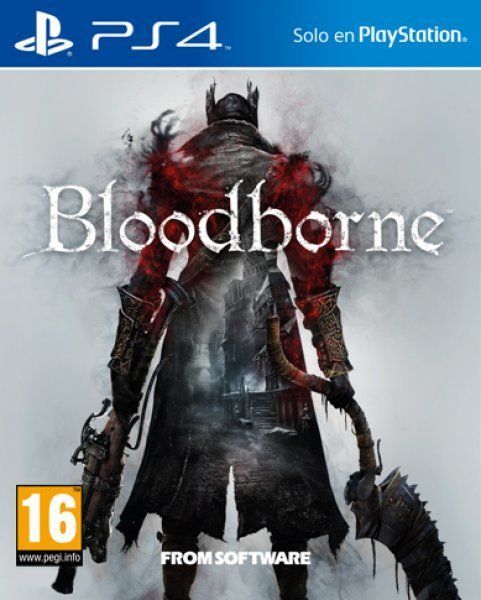 Even when a game’s box art opts for the straight shot of the protagonist, there are ways to make it feel original. Case in point: The cover art of Bloodborne features the Hunter from behind, wielding the saw cleaver trick weapon in his right hand and the blunderbuss in his left.

Unlike its centered image contemporaries though, the Souls-like stands apart in that it places its hero in the middle of a blank white space; within his trench coat is a cut out image of the game’s dreary, fog filled streets, and emanating from him are sinister and malevolent shadows, hinting at the darkness players will not only face, but harbor themselves. It’s a simple design, but one that still stands out among the pack so many years after its release. 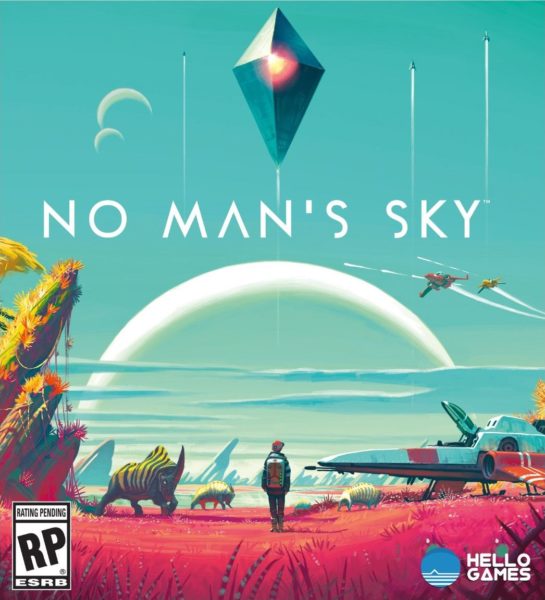 That’s the best way to describe No Man’s Sky, the notorious title from Hello Games which promised players a game world they would never see every part of. Though it may not have lived up to these promises initially, it still made an honest attempt to live up to their lofty goals in every aspect. This included the game’s box art: Spacious in its initial presentation with a sprawling view of one of the game’s worlds, it illicit the feeling of looking out on an extraterrestrial horizon complete with purple grass, alien animals roaming the plains and space ships battling with one another overhead.

It gave a brief glimpse of what could be in store, and even if it took until the release of the Next update to reach some of these heights, it was a window into what could be done in this exciting new universe of the gaming medium.

What are some video game covers that spoke to you? List them in the comments below.