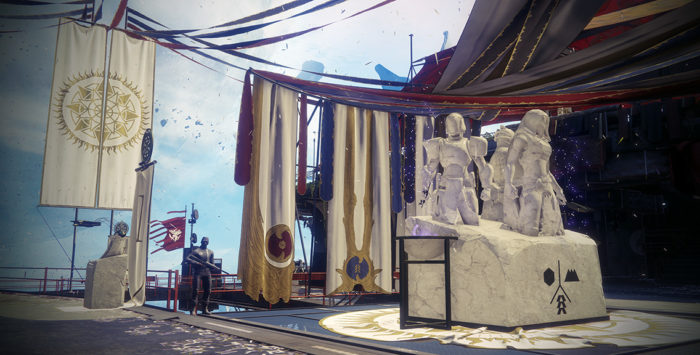 Destiny 2’s Solstice of Heroes update goes live tomorrow and with it Bungie has released a new trailer showcasing the highlights of the year one celebration which will run through most of the month of August. While in Destiny 1, the quest to complete all of the Moments of Triumph was usually the unofficial celebration of the year, this time around in Destiny 2, it’s an actual month long event.

The main event will be the new armor set, “Scorched” which will come packed with a series of tasks that will allow you to upgrade the armor all the way up to the new pre-Forsaken power level cap of 400. Some of those challenges will include remixed campaign missions that will be tougher, and will encourage group play. There will be a number of smaller vanity gear to collect and tomorrow, we’ll know what the final Moments of Triumph challenges will be.

For whatever reason, whether I’m hooked to Destiny or not, I always feel strangely compelled to at least make sure all of my MoT’s are completed. It’s almost like it’s a “did you get your money’s worth?” checklist each year for me.  You can get the full scoop on the event right here.

Solstice of Heroes will run from July 31 through Aug. 28. So if you intend to participate, make sure you get in there sooner rather than later because after that, it’s going be all about Forsaken, the next major expansion which will be adding new supers, game modes, and more.