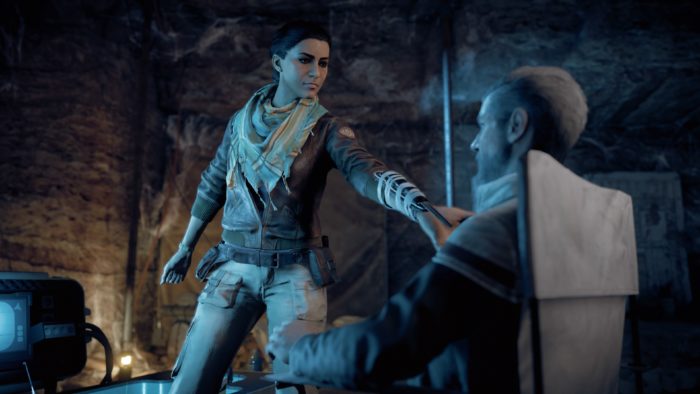 At E3 2018, Twinfinite had a chance to sit down with one of Ubisoft’s narrative leads working on Assassin’s Creed Odyssey to try and get a better understanding of how the upcoming game ties into the series lore. Of particular interest to us was what extent the modern storyline will feature in the game, especially given how fleeting its presence was in last year’s Origins. The answer was surprising.

The return of Assassin’s Creed last year marked a big departure from many of the series mainstay features. It was somewhat of a reboot, adding layers of RPG mechanics and hitting the reset button on an alternate-history setting that had been getting progressively more modern since the inception of the franchise. It also largely abandoned the modern day story and emphasis on Abstergo and the Animus. That didn’t necessarily go down all that well with fans, many of whom felt that decision muddied the lore of the universe and abandoned a core pillar of the storyline.

Ubisoft promises that Odyssey will feature a much more substantial contemporary narrative to explore outside the animus. Here’s what we were told:

“We knew how important the modern storyline was to a lot of our fans and we thought it would be a disservice to completely ignore that. But we also know that there’s a conflict between those fans and the fans that want to stay in the past forever. So in Assassin’s Creed Odyssey, we made it so that if you’re invested in the present day, you will be able to explore to the extent you want. But if you’re a fan of staying in the past, you’ll be able to do that too, so there are options open for both. We are continuing the story of Layla Hassan from Origins, and she continues her search for civilization knowledge and artifacts. We’re excited to continue that.”

You can check out our full Q&A video interview below:

Assassin’s Creed Odyssey predates the series previous entry, Origins, by several hundred years. It is the first game in the franchise that doesn’t deal directly with the Brotherhood versus Templar order. It is out later this year, October 2018.