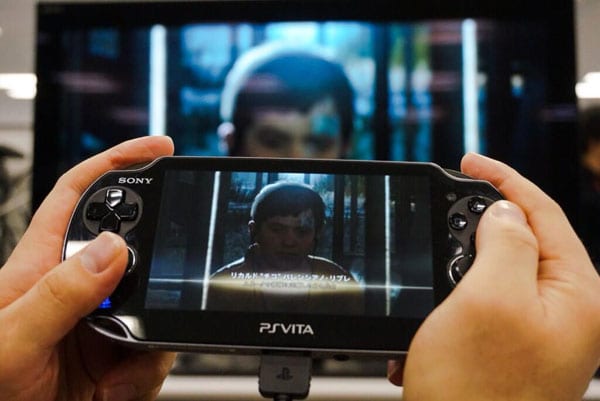 It’s amazing that it took this long for news like today to break. News that physical copies of PlayStation Vita games would cease production next year. While the PS Vita’s untimely death has been imminent for quite some time, we’re finally now starting to see the beginning of the end unfold.

I don’t think anyone at Sony is shedding a tear over this news. The PS Vita has survived this long in spite of Sony, not because of them. For all the good Sony has done this generation with its support of the PlayStation 4, its total neglect of the PS Vita, an incredible piece of handheld gaming hardware that they themselves created, is a black eye that gamers will remember for years to come.

Despite a surprisingly solid slate of launch window software that included Gravity Rush, MLB the Show, Uncharted: Golden Abyss, and wipEout 2048, the PS Vita was doomed from the start. But it didn’t have to be.

If you remember, the circumstances around the launch of the PS Vita were quite favorable. The 3DS limped out of the gate, and Sony shocked gamers by launching the PS Vita at a $250 price point, the same as the 3DS at the time. The PS Vita was more powerful, featured two analog sticks, and had additional functionality such as front and rear touchpads. The reception (other than the infamous groan of hearing about AT&T being the data provider) was positive at the time. A scenario where a Sony handheld could finally break through and compete more evenly with Nintendo’s offering seemed possible then. Obviously, that didn’t happen.

While the price point of the console itself was competitive, the catch was the incredibly expensive memory cards. Instead of allowing for standard SD cards for additional storage, you had to use PS Vita memory cards which were incredibly expensive for the amount of storage they provided when compared to SD cards. The price of the memory cards effectively eliminated one of the PS Vita’s major strengths at launch, the competitive price point with the 3DS. This was gut shot to the console right at its launch and it never really recovered from it.

After lowering its price point and upping the quantity of anticipated first-party titles such as Fire Emblem and Animal Crossing, the 3DS recovered from its sluggish start, and confidence from consumers and publishers returned, setting Nintendo up for another successful handheld generation. The original model sold well, and it eventually branched out to higher-end “new” models, and lower end 3D-free 2DS models aimed at children or those looking for a budget price.

The PS Vita went in the complete opposite direction, thanks to poor marketing, choices, and support from Sony. Following that launch window slate of games, first-party support dried up almost instantly, at least when compared to the effort that Nintendo put into salvaging the 3DS. 2013 was really the last year that Sony appeared to be interested in making the PS Vita a successful console. Killzone: Mercenary, Sly Cooper: Thieves in Time, Tearaway and Soul Sacrifice were all solid games that made good use of the PS Vita’s strengths. And when the PlayStation 4 released, remote play was and still is, a major perk of owning Sony’s handheld.

Once the PlayStation 4 came out and 2014 rolled around, Sony permanently switched gears to the PlayStation 4 and appeared to cast the PS Vita aside, likely due to poor sales performance. There were some token releases here and there, and projects like Borderlands 2 which was probably too far along to be worth canceling. But by the end of 2014, the dream of the PS Vita was dead. From that point on, the system basically fast forwarded to its end-of-life PlayStation Portable phase. Or in other words, support from non-Sony Japanese developers such as Atlus which have historically supported Sony’s handhelds very well, and the occasional good indie game. Bless ’em because if they didn’t support the handheld at least, the PS Vita’s demise would have been even quicker, and uglier too.

The biggest crime is that the PS Vita didn’t deserve this fate. It’s an incredible piece of hardware that I still use to this day. Remote play, if you have the internet for it, is a very underrated feature that plays most PS4 games quite well even with the lack of buttons. I’ve done strikes in Destiny and ran dungeons in Final Fantasy XIV from the comfort of my bed. Recently before sleeping, I’ll work MLB the Show 18’s community market to get me some extra stubs while winding down in bed. And, the few bigger-name exclusives it did get, were actually quite good. Gravity Rush, in particular, is a gem.

Sadly, Sony did in its own console with its own poor choices, and appeared to only be committed to the console for its early years, ditching it as soon as it became inconvenient to continue to support it. Sure there was stuff like token PS Vita segments at E3 for as long as other companies still bothered with it, but the writing has been on the wall for years. Sony doesn’t care about the PS Vita. It never bothered to properly address the handheld’s early problems, and after years of neglect following the launch of the PS4, Sony will soon be putting it out of its misery. Good night, sweet prince. You’ll be up in underappreciated console heaven with the Dreamcast soon enough.