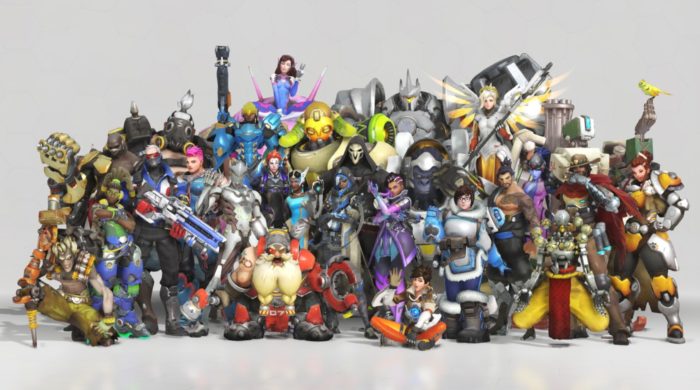 It seems like only yesterday that Blizzard finally launched their popular team-shooter game, shaking up the industry with a cast of quirky characters and tight gameplay. Since then, we’ve seen a handful of new faces join the game. Each hero had something new to bring to the table, keeping the action fresh and exciting. On top of that, we’ve also gotten a slew of new maps and game modes. From Deathmatch to Capture the Flag, Blizzard’s covered a lot of bases over the past two years. But with the past behind us, the fan base has been eagerly looking to what the future holds.

In terms of heroes, we’ve recently gotten Torbjorn’s daughter, Brigitte, who is a support character that has completely flipped the meta with her special abilities. With two healers out of the way, this gives the developers some leeway to look into the other roles. Symmetra, as we know, is getting brought over to the defense role following her upcoming rework.

As for Overwatch hero 28, things are still a bit up in the air. While some fans have been leaning towards a new tank, others have been pressing Blizzard to add in a new defense hero. The developers, on the other hand, have been rather quiet about the upcoming playable character. Still, it doesn’t seem like we’ll have to wait too long since they seem to follow a four-month schedule when releasing new heroes. If so, we should see the next Overwatch hero around this July or so.

Moving on to maps, we’ve just gotten the new Petra map for the ongoing Overwatch Anniversary event. Before that, Blizzard launched the Overwatch escort map, Rialto, which was also used in the Retribution event. It doesn’t seem like Blizzard will ever run out of source material to work with when it comes to creating new locations for the game, especially since they take plenty of inspiration from the real world.

More importantly, they seem to tie in their maps with the playable characters, so we should have a pretty good idea of what map they might be going for next. D.Va, for example, still has close to no lore, so adding in a map in her country could be a big help. The same could be said for other heroes such as Symmetra and Lucio, whose lore could be explored by creating another map based in Brazil following the Vishkar incident.

While on the subject of Overwatch lore, the developers just rolled out a slew of new interactions for the Anniversary event, shedding some light on characters such as Lucio and Moira. The Overwatch lore train moves at a snail’s pace, with most details coming usually stemming from voice lines and occasional hints from maps. For the game’s third year, we’re hoping that they focus more on heroes who hardly tie in with the main Overwatch group. Zenyatta and D.Va, for example, are two of the most detached heroes from the game in terms of story. While there isn’t any guarantee they’ll actually get relevant lore any time soon, it seems like a fitting direction Blizzard should focus on. That said, here’s hoping we see some form of comic or cinematic for these characters.

Meanwhile, seasonal events are still a big thing in Overwatch. Not only do we get a new game mode, but we also get the chance to unlock some pretty sweet cosmetics. Blizzard has brought back all of the events from the first year, tweaking them with more cosmetics and different game modes. However, the Anniversary event might be a turning point of the game. Since players can now unlock all of the cosmetics during this event, the developers can use this chance to create completely new events apart from the ones we have now. That way, we won’t have to worry about missing out on that Summer Games skin when we can always look forward to next year’s Anniversary event.

Gameplay aside, Blizzard has been really pushing for the game to make a name for itself in the esports scene. We’ve finally had our first look at the Overwatch League and things have been pretty smooth, for the most part. We’ve seen some substantial tweaks and improvements over the recent months, particularly in terms of scheduling. Fans voiced out about the constant matches, having to follow round after round in a span of hours, especially during the Stage 1 playoffs. Luckily, Blizzard streamlined the schedules which in turn made it much easier to follow the games. Growing pains were bound to happen in the first season, yet they were quick to fix the issues.

The League has also had its fair of controversy, from xQc’s dismissal from Dallas Fuel down to DreamKazper’s scandal. Still, don’t let those issues distract you from the fact that we’ve seen plenty of good plays from the pros, and not to mention Geguri’s addition to the League, which was a refreshing sight in the esports scene. Fans still have plenty to look forward to for the rest of season 1, with the Stage playoffs stated to happen on June 17. Once the current competition is over, we can all look forward to the new teams in season 2.

Looking back, Overwatch’s second year has been a solid step in its path to longevity. It doesn’t seem like we’ll be getting a sequel anytime soon, but with the steady stream of content, we don’t really need one right now. And with more support on the way, we’ll definitely be seeing a ton of new surprises this coming year and the years to come. Happy anniversary, Overwatch!