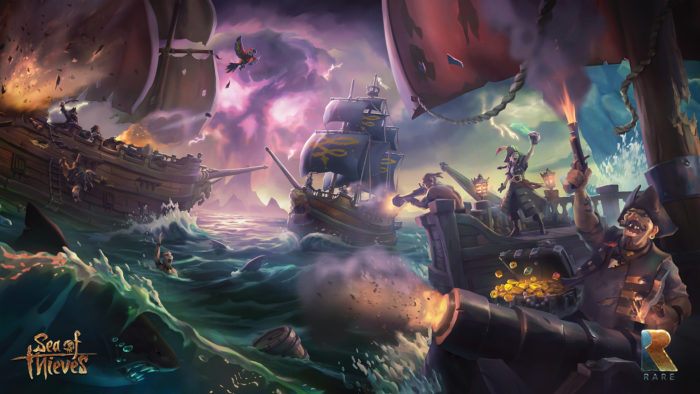 The video gaming medium is still a fledgling industry. As it grows, we have to accept that it won’t ever stay static. Game design will morph and shift with the times as publishers and developers inevitably build their games according to popular trends. Think of Japanese RPGs in the 90s, then open world fever in the previous generation. Now we’ve got a new trend that’s proving a big earner and, therefore, a hugely influential force in game design: games as a service. The premise, of course, is to keep gamers invested for longer with so-called “live experiences” that continually add new content to a base package. The original Destiny set the wheels of this new approach in motion, and it’s now spread to single-player experiences like Assassin’s Creed: Origins and Final Fantasy XV, in which fresh content drops have both sought to fix problems and provide new incentives to keep us playing beyond the final credit roll.

The trouble is that it’s now set a frustrating new vogue of releasing games bare of content with the intention of fleshing out the experience in the months and years after release. Worse still, that mandate is only ever vaguely explained at best.

Destiny was, in fact, both the origin of modern games as a service and the first prime offender. Its woefully lackluster single-player campaign and issues with the endgame likely weren’t intentional, but the plan was always to add substantial content down the line. It’s a policy that was then repeated with the game’s sequel, in which the base content is arguably even more sparse than its predecessor. No Man’s Sky, on the other hand, was possibly planned as a game a service, but it too has ended up trying to make good of its grandiose galactic vision years after launch. In fairness, Hello Games’ commitment has actually been hugely impressive, and we’ll never truly know the circumstance which led to its infamously disappointing launch. Regardless, the point is that there’s no way this sort of approach should ever be the edict to which a fully priced game should ever be based around. Mistakes fixed through tireless effort post-launch is one thing, but merely “building a solid foundation” doesn’t constitute a video game experience worth paying $60 for.

Unfortunately, that’s exactly what has happened with Sea of Thieves. Microsoft’s hotly anticipated exclusive was touted by Rare as the developer’s “most ambitious game ever created,” and while it’s undoubtedly a multiplayer experience of impressive scale and potential, it currently has no more meat on its bones than the dozens of bland skeleton enemies patrolling its island shores. For a game hyped as the next big reason to own the Xbox One, right now it feels more like a social experiment than a video game. There are laughs to be had, emergent gameplay to be enjoyed, but on the whole, its gorgeously animated seas have about as much depth as a puddle. Is that truly the scale of Rare’s ambition? This is the developer behind some of the most iconic games of the N64 era.

Annoyingly, Sea of Thieves is very likely to be a superb game in twelve months time. But hundreds of thousands of people paid $60 for it at launch, and I’ll wager many of them weren’t necessarily on board for the long wait for new content. And why should they be? Just because games are now trending towards streaming communities, persistent worlds, and frequent updates shouldn’t make this practice an acceptable one.

My assumption is that Microsoft likely recognized Sea of Thieves shortcomings in the content department and tiered its pricing structure accordingly. As a Game Pass title, Sea of Thieves is just fine, but it’s certainly not replete with enough content to be considered a full release.

Ultimately, what we absolutely don’t want is for this to become the norm moving forward, and that starts with not begrudgingly accepting it in silence. There needs to be a precedent set for the imminent wave of upcoming live games that seek to keep us invested in their worlds long-term. Games simply must launch as a satisfactory standalone experience, not just as an investment for the future. You won’t ever convince me that if I’m interested in the destination then I need to be prepared to ordain a journey that doesn’t already feel like a worthwhile use of my time from the get-go. Destiny, No Man’s Sky, Sea of Thieves, The Division; these games dazzled with promises and spectacularly pretty environments but were ultimately empty shells that felt unfinished and poorly thought out at launch. It’s not acceptable, and it must stop.