You can’t really get more mythological than Age of Mythology, an RTS title entirely based on the pantheons of Greek, Egyptian, and Norse Gods. This Age of Empires spinoff features a wealth of different mythological creatures, heroes, and gods, with three different playable races, one for each major mythology. There’s a surprisingly engaging story mode as well that follows the Atlantean hero Arkantos as he makes his way through the world and respective mythologies, fighting off a world-threatening evil.

Age of Mythology uses its subject matter incredibly well, crafting some fascinating levels, especially in The Titans expansion. For example, one level has you fending off a giant ice titan as long as you can in order to summon the Nidhogg, a legendary dragon, to take it down. Age of Mythology is every bit the equal of Age of Empires II, and if you’re looking for an experience deep with lore and strategy, it’s the perfect pick.

Viking: Battle For Asgard, in many ways, feels similar to God of War, although it doesn’t quite live up to its quality. The Goddess Hel is banished from Asgard for defying Odin’s rule, and angry at her fate she wants to release the wolf-god Fenrir and bring around Ragnarok. As she revives legions of dead Viking warriors on Midgard, the human realm is on the brink of destruction, and so the goddess Freya chooses a young warrior named Skarin as her champion.

The crux of Battle For Asgard has you traveling around three different islands in Midgard, rescuing warriors from legions of dead to assist you in the war. The game features over-the-top violence, befitting something like God of War, and there’s some absolutely massive battles that you’ll take part in. There’s plenty of little side things to collect and do, and while the game’s story may be a bit overdramatic, it’s a fun use of Norse mythology. Viking: Battle For Asgard has its fair share of problems, like an empty feeling world, but it’s a fun romp if you’re just looking for an action game with a Norse theme to play through.

Valkyrie Profile comes from the RPG glory days of Square on the PlayStation, and it’s a fascinating, and very Japanese take, on Norse mythology. As you might expect you play as one of the mythical Valkyries, by the name of Lenneth. Your task as a newly awakened warrior maiden serving Odin, is to recruit powerful einherjar to help the Aesir fight the Vanir.

The game has 24 different playable characters that you can use to build a party, and the bulk of the story sees you traveling around the world to recruit powerful warriors. Valkyrie Profile’s story and aesthetic is spot on for Norse mythology, but the pacing can feel a bit sluggish, even for those used to lengthy JRPGs. Still, the game is considered one of the PS1 classics for a reason, and the enhanced PSP port Valkyrie Profile: Lenneth makes some meaningful gameplay improvements.

Valkyrie Profile is an interesting mix of Norse mythology and a Square-style RPG, and the main story has two different routes that you can see play out, with some party members only being obtainable in hard mode. If you do happen to like the game, there are two other games to play with the prequel Valkyrie Profile 2: Silmeria on PS2 and another prequel titled Valkyrie Profile: Covenant of the Plume on Nintendo DS. 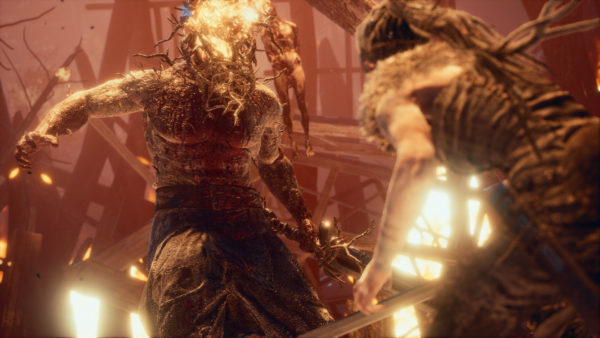 Hellblade: Senua’s Sacrifice was one of the most fascinating games to release in 2017, and it comes from the talented developers at Ninja Theory. The game follows a Pict warrior named Senua who travels to Helheim in order to save the soul of her dead lover from the goddess of death, Hela. Senua suffers from a debilitating mental disorder known as psychosis, and this plays directly into every facet of the game, from story to gameplay. Hellblade constantly calls into question what’s real and what isn’t, and it’s an intricate look at Senua’s mind with some phenomenal acting behind the character.

Hellblade may not deal with Norse mythology as directly as something like God of War, but there’s still plenty of viking and Nordic tales interwoven throughout the game’s tale. Ninja Theory really took time to properly design the look and feel of the game to fit its setting, and graphically Hellblade is an astonishing game. With a combat system that’s even somewhat similar to God of War, it should be easy to transition from one game to the other. 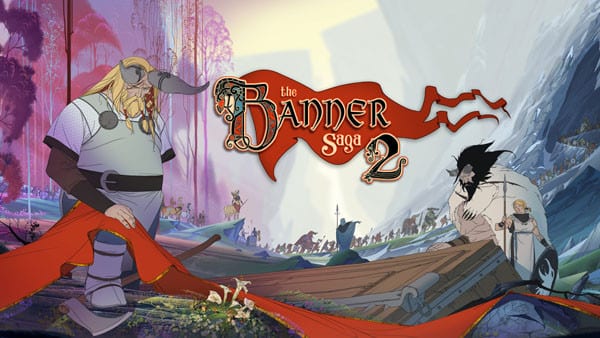 The Banner Saga isn’t so much about Norse mythology, as it is heavily based on it. The game takes place in a fantasy world heavily inspired by Norse and Viking legend, although adapted for its own purposes. In the Banner Saga the world is trapped in perpetual twilight, as the sun stopped moving just days before the game begins. The inhabitants of the world humans and giants, known as Varls, have to band together to fight back an ancient race of stone creatues, the Dredge, who’ve returned to kill everyone.

The Banner Saga is an interactive story, with an emphasis on choices that matter, mixed with grid-based strategy, similar to that of something like Final Fantasy Tactis or Fire Emblem. You follow two different playable characters who meet others and form a party, before the two factions ultimately meet and mix together. The hand-drawn animation really leans into the Norse and Viking aesthetic, and the games are gorgeous, feeling like an animated film in motion. Even though the Norse myths might not be as obvious as other games, the inspirations and themes are clear, and the Banner Saga games use those inspirations to craft a wholly unique fantasy tale. 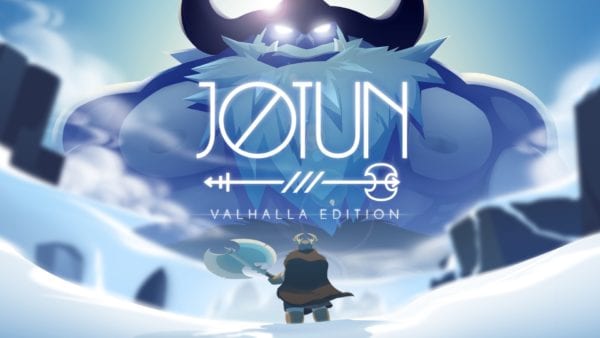 Even Jotun’s name is a reference to Norse mythology, as it references a race of giants. In Jotun you play as Thora, a viking woman who recently died, and has to travel around the realms defeating Jotun in order to impress the gods and earn her way into Valhalla. Jotun plays from a top-down style, and some of its bosses are on a truly massive scale. Everything is done in a gorgeous hand-drawn art style, giving the game a unique aesthetic heavily steeped in Norse themes.

There are also a number of god powers you can unlock to use in combat like Thor’s Hammer, Loki’s Decoy, and Freya’s Speed. Funnily enough there’s also a collectible called Ithunn’s Apples that increase your health, similarly to God of War. Jotun may be a bit on the short side, but it’s a fantastical trek through the annals of Norse mythology that you won’t soon forget.

Odin Sphere isn’t a direct representation of Norse mythology, but it does heavily borrow from it. The game takes place on the fictional continent of Erion, split into many smaller nations with two large ones being the most powerful. Ragnanival is ruled by the Demon Lord Odin, while Ringford is ruled by the Fairy Queen Elfaria. Odin Sphere has multiple playable characters, and weaves an original tale that brings in elements of Norse mythology, fairy tales, the works of William Shakespeare, and more. All of this adds up to an incredibly unique RPG, with a gorgeous design to boot seeing as it comes from Vanillaware, the makers behind Dragon’s Crown and GrimGrimoire.

You’ll find plenty of Norse references in the game such as Odin himself, the world tree Yggdrasil, Valkyries, the world serpent, and more. Of course, much of this has been slightly adapted to fit the game, but still holds true to the spirit of the mythology. This is a good choice if you’re looking for more of that Norse vibe, while getting something a little different too.