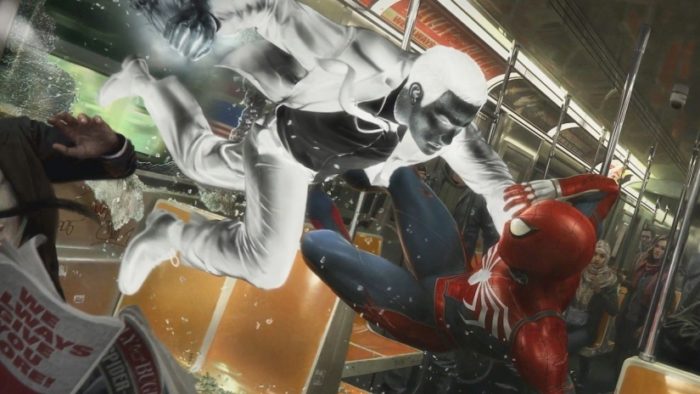 There’s no doubt in anyone’s mind that Marvel’s Spider-Man is in the making to become one of the PS4’s next best exclusives. From a beautiful recreation of New York City to the daring web-slinging antics that fans have come to expect from a human spider, it seems as though there’ll be no shortage of thrilling action to experience once fans finally get their hands on the title sometime this year. Yet, despite what we’ve been treated to in trailers and the short bits of information we’ve gleaned from developer Insomniac so far, one can’t help but wonder if the game is truly living up to its potential. Namely, just who is Spidey up against anyway?

Doctor Octopus, Green Goblin, Venom, Carnage, and more are what come to mind when thinking of great Spider-Man villains to feature in a video game, yet each of these foes have been set aside to let a B-tier enemy by the name of Mister Negative hog up the spotlight. For those of you that don’t know (probably many of you, given how Mister Negative isn’t even featured very often in the comics), this criminal debuted in the The Amazing Spider-Man #546. Originally bearing no name and stealing the identity of a Chinese immigrant called Martin Li in order to keep his human trafficking business a secret, the man is exposed to a volatile drug named D-Lite after being captured by the prominent Maggia crime family.

This imbues the already evil Li with the power to tap into both the Darkforce and Lightforce dimensions, but comes at the cost of splitting his personality in half. He’s generally benevolent when taking on the role of Martin, but does a complete 180 when under the influence of Mister Negative, so much so that his villain-self actually rises to become the Kingpin of Chinatown. It’s no surprise, given how the man’s powers allows him to shoot huge blasts of energy out from his hands and allows him to take control of a person’s emotions for a limited amount of time. He can also heal himself, which is pretty useful.

On pen and paper, Mister Negative sounds like a compelling villain for Spider-Man to go up against across a couple of comics, but when taking video games into consideration, his powers more or less sound like cookie-cutter abilities that countless foes in the medium already have. Imagine yourself taking on the role of Spidey in a closed area with no one but you and Mister Negative to do battle. Given the abilities that the foe has up his sleeve, Negative sounds as if he’ll be a typical run of the mill boss battle rather than a satisfying end game villain to topple. Furthermore, the stakes don’t seem like they could go very high here, as characters like Venom, Doctor Octopus, and Green Goblin all have a personal interest in Spider-Man, but Mister Negative is just evil for the sake of being evil.

Insomniac has gone on the record to state that it purposefully wanted to cast the spotlight on lesser known foes in the Spider-Man universe, but that comes at the cost of people not being invested from the get-go. Rather than exclusively tapping into the annals of comic book history and choosing a main villain that just so happens to fit well gameplay-wise, the developer could and should mix up the big bads it tosses at players. The aforementioned Doc Ock, Carnage, and Goblin could all very well fit into a story that makes sense for Spidey. Having the game be about symbiotes alone would make for a much more interesting premise than fighting a human trafficker, as it would shed light on series’ villains that many know about and add background to their origin stories, too. B-tier enemies could very well still be there for boss battles in between, but the franchise’s real foes should be given the spotlight here.

There’s also the movies to consider, as some new fans only know of Spider-Man thanks to the recent blockbuster films he’s been in. Vulture, Electro, Rhino, and Sandman may be all that these franchise newcomers know, and eschewing these villains may be doing them a disservice in that they’ll have no investment or point of reference to jump into the game with. Millions upon millions of dollars have been spent already trying to make these foes appeal to the public, and Spider-Man should capitalize on this knowledge lest it render some potential audiences uninterested.

Wanting to do lesser known Spidey baddies like Mister Negative justice is a commendable effort, but it may come at a price. With The Avengers: Infinity War coming out soon and a sequel to Spider-Man: Homecoming just around the corner, people are rooting for Peter Parker to succeed no matter the medium he’s in. Insomniac needs to tread a fine line to ensure that a no-name foe like Mister Negative doesn’t drown out that optimism. A “big cast” is said to appear in the final build of the game and we won’t learn of everything it has to offer until it’s closer to release, so in the meantime, here’s hoping that we’ve just seen a small glimpse of all the villainy that Spider-Man has in store.