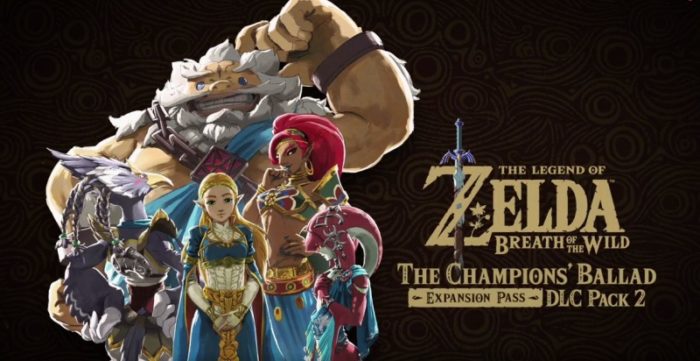 It’s been nearly six months since Nintendo announced that The Legend of Zelda: Breath of the Wild would receive a pair of DLC packs in 2017. The first pack released in June while the second still doesn’t have a release date, but could it be revealed next week?

Over the weekend, Nintendo announced that Japanese streaming service NicoNico will host a Breath of the Wild broadcast on December 12 at 7 a.m. EST. Included in the broadcast will be a focus on Japanese musician and voice actor Ichiro Mizuki’s clearing of all the game’s trials from June’s Trial of the Sword DLC. Nintendo is also soliciting players to submit their memories of playing through the game with selected entries being shared on the broadcast.

There’s no specific mention of The Champions’ Ballad, unfortunately, but with 2017 fast coming to a close, it would seem this is one of Nintendo’s last chances to reveal the DLC’s release date if it still plans for it to be this month. Producer Eiji Aonuma said that was still the plan in October and that the Nintendo eshop was updated in November to state The Champions’ Ballad would release this month, that would seem to be the case.

Alternatively, Nintendo may want to use Thursday’s The Game Awards as a platform for the announcement. It’s notable that Breath of the Wild is a Game of the Year nominee at the annual awards show.