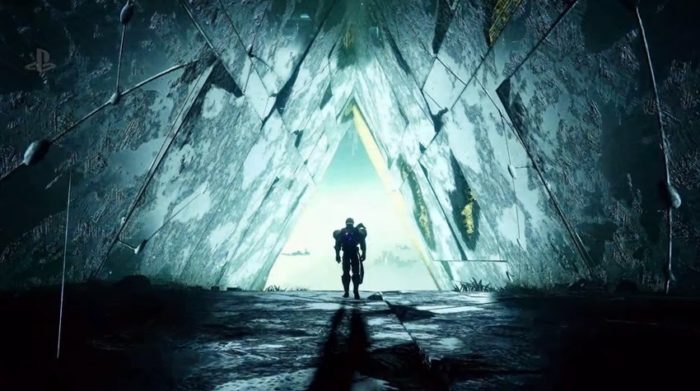 Note: This not our final review of Destiny 2: Curse of Osiris. It covers our impressions of the expansion’s story campaign, and the new Mercury location. Everything else like the post-game content and the new Raid Lair, will be discussed in the full, scored review. We’ll keep this pretty much spoiler free, but if you want to go completely into Curse of Osiris 100% blind and free of even the most minor of spoilers, you shouldn’t read on.

After completing Destiny 2: Curse of Osiris’s campaign during a preview event at Bungie studios, writers invited to the events were allowed to participate in a group Q&A. Many of us, wanted to attack the real issues that have surfaced since Destiny 2’s impressive launch. However, we were reminded that the Curse of Osiris team exists to tell a new story, and to give players a new experience. What about stuff like how rewarding strikes are? That’s up to the live team to figure out. Fair enough. So for right now, for this still in progress review, let’s put aside issues that the live team will be addressing, and just hone in on the meat and potatoes of what we were able to play of Curse of Osiris so far.

Despite what the title of the expansion might lead you to believe, the story isn’t that much about Osiris. In fact, he’s MIA for a good portion of the campaign. Instead, Curse of Osiris is more about you working together with Osiris’ ghost, Sagira, to unravel the mess that Osiris discovered. You’ll go down the Vex rabbit hole and see what exactly they have been up to since the last time they were the primary antagonist back in vanilla Destiny 1. Needless to say, you’re going to be fighting lots and lots of Vex.

The Vex aren’t nearly as interesting as the Cabal are since their motives are more or less to just to kill anything that isn’t Vex and it doesn’t get much more complicated than that. There is a big bad called Panoptes, but at the end of the day he’s just a giant scary Vex. That’s OK though, if Mass Effect taught us anything, is that you can make unfeeling killing machines menacing if you leave their motives a mystery beyond human comprehension.

To this point, a lot of the Vex’s inner workings have remained under wraps and Curse of Osiris is the first expansion to really dive into how the Vex sausage is made. Unlike in the Destiny 2 main story where players learned that the Cabal are a lot more complicated and complex a species than the original game lead on, Curse of Osiris shows that the Vex are even more darker and messed up than we thought. Sadly, the campaign lacks a charismatic villain to give the story some much needed emotional punch, but the journey throughout all of the incredible stops along the way does make up for it. Mercury, the Infinite Forest, and the other places you’ll visit (we don’t want to ruin the surprise), are fascinating, and if you’ve been intrigued about the lore around Mercury and Osiris, you’re in for a treat.

My only small concern with the story is that Curse of Osiris feels very isolated from everything else that has happened so far in Destiny. It’s a very focused tale. That said, so was The Dark Below and House of Wolves, and Bungie successfully weaved the characters and events that took place in those expansions into future narratives to make their impact felt permanently. So I’m optimistic that will happen again. Overall, the arrow is continuing to point up when it comes to the storytelling in Destiny 2, as well as Bungie’s ability to leverage the alluring world, rich with lore that they created.

Instead, my biggest gripe is Mercury itself. If you’re like me, and have been dreaming of exploring Mercury since you first played a Crucible map on Burning Shrine, Curse of Osiris’s take on the locale is, well, just OK. The Fields of Glass, the space you’re able to explore in Mercury feels quite small especially when compared to places like Io, Earth, and Nessus. It’s a big circle that if you could call your sparrow (you can’t) wouldn’t take you long to traverse at all. Yes, the sliver of Mercury Destiny 2 allows players to explore is pretty, features the best public event to-date, and includes other activities we’ve seen already, and some we haven’t been able to play yet. But still, there just isn’t a lot of it to be frank. I wanted to gorge myself on Mercury, but instead I got a few bites of delicious steak that was tasty, but still left me famished.

It doesn’t help that the campaign whisks players away to the Infinite Forest most of the time. There’s nothing wrong with the Infinite Forest, it’s also very cool looking in its own right. This might just be a “me problem” but I was looking forward to a Mercury expansion that put the first planet from the sun front and center. The Infinite Forest steals the show and it seems like the opportunity to have Mercury be the star has been missed. This is compounded with the recent news that instead of having a raid that takes place on Mercury, a way to salvage the paltry amount of Mercury proper we get access to, that the “raid content” for Curse of Osiris would be taking place on the Leviathan again.

Still, that said, while the size and scope of Mercury is definitely disappointing, I’ll reserve judgement on the quality, and depth of the content within it until I’ve had a chance to fully explore Curse of Osiris’ post game content.

Resigned to be forever wishing we got more of Mercury, I’ve moved on to holding out hope that the new Raid Lair, and other new end game content, like Lost Prophecies and the Forge will diversify the current routine and keep me hooked. Next week after the Raid Lair launches and we get to play that more of the other post game content, we’ll return with a new, finished review, complete with a score.