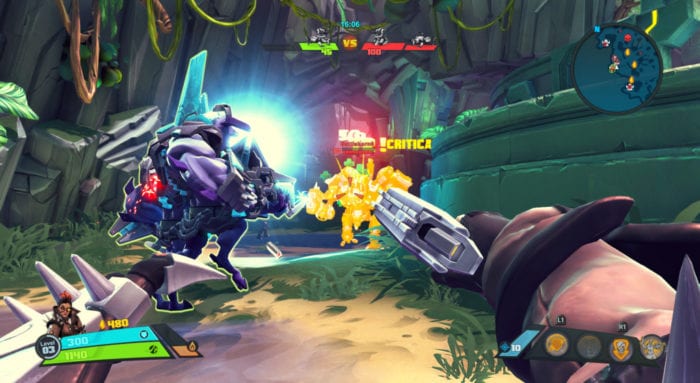 Hi everyone, Ed here. I’m your resident token Battleborn apologist for Twinfinite. I’m here to tell you that Battleborn still exists, and is a game that you can play. As you may have heard somewhere, sometime, it wasn’t as successful as some people, may have hoped. Something about it trying to compete with Overwatch and bad marketing. It’s more of a perceived failure than an actual one, but it certainly never had any long-lasting mainstream appeal. At the very best, if you wanted to be really kind, you could call it a “cult classic.”

Oh well, what’s done is done. Today, we’re looking forward. Because today, there is going to be another community driven, Battleborn Day event. In case you don’t know what that is, it’s a day where apologists like myself all get together, play some Battleborn, in hopes of it helping other players realize that it’s actually a fun game worth playing. Gearbox, interested in supporting their small, but fiercely loyal community has, and is continuing to, support the event.

Battleborn Day, which will span the entire weekend, will feature some bonuses that mostly just hardcore players will care about, but will also have one double XP boost thrown in, plus free log-in bonuses which include skins, and will have all characters available on free rotation. It’s nothing that’s going to blow you away, but free stuff isn’t really the motivation behind it. It’s more about players coming together than anything else.

Listen, Battleborn is far from the greatest game of all time, and we’re not going to sit here and tell you that it failing to be a massive hit is some kind of miscarriage of justice. That said, it certainly deserves a lot better than what it got. It has evolved a ton since launch when you take into account new characters, maps, and balance tweaks, and has always been a very accessible and enjoyable MOBA for consoles (PC too, but there are a lot more MOBA options on PC obviously), especially if you’re playing with friends. If you’re a fan of Borderlands, it shares some gameplay elements, and the game’s heroes (aka Battleborn) exude that Gearbox charm and humor.

The competitive multiplayer is free-to-play, so there’s not a lot on the line if you’re on the fence about trying it out. The community, from my experience anyway, has been extremely welcoming and appreciative of newcomers that want to try the game out as long as you’re willing to seek them out either on the game’s Reddit page, or the official forums.

Today is the community’s big day, so if you had remotely any interest in giving Battleborn a go ever, or want to return, you hopefully won’t have a hard time finding groups to play with or queuing up.

I can say plenty of nice things about Battleborn, but at the end of the day it won’t really matter. The game isn’t completely dead, but the chances of a revival that brings the player base up to a level that is at least close to the most popular multiplayer games of 2016 is extremely unlikely. Gearbox has put it out there that they are done supporting the game. So this Battleborn Day, could very well be the last time the game gets any kind of attention and love.

So if you’re bored this weekend and aren’t interested in the hilariously cruel Overwatch free-trial going on, go play some Battleborn. If you’re like me, and really enjoyed Battleborn, but haven’t played in a while, go get some precious play time in this weekend. 2018 is around the corner, and with it comes the promise of lots of new games worth playing. I can only keep Battleborn in my heart for so long.