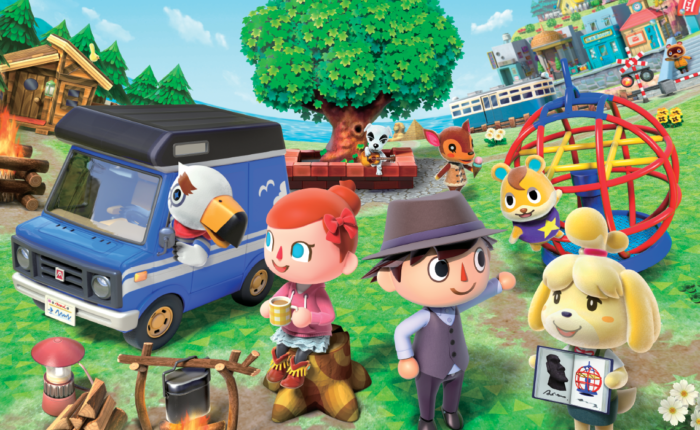 The Nintendo Switch has had a pretty great first year, starting things off with The Legend of Zelda Breath of the Wild, and now Super Mario Odyssey is just around the corner. Plenty of Nintendo’s biggest franchises have appeared on the system with Pokken Tournament, Mario Kart 8 Deluxe, Splatoon 2, and Fire Emblem Warriors. Even better, their other big series like Kirby, Yoshi, Pokemon, and Metorid are on the way next year. For as impressive as that lineup is currently, there’s one glaring omission: Animal Crossing.

Animal Crossing is easily one of Nintendo’s best selling franchises, with the most recent full entry, New Leaf, selling over 11 million copies. It’s a bit strange then that we haven’t at least heard confirmation of an Animal Crossing game even being in development for Switch. Even though we know virtually nothing about them, Nintendo has confirmed that Metroid, a brand new Pokemon, and Fire Emblem are currently in development. It’s especially baffling considering what a good fit Animal Crossing would be for Switch.

The handheld Animal Crossing games always sold much better than their console counterparts, probably because of the carefree nature of the series that just lets you hop in for a few minutes here and there. While mobile phones are also a good fit for this, Pocket Camp would be the perfect time to promote into a full-fledged entry.

Pocket Camp certainly seems like it adheres to the core ideas of the series, but some fans may not be interested in it simply because it’s a mobile title. Nintendo will need to do consistent updating to the app to have it keep the same kind of longevity that other games in the series have. While the mobile game may do well with microtransactions, it just doesn’t have the same pull that a big new console/handheld entry would.

The Nintendo Switch has some serious hype behind it, and games like Super Mario Odyssey and Xenoblade Chronicles 2 are only helping to pump that up even more. Nintendo needs totally unique experiences you can only get on the Switch, and Animal Crossing fits that bill. The portability of the Switch is its biggest selling point, and that could lend some interesting features to Animal Crossing.

Putting co-op in the game would allow anyone to take their Switch with them on the go, and have a friend jump into their meticulously built town at any time, either with a dock or simply in handheld mode. Imagine also being able to link up multiple Switch systems to explore other’s towns, or maybe even play mini-games together. Of course, you’d be able to go online to do these things as well, but it could make Animal Crossing an interesting party game to see how different everyone’s towns are, and what you can do in each one.

At the same time, Nintendo has taken great strides with Zelda and Mario, allowing both series to really breathe with a new style of open world. This is something that could absolutely benefit Animal Crossing. Using the Switch to really push forward the design of the series would be indicative of where Nintendo is at right now. It’s so easy to get invested in your Animal Crossing town, imagine how that could change if you were given an enormous open world to explore at the same time.

Focus on building up and running your town, or city, and then go out and explore. Meet with other cities to sign trade agreements, or visit their unique stores. Explore islands, forests, whatever else Nintendo wants to give us. While the Animal Crossing series still enjoys immense popularity, its design hasn’t altered all that much over the years. However, now’s the time to really figure out how the future of Animal Crossing is really going to play out. Of course, the Switch still has amiibo functionality, so all those figures and cards released so far could still find a use on the system, along with some new ones.

There’s so many ideas that could be implemented in a new Animal Crossing, and the Switch presents a lot of opportunities for the series. Considering Animal Crossing is the third mobile game Nintendo is putting out, it’s clear how much it means to the company. 2017 has built some tremendous momentum for the Switch, carrying over into next year with an early release for Kirby. If Nintendo wants to keep up their one a month release schedule for their games, they’re going to need to reveal a few more titles coming next year.

Fans have been clamoring for Animal Crossing on Switch since the system first released, at some point Nintendo will probably deliver. The Switch had two marquee games this year with Zelda and Mario, and 2018 could be the same way. With a full-fledged new Pokemon on the way, all Nintendo needs is an original Animal Crossing next year to seal fan’s interest and excitement for the future of their system.