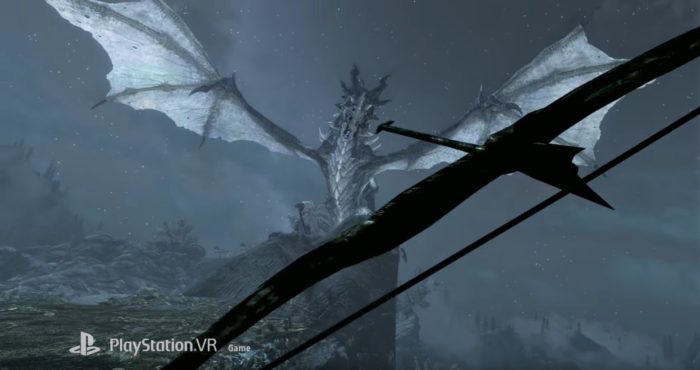 As October wraps up it’s time to look forward to November 2017 for all of the VR game releases coming to HTC Vive, Oculus Rift, and PSVR. Probably the largest and most anticipated release for this coming month is The Elder Scrolls: Skyrim VR finally coming to PSVR on Nov. 17. You’ll be able to take a first-person glance into the world of Tamriel using either the regular Dualshock 4 or PlayStation Move controllers, with the game in its entirety made VR compatible including all three DLC packs Dawnguard, Hearthfire, and Dragonborn as well. Although Skyrim VR is currently a PSVR exclusive, Bethesda has confirmed it will also be coming to HTC Vive sometime in the coming year.

The tag-along DLC for Final Fantasy XV is also releasing this month for PSVR, Monster of the Deep will allow you to join main characters Noctis, Ignis, Prompto, and Gladio in fishing expeditions to find what monstrosities are lurking in the depths. Also releasing this month is the charming and colorful GNOG for both HTC Vive and Oculus Rift. It previously released for PSVR in 2016, and was praised for its puzzles and vibrant art style.

Check out all the rest of the VR releases coming this month below. Included are all those that have a confirmed release date for November, are set to release sometime in the month, and a few which are said to release in Fall 2017 but have yet to get a finalized released date at the time of writing.

If you still need to catch up on all the VR games that released in October 2017, you can see that list here.

Oculus Quest 2 Coming for $299 this October; Rift to Cease Production