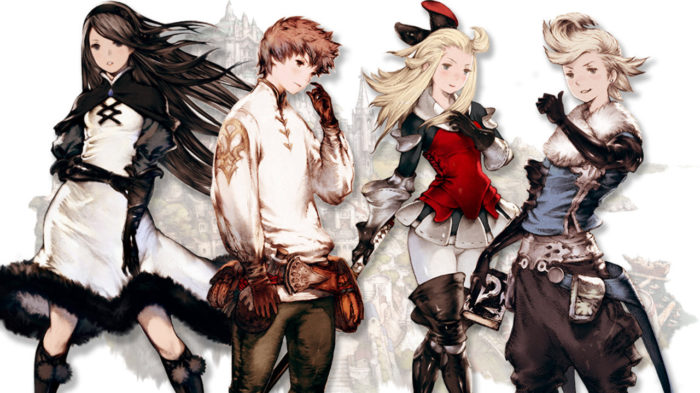 Final Fantasy has had an unarguable impact on RPGs and gaming in general, helping to solidify what it means to be a turn-based RPG. After the 90s RPGs, especially turn-based ones, started to decline in popularity and quality as they failed to adapt to the changing landscape and technology of gaming. You can find various discussions across the internet debating all the reasons for this decline, but until recent years JRPGs had certainly been out of the limelight.

There are a few interesting games that have adapted their own unique twists on turns, like Lost Odyssey’s timing rings or Radiant Historia’s combo system. None have been quite as interesting or unique as Bravely Default though, a fascinating little JRPG that released on Nintendo 3DS five years ago, hugely reminiscent of classic Final Fantasy games, while also modernizing their systems. Even better, Bravely Default manages to subvert certain established expectations of JRPGs, and give us something we aren’t expecting.

Before we go on, a warning that there may be slight spoilers ahead for Bravely Default’s story. We’ll try and avoid any major story spoilers, but some things may be brought up when discussing the game.

In truth Bravely Default almost feels exactly like a new Final Fantasy game, taking place in the world known as Luxendarc that uses magical crystals to flourish and keep the darkness at bay. It’s the same basic setup as Final Fantasy, even giving you a four-person party who have clashing personalities. You have Tiz, the lone survivor of a decimated city, Agnes, vestal of the Wind Crystal, a defector of the Eternian Empire named Edea, and the amnesiac ladies’ man Ringabel.

Much of Bravely Default is done in a whimsical style, down to its art direction, story, and soundtrack. The game resembles the DS port of Final Fantasy IV, or Final Fantasy: The Four Heroes of Light, with gorgeous hand-drawn backdrops for cities and dungeons. Actually, Bravely Default started as an action-RPG sequel to The 4 Heroes of Light, with producer Tomoya Asano returning to direct Bravely Default. Over the development cycle, however, the game’s style drastically changed and Silicon Studio came on board for development.

The game uses its Final Fantasy template to belay much of its story, however, halfway through flipping the script on players and changing what the entire point and theme of your journey is. This twist is deliberately playing with player’s expectations on what a standard JRPG is, and from there it throws a few curve balls into the mix. The story isn’t the only place where Bravely Default alters expectations though.

Despite its story setup, what really makes Bravely Default stand out from the pack is its battle system and systems. It does multiple things to both streamline and make turn-based combat, as well as exploration, more engaging. The main crux of battle revolves around the brave and default mechanics. By defaulting, you can build up brave points  (BP) for use and defend from damage. By using brave, you can unleash multiple actions in one turn by expending actions, unleashing multiple attacks, or combining spells and attacks. This adds a ton of strategy to battles, which are already turn-based in nature. You need to plan out attacks well, as if you overextend your BP, your party member may not be able to act for 2 or 3 turns. Sometimes this might be worth it to cause massive damage to an enemy or boss of course. As you’d expect certain enemies and bosses can use brave and default as well, throwing in another challenge for you to work around.

You can also increase the speed of battle to 2x and 4x, letting you breeze through battles if you want. These systems completely flip what we know a turn-based RPG to be on its head. Yes you do still take turns, but essentially you’re taking multiple turns at once, requiring you to really think ahead and read the battle, but also play conservatively as to not leave your party open to annihilation. Turn-based RPGs have always been known to be slow, methodical, and even boring sometimes with their combat, but this is something that Bravely Default certainly wasn’t.

This unique combat system combines with a job system that could even rival the likes of Final Fantasy V. There are 24 jobs in total that you acquire by beating bosses specific to that job, with each one granting you different abilities and strength. The jobs are all uniquely defined, and as you learn combat skills and support skills you can equip those when you change to a different job. This adds yet another layer of strategy on, as you try to use abilities that either account for a job’s weaknesses or boost it up in power. Different jobs also come with different outfits to dress up your characters.

While Bravely Default significantly speeds up battles, it also almost completely removes some of the more grindy elements you expect in a JRPG. In the menu, you can select to reduce the encounter rate or boost it upon a percent scale. You can notch it all the way up if you want to get in some good grinding, only needing to take a step between each random battle. Or if you’d like to completely do away with battles and play through story elements you can do that. This lets players adjust the number of encounters to their preference. Of course, you will still need to train a bit to keep up with story bosses. While some people do enjoy the grind, Bravely Default helped make its experience more accessible to players that might find the game’s length intimidating.

While Bravely Default did a lot right, it certainly isn’t perfect. The second half of the game can really drag with repetition, despite its story reasons for being that way. The battle system takes getting used to, and if you don’t make it very far in the game it’s certainly going to seem like the stereotypical JRPG to you. Yet despite this, putting the time in with Bravely Default can be an incredibly rewarding experience. There’s plenty of content to dig into with the main story, sidequests, and city restoration minigame. There’s also some smart ways that the game actually loops the player directly into the narrative and gameplay at the end of the game, that I don’t want to spoil here.