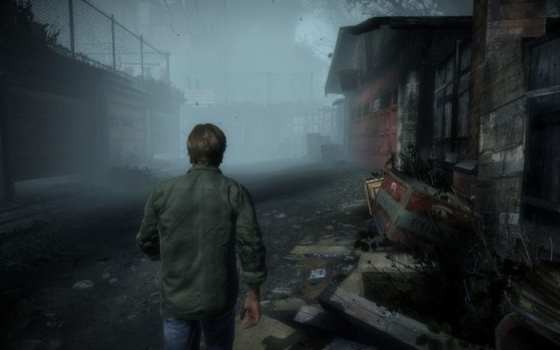 Let alone being creepy, Silent Hill is one of the most iconic locations in all of gaming. The sleepy little town in Maine is where most games in the series take place, along with a host of locations within the town like Lakeside Amusement Park and Wish House Orphanage. On the surface it looks like an idyllic small American town, but Silent Hill holds dark secrets underneath its facade.

Tons of dark stories and things happen in the town like murders, an influx of drugs, monsters, ghosts, supposed alien abductions and more. This has led to nasty rumors surrounding the town, like it being a portal to hell. Of course the truth is that the town plays host to a horrible alternate reality called the Fog World and Otherworld, inhabited by vicious monsters that seep into reality. No one can forget wandering the empty streets of Silent Hill in that horrible fog, only to be ambushed by some unseen horror. It certainly doesn’t help that air raid sirens often accompany the shift to the Fog World, only increasing the creepiness to absurd levels. Silent Hill has played host to countless scares, and memorable creatures like Pyramid Head and the Nurses. 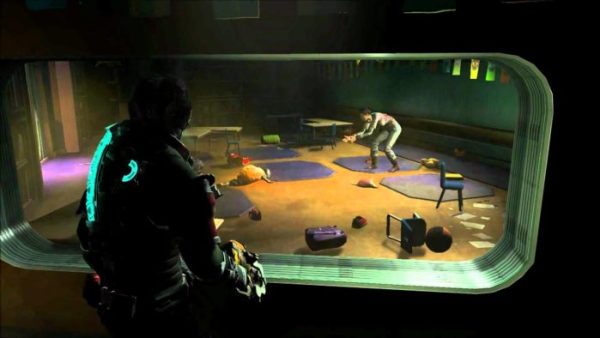 Abandoned schools can be creepy enough, but it only gets way worse when you have one on an abandoned space colony inhabited by bloodthirsty Necromorphs. Isaac encounters this horrific location about halfway through Dead Space 2, and it’s plastered in vibrant colors and cartoon characters. The broken lighting and creepy atmosphere turn what should be a happy place into an unsettling slow walk as you dread what could be around each corner. Its coloration is a stark contrast to the usual browns and grays of Dead Space environments, but that honestly makes it more unsettling.

As you travel through classrooms and a stage set for a play, you have to do battle with the Pack. These are some of the worst enemies in Dead Space 2, as they’re hordes of small Necromorphs made from the bodies of children that rush in and attack you up close. At the same time you’re ambushed by horrific crawling infants that have been turned into Necromorphs. It’s one of the Dead Space series’ most terrifying locations that’s also emotionally crushing because of the implications of what happened to the young children there.

Bottom of the Well – Ocarina of Time The Legend of Zelda: Ocarina of Time presents a grand fantasy world for players to explore filled with interesting creatures like Kokiri Fairies, Gorons, and Zora. Zelda has never exactly been horror material, but Link’s trek to the Bottom of the Well in Kakariko Village completely changes all that. This mini dungeon is a horrific place, especially in light of the bright environments that most of the rest of the game contains.

The entrance to the dungeon is guarded by a poisonous bog as well as two ReDeads, who are terrifying enough on their own. Once you enter it you’re greeted with underground caverns littered with torture devices, chains, and other items that all look like they’ve definitely been used. It gets even worse when you face the miniboss Dead Hand, an awful creature made up of some kind of flabby, tumorous mass that has patches of what appears to be blood throughout. It shoots multiple hands up out of the ground that can grab Link’s head and paralyze him while the main body attacks. The Bottom of the Well is such a strange shift from the tone of Ocarina of Time that you can’t help but get the chills while you’re wandering its dark corridors. 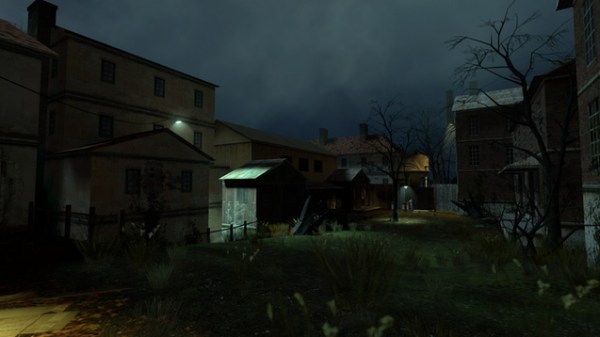 Considering the titles of the chapter at Ravenholm is “We Don’t Go to Ravenholm…” it should be a pretty good indicator of what lies ahead. The Eastern European-style town has been completely infested by zombies and Headcrabs, leading to it being completely sealed off and guarded by automatic turrets and explosives. The town is also littered with the bodies of dead humans who were annihilated when the infestation took over, on top of zombies maimed and sliced by the various traps set by Father Grigori.

Grigori is the lone survivor of the outbreak, quoting Biblical phrases as he saves Gordon Freeman during his visit to Ravenholm. Although he saves and helps Freeman multiple times, he’s certainly not totally mentally stable.The burned structures, hordes of zombies, and maniacal laughter from Grigori certainly help Ravenholm to be the creepiest place anywhere in Half-Life. 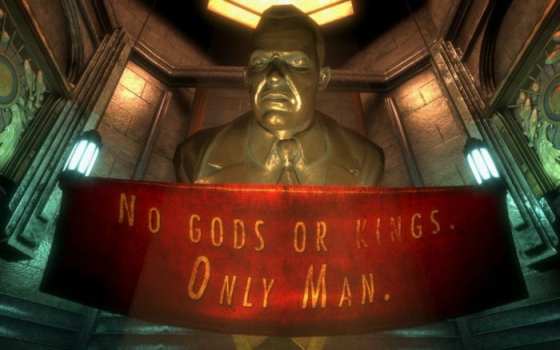 From the moment you step foot in Rapture, something is clearly not right as you make your way through the eerily abandoned underwater metropolis. Part of what makes Rapture so terrifying is just how perfectly built everything is. This was supposed to be the ultimate paradise, giving its residents absolute luxury and abilities to make life easier. Of course, Plasmids and other factors brought about the downfall of Rapture, and transforming its residents into maniacal Splicers.

Although BioShock isn’t necessarily a straight up horror game, it certainly contains all the elements that make one. The sound design can make your skin crawl as you hear odd noises and the screeches of splicers, the dilapidated neon signs and buildings show its fall from grace, and the hulking Big Daddies are absolutely terrifying to take on. Rapture is easily one of the most memorable locations in all of gaming, both for how utterly creepy and magnificent it is. 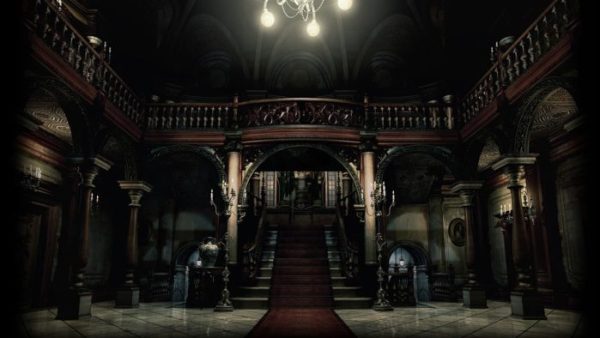 The Spencer Mansion from Resident Evil will always stand out as one of the best locations from a horror game. This sprawling mansion is where the entirety of the first game takes place, as the S.T.A.R.S. team methodically pieces their way through its confusing corridors. It’s spooky enough with its dark and dingy aesthetic, with abandoned room after abandoned room, filled with puzzles.

There’s moments that take place in the mansion that anyone who played the first Resident Evil will never forget, especially the iconic scene with dogs bursting through the window. The Spencer Mansion remains one of the best realized locations in all of Resident Evil, if not horror games in general. It’s packed with puzzles, alternate corridors, deadly traps and more. Of course, the mansion also hides a deep, dark secret that plays into the overall narrative thread of the series. 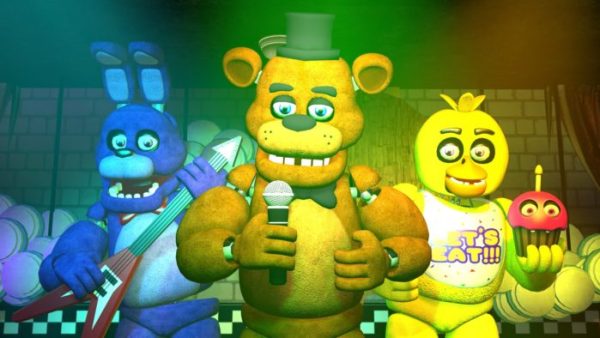 Five Nights at Freddy’s cut its way into the horror genre within the last few years, and for good reason. It appeals to those nightmares anyone had of animatronic mascots coming alive, which if you’ve seen one you’ve definitely had. During the day Freddy Fazbear’s Pizza is your typical hot spot for kids and families to get some dinner and have fun. At night things take a much darker turn, however, as you find out when you play as the new nighttime security guard for the establishment.

The restaurant underwent substantial rebranding after a notoriouis event in which someone dressed up in an animatronic suit and lured five children into a backroom. The children’s bodies were never found. Now with the start of the first game the pizzeria is in danger of being shut down, due to a horrid smell and complaints of blood and mucus seeping from the animatronics. Of course, all this gets confirmed when the machines come to life at night and try to kill you. Five Nights at Freddy’s is an intense experience, as you flick through different security cameras trying to keep an eye one each of the terrifying animated characters. The pizza restaurant would be scary enough in the dark, without a bunch of bloodthirsty machines trying to kill you. 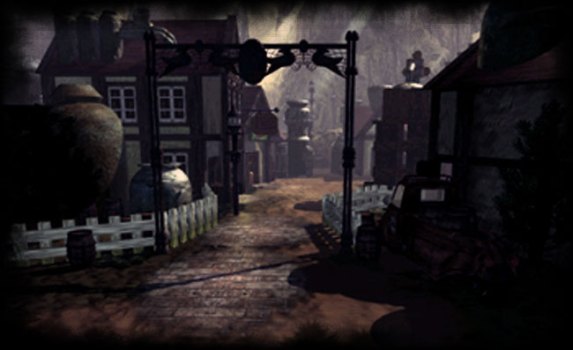 Final Fantasy VII has some pretty eerie locations spread throughout the game, like the slaughter at Shinra Tower, but none stick with you quite like Nibelheim does. It’s a location that plays an important role in both the overall story and Cloud’s life, and there’s just something unsettling about the place. Tragedy has befallen the town more than once, and walking into it for the first time in the game gives you the creeps. There’s a depressing feeling about the town, only strengthened by the music. Of course, once you go into Shinra Manor things get even worse.

The dilapidated mansion is filled with monsters, creaking floor boards, possible signs of ghosts and more. The undead Vincent Valentine sleeps in a coffin in a dark tunnel below the house, and a huge library and laboratory are also tucked away in the depths. Part of what makes the town so eerie is that it’s the location where Sephiroth finally snapped and started to lose it. Combine all of this with the Mako Reactor on Mt. Nibel, where Shinra was performing unnatural genetic experiments, and you’ve got a town with a dark past that’d feel right at home in a horror movie. Anyone who’s played Final Fantasy VII will never forget the shot of Sephiroth walking through flames, after he basically burned Nibelheim to the ground. 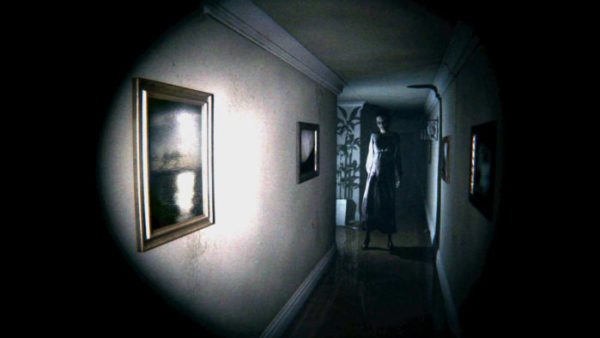 P.T., also known as Silent Hills, took the industry by storm when it stealth released on PS4, making fans unravel its many secrets to discover it was a teaser for the new Silent Hill game. Although the game and the demo aren’t even available anymore, it’s definitely stuck with fans to this day, even inspiring bits of newer horror games like Resident Evil 7.

Most of P.T. takes place in a singular hallway, dimly lit, and filled with noises to make you paranoid. The twist here, of course, is that the hallway loops over and over with things changing, only to become more horrifying. Later on you hear a baby crying, allowing you to open the door to the bathroom and find a deformed child in the sink. Add the creepy ghost that can attack you, Lisa, and you’ve got one terrifying experience even though it only takes place in a few rooms. The brilliance of P.T. lied in using one singular location to scare you, altering and warping it in awful ways as you keep going through each time loop, and requiring you to solve cryptic puzzles in the process. It’s a true shame that we’ll probably never get to see the full version of Silent Hills actually come to fruition. 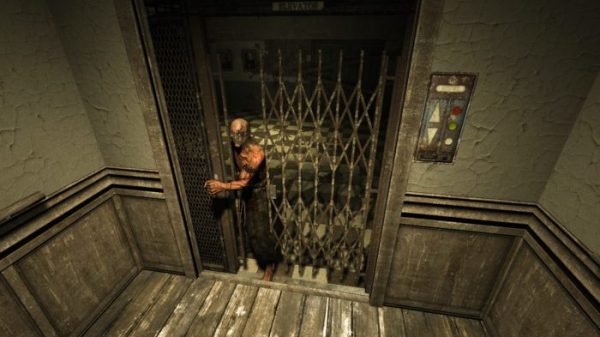 Insane asylums are usually a pretty perfect setting for horror movies, and Outlast certainly fits the bill. The game casts you as an investigative journalist, exploring the foreboding Mount Massive Insane Asylum in Lake County, Colorado. As you might expect, the Asylum is a nightmare right from the get go, with the bodies of workers and staff strewn everywhere. Inmates have now taken over the building, roaming the grounds, and a cult created by a few inmates that believes your character was sent by god.

The inmates and people trying to kill you are bad enough, but the rickety building for Mount Massive looks like something out of a nightmare, with the creaks and groans to go along with it. The Asylum also holds a much darker secret, a laboratory hidden underneath the building that was used to experiment on inmates with nanomachines. As if the big old building with people trying to kill you wasn’t enough, you get to explore an awful laboratory too. 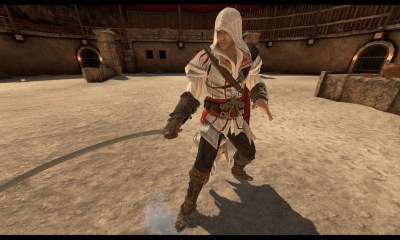