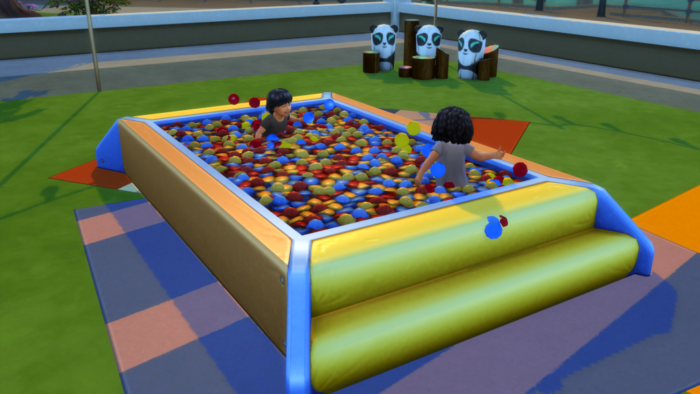 Previously, we reported on a ball pit in The Sims 4’s Toddler Stuff expansion, where there was a low-quality texture that seemed flat and pretty bad-looking when compared to the rest of the game. The Sims 4 community wasn’t too happy with the way the ball pit looked when it made its debut, leading one particular member to create her own version of the pit with several different individual balls.

The Sims Team has actually updated the ball pit now to give it a more curved surface, with individual balls now popping ut of the surface while your Sims are playing within its confines. It doesn’t look nearly as great as the ball pit with several polygons inside of it, but it looks far better than the old low-res image did, and it’s a lot more natural than it was before.

The Sims Team does indeed pay attention to fan feedback, if this is any indication. If you’re a hardcore Sims player, you’ll want to check out the improved look for the ball pit next time you decide to jump into the game.