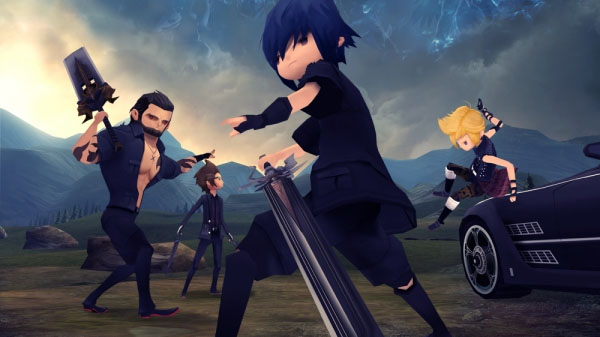 Final Fantasy XV: Pocket Edition is something that Square Enix hasn’t quite tried before. It’s a mobile rendition of Final Fantasy XV, sized down and perfect for taking on the go. It’s a streamlined version of the full game that relies on simple touch controls that’s comprised of ten different episodes

You can try the first for free, but if you want to play the rest of the game you’ll have to pony up. Luckily, there’s a new video by way of IGN that showcases the first ten minutes of the game so you can have some sort of inkling as to how the mobile adaptation will actually play out.

If you’ve played through the original game in its entirety you may have less reason to want to try this one out, but after taking in its unique brand of character models and the simplistic manner in which you move through each chapter, you might change your mind.

There’s no word yet on what the exact launch date for the game will be, but it’s currently targeting a fall release. Hopefully it debuts before October, because that’s a ridiculously busy time. Seriously, have you been keeping track of all the new releases that month? It’s crazy.

Check out the new footage below.