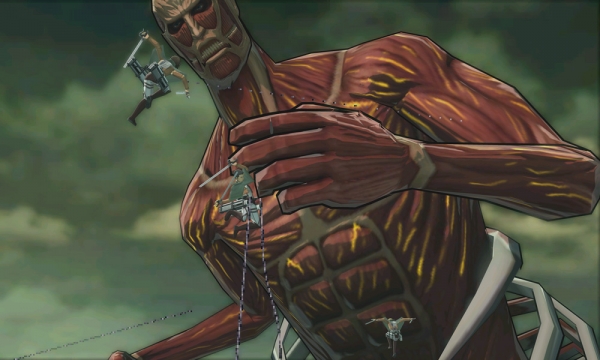 Attack on Titan 2: Future Coordinates is the sequel to the prior 3DS game Attack on Titan: Humanity in Chains, which left a lot to be desired in terms of both gameplay and fanservice for eager TV viewers looking for something more. Spike Chunsoft has let new details fly about the sequel’s upcoming Story Mode and World Mode, both of which will feature plenty of Titans shambling around like enormous zombies.

The regular Story Mode will feature content from season 2 of the Attack on Titan anime, and players will relive the story as this campaign unfolds. There will be special chapters, such as the Future Coordinates Chapter, where the playable character will change as far as how the story has progressed, and there will be additional playable characters to assume this time around. You’ll also get the chance to control a Titan, without spoiling anything about the events of season 2.

World Mode will let you create your own custom character and complete various missions, as well as create your own army and base and protect them from the advancing Titans. Base crafting and army building will be an important part of the game, so if you’re interested in making your own characters and pitting them against the man-hungry Titans, this entry should certainly tickle your fancy.

Attack on Titan 2: Future Coordinates is currently slataed for a November 30 launch in Japan, with no North American release date in sight just yet.