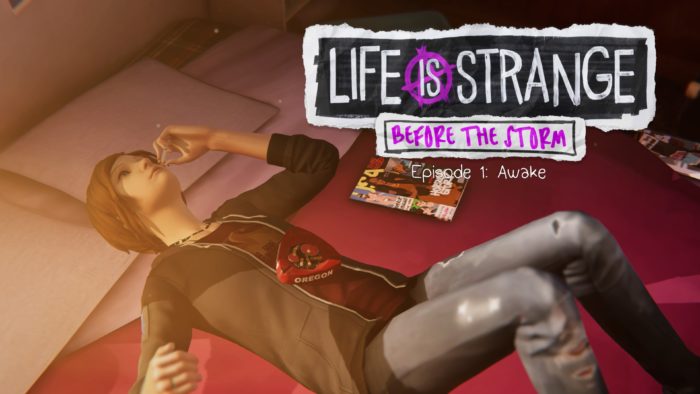 Life Is Strange: Before the Storm – Episode 1 on PS4 Pro

If you’re wondering how a prequel to Life Is Strange can work without Max’s supernatural powers, you’re not alone. It’s something that led to me having tempered expectations going into Life Is Strange: Before the Storm. How would this feel different from other decision-based episodic series such as those by Telltale Games? While it doesn’t feel quite as unique as its predecessor, Before the Storm’s first episode is a strong start to a mini series that I’m sure will keep plenty of fans happy until DONTNOD’s next series.

Life Is Strange: Before the Storm focuses on Chloe Price, the badass best friend of the original series’ protagonist, telling the tale of how she and her complete opposite, Rachel Amber, ended up becoming such good friends. Before the Storm starts off with these two teen girls bumping into each other at a seedy rock show, and from there, we get to learn all about the (up until now) elusive Rachel Amber. Seeing the development of this relationship, even just over the course of this first episode is a rollercoaster of emotions. There are highs and lows, and fans get to see a more vulnerable and sincere side of Chloe not often explored in the original series. One that stumbles for words, and struggles to come to terms with the idea of someone actually taking the time to really get to know her.

Alas, despite all of the things I love about Before the Storm’s writing, the big reveal of the episode can be seen coming a mile off, and the cliffhanger ending feels a little bit out there, even for angst-ridden teens. It’s still enjoyable to watch the clichéd action play out, but it didn’t catch me off-guard like several moments in the first series did. There are still two episodes to go, however, so there’s plenty of time for things to pick up now that the introductions are out of the way and the ball’s rolling.

Fans will also be pleased to see some familiar faces returning to fill out the cast, who feel just as realized and true to their core traits as they did in the first game. Though these were only brief run-ins in the first episode, I can’t wait to see how Chloe’s interactions with these characters in future episodes play out, and how these feed into those same characters’ perceptions of her in the original game. It’s for this sense of seamless continuity with its predecessor that Deck Nine should be commended. Not once did Before the Storm feel out of place or inferior to its beloved predecessor.

Going much further into the story would be a disservice to Before the Storm. This is a game that’s as much about following the twists and turns of its story as it is about the decisions you make along the way. However, just know there’s plenty of teenage angst, corny lines, and questionable decisions that seem to be synonymous with the rebellious Price.

Chloe herself is just as strong of a character voiced by Rhianna DeVries as she was under Ashly Burch. Sure, fans will notice the difference, but Burch’s input as a story consultant ensures that Chloe’s younger self and new replacement are just as true to the character as possible. On countless occasions, Chloe’s humorous, yet cynical approach to life had me smiling away, particularly as she leans back to flip the bird at some thug as she runs down the stairs. This is particularly prevalent in Chloe’s diary, where you’re able to read character bios and letters to Max that she’s written (but never sends). They provide a typical Chloe breakdown of events and characters, while also, at times, providing an in-depth look into her innermost feelings towards other characters.

Without a rewind mechanic, Before the Storm feels a lot less like a supernatural tale and more of an engrossing teen drama. Replacing Max’s rewind ability is Chloe’s Backtalk. This is basically those classic arguments teens have with figures of authority. You’ll throw insults at someone, wait for their retort, and then own them with a comeback your teenage self would be proud of. Although if you don’t find the right way to turn the argument back at the other person, just like in real life, your verbal attack could backfire on you. It really helps to immerse you in the role of Chloe and is certainly a unique mechanic that fits her badass, teen self. Having these little mini-game, quick-fire insult battles for major decisions or turning points in conversation feel like a more significant part of the experience than they did in the original series, helping to cover the absence of the time mechanic.

Backtalk also just purely makes sense for this new protagonist. After all, Chloe is a wise-mouthed teen who knows how to handle herself and doesn’t mince words. As such, though the option to Backtalk may be there, I found myself sometimes looking for another, less hostile approach to a situation. One that wouldn’t damage a relationship with another character and come to bite me in the ass in the short or long-term future.

As a whole, Before the Storm’s first episode is another quality chapter in the Life Is Strange story. Though it may be heavy-handed with its story at time, it just felt right to be back in Arcadia Bay and getting to know the younger versions of all its citizens. While Deck Nine has made changes to the gameplay, the game’s visuals don’t look a whole lot better than the originals that released two years ago, though this largely comes down to the art style chosen. Still, there were times that textures looked a little muddier than I would have expected, pulling me out of the experience a little, though never enough to seriously detract from my enjoyment. Yet, from its spectacular original soundtrack by Daughter that helps to encapsulate the mood of particular scenes, to the familiar visual style, Before the Storm just feels like more of the same Life Is Strange core experience. Sure, you’re following a different story, but that doesn’t make it any less engaging.

Before the Storm’s first episode is an excellent starting chapter for this prequel. With a strong, endearing protagonist in Chloe, a deeper choice and consequence system than the original, and some intriguing mysteries surrounding the story, I found myself invested in Arcadia Bay once again, and it feels hella good.