When Square Enix announced a chibi-looking Final Fantasy game that includes a cast of classic Final Fantasy characters and monsters, I was very eager to get my hands on it, especially since there was a monster-catching mechanic akin to the Pokemon series. World of Final Fantasy is a turn-based RPG that has a unique mechanic that lets you stack monsters on top of each other to boost stats; monsters have different classes of size and having the perfect party of Chocobos and Cactuars will make your adventure through Grymoire that much easier.

The lighthearted story, comedic dialogue, and the ability to capture monsters and level them up makes World of Final Fantasy very similar to the mainline Pokemon series but instead of facing gym leaders, you’ll face huge famous summons like Ifrit and Shiva.

Gaining popularity in Japan first, Yo-Kai Watch was sometimes notorious for being a Pokemon clone that wasn’t as good as Pokemon; other critics saw the potential of Level-5’s kiddie RPG and noted it as being excellent all on its own, causing the franchise to acquire multiple sequels, an anime, a manga, and would eventually go across the ocean and reach western audiences.

Yo-Kai Watch is all about finding spirits called Yokai and capturing them to use in your party to then battle other Yokai. All of the Yokai talk and cause mischief throughout the world and it’s up to Nate with the help of his magical watch to assemble the strongest team and make friends in the progress. Unlike Pokemon, Yo-Kai Watch’s battle system is used entirely with the 3DS’ stylus and is not as deep as Pokemon’s. The Yokai that you choose to battle with sort of attack on their own but it’s your decision when to switch em out and when to use their special attacks which are set in motion by playing touch-screen minigames.

Yo-Kai Watch is meant to be a children’s game so Poke-vets might have a tough time forgetting the deep system of Pokemon and dumbing it down a bit to enjoy what Yo-Kai Watch has to offer, which is a cute yet engaging RPG that doesn’t require too much thinking.

Studio Ghibli films like My Neighbor Totoro, Howl’s Moving Castle, and Ponyo are well respected for their beautifully animated visuals and characters; Ni No Kuni is no different. Playing through Level-5’s captivating RPG is just like watching a Ghibli film and is one of the most alluring games that I’ve ever played, especially when it comes to looks; Studio Ghibli produced all of the cutscenes for the game, and it most definitely shows.

The main character Oliver is on a quest to save his mother from an evil witch, hence the title. Along his journey, he gets the power to befriend and tame familiars, which are the names of the creatures that you find. Each of your party members have familiars as well and they go on the battlefield with you, which is an open arena that has you controlling Oliver, casting healing spells and magic attacks while babysitting your familiar to make sure it doesn’t faint. And if you’re looking at the art style and thinking that this game is easy or for kids, you would be mistaken. Later on, Ni No Kuni gets extremely difficult and requires the utmost strategy and the right familiars to get the job done. The well-written story and the visuals alone make it worth spending some time with this game, especially if you’re a fan of animated Japanese films and JRPGs. There’s also a sequel that is coming out soon, so there is no better time to jump into the series.

The one and only Kingdom Hearts game to grace the 3D handheld that was Kingdom Hearts 3D: Dream Drop Distance. The game bridges the gap between Kingdom Hearts 2 and the long-awaited Kingdom Hearts 3, and is a must-play for any fan of the franchise. Being on the 3DS, console owners might have pushed the game to the side thinking that it was just simply a spin-off and nothing more, when it’s in fact a very important title that pushes the story in the right direction.

Kingdom Hearts 3D contains your typical action RPG gameplay that KH fans know and love but the 3DS game pushes the envelope further and adds in flowmotion that lets you perform actions like bouncing off walls, swinging on poles, and grinding on rails. And not only do you switch off between Riku and Sora throughout the story, but there are some other friends to help out the duo in the form of Dream Eaters. You can create these spirits by experimenting with recipes and fusing items and spells together. They can help you on the battlefield and you can raise their stats by feeding them, petting them (which is adorable), and by playing mini-games with them.

Using the Dream Eaters to your advantage will ultimately make the Mark of Mastery exam that much easier. And who doesn’t like to pet the top of a critter’s head with a stylus and making hearts come out of them? 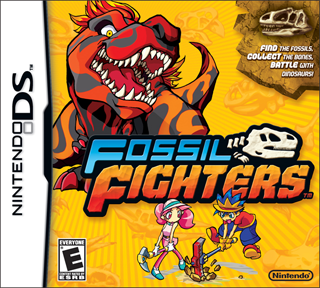 This dinosaur combat game has you in control of a Vivosaur tamer in a world of, you guessed it, Vivosaurs, which are the names of the dinosaurs that you’ll be taming and fighting with in battles against other tamers. You’ll find these dig sites that contain lots of secret fossils which then starts a excavating mini-game that uses the DS’ touchscreens. You use drills, pickaxes, and even the microphone to revive the Vivosaur to then use in your party, and if you do too much damage to the fossil, then there’s a chance that it’ll shatter on you causing you to lose it.

The Vivosaur battles are 3 on 3 and actually require some thinking beforehand since you can see your opponent’s monsters before you get into the fight. Also, battles are not just about power levels like Pokemon, you don’t have to grind since fighters are almost always on the same level as you. It’s like a game of chess when it comes to picking the right Vivosaurs and crushing your opponent’s team. You can grind as much as you would like, but it won’t help you in the long run like in Pokemon. The battling aspect of it and the presentation makes Fossil Fighters a tasty Pokemon counterpart that does enough to separate itself from the latter and is a great RPG to pick up on the DS.

Spectrobes is kind of under the radar in terms of popularity but it was actually the first original intellectual property by Disney Interactive Studios and managed to not only get one, but two sequels – one for the DS and one for the Nintendo Wii. Spectrobes managed to create unique monster designs that rivaled Pokemon’s when it came to how cool they looked. Similar to Fossil Fighters, you revive monsters from fossils to bring them back to life and can then feed them minerals to evolve/level them up. Battles transport you to an arena but take place in real-time instead of utilizing a turn-based system like Pokemon; you fight side-by-side with two of your Spectrobes who can use powerful specials.

You explore 3D environments in the Nanairo space system and traverse the multiple planets to fight through lots of Krawl, which are the name of the enemies in the world. Spectrobes contains elements from a ton of different RPGs but the franchise is pretty special if you ask me and if you can find the game, the multiple sequels will be there for you if you want to try out the series for yourself and see just what the heck Disney came up with. 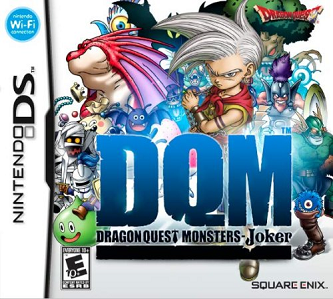 Dragon Quest Monsters: Joker is all about taming monsters and getting them to battle others. You play as a monster scout named Joker who wishes to compete in a scouting tournament and must tame monsters to use in your party. In typical Dragon Quest format, the combat is turn-based and you control three monsters at a time and issue commands to them. Joker is never present in the battles unless he’s healing his monsters or using some sort of item on them.

You travel around these islands in hopes of becoming the winner of the tournament in lush 3D environments – a first for the Monsters series – and capture Slimes and whatnot, while competing with other tamers.

Okay, let’s just get it out in the open before we continue; Pocket Mortys is straight up a Pokemon imitation with characters from the Rick and Morty series, but that doesn’t mean that it can’t still be fun, right? The monsters that you encounter in Pocket Mortys are just variations of Morty himself. You’ll find some with three eyes, a blow-up doll of Morty, and even a banana Morty.

The battle system uses the same rock, paper, scissors system from Pokemon which means that one type is weak to another type which is weak to the other type. There are even Pokemon Centers to heal your Mortys and the look of the battle scene is literally the same as Pokemon. Pocket Mortys borrows a lot from the mainline Pokemon games and even the developers must be aware of it, but it’s still an entertaining mobile title to dive into, especially if you’re a fan of the Adult Swim television show and need a time-waster while you’re commuting or whatnot.

Pokemon’s competition back in the day was another long-running Japanese franchise by the name of Digimon. Nowadays, the Pokemon franchise is way bigger than Digimon but that doesn’t mean that there’s no space for a new Digimon RPG. Digimon Story: Cyber Sleuth offers classic turn-based RPG action with your favorite digital monsters in a digital world. Hatch Digimon eggs, raise, train, and feed your Digimon on the Digifarm to prep them for battles.

The random battles and combat system are very similar to Pokemon, and although the RPG took Digimon Story in the right step, it ultimately couldn’t compete with the fully-realized world that the Pokemon games offer. Digimon Story: Cyber Sleuth is still a pretty neat package for any Digimon lover, and hearkens back to old-school JRPGs.

The Shin Megami Tensei series has always been very traditional in the sense of its difficult yet effective battle system, and lets you and your enemies exploit weaknesses to gain/lose turns. SMT IV focuses on a samurai named Flynn who works together with fellow samurai to stop the big bad demons who are terrorizing the land.

Like other SMT titles, SMT IV is brutal and will kick your behind if you don’t get your team together. Unlike Pokemon, you recruit demons in battle by talking to them and trying to negotiate by giving them money, items, or just plain ol’ sweet talking. You can then fuse demons together to create even stronger allies in typical SMT fashion. The Shin Megami Tensei franchise is an old-school, M-rated, no holds barred, turn-based JRPG.