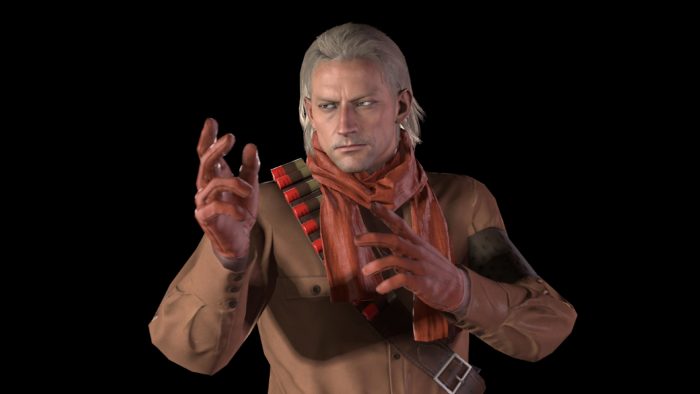 There’s a new update coming to Metal Gear Solid V: The Phantom Pain, and it’s set to add a pretty sizable chunk of content to the game, in the form of Revolver Ocelot as a playable character in FOB mode.

Yes, you’ll finally be able to play as Revolver Ocelot as you slink around and do your best to infiltrate others’ Forward Operating Bases. Just make sure to keep the kitty noises to a minimum. You can’t customize Ocelot, but you can use the perks he comes with such as faster reload times and his dual-wielding pistols in play while in FOB mode.

Aside from Ocelot, you also get plenty of new outfits, such as swimsuits and soldier outfits that can be used when you go out to attack other bases or defend your own. There’s also the Wormhole Generator, which will get additional features you can utilize. For instance, you can use it to extract players when things get too hairy.

The patch is poised to go live on August 1, which marks an entire year since the previous content patch released for the game, so this is a pretty significant deal. If you’ve been meaning to get back into MGSV, this is a decent reason.