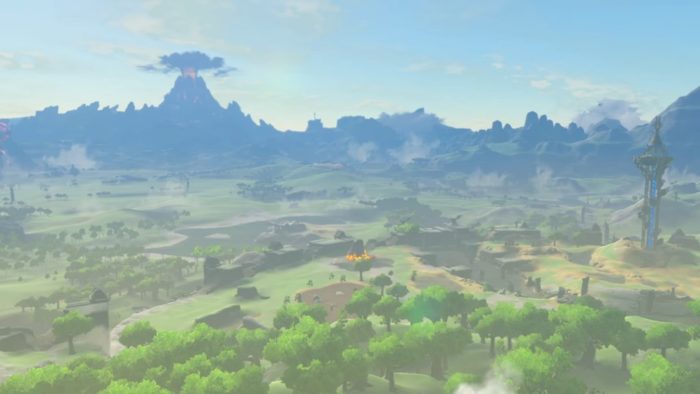 The Master Trials DLC pack doesn’t hold a lot of new story content for The Legend of Zelda: Breath of the Wild, save for the little lore bits that come with the Trial of the Sword. That said, the DLC pack does come with Master Mode, a brand new difficulty level for an already challenging game, and it is, by far, the best way to play through the game.

Master Mode doesn’t play around. Enemies are now much more powerful than before, and their health will regenerate over time. The same goes with bosses. There are now Apex enemies – foes even more fearsome than their regular counterparts. As you journey through Hyrule, you’ll find floating platforms housing either even more enemies, or an EX treasure chest that holds a reward for you. Every enemy encounter in Master Mode feels that much more intense, and it’s well-suited for players who can’t get enough of Hyrule, and wish to challenge themselves even further.

And just for laughs, there’s a brand new white Lynel waiting for you right at the start of the game, located at the Great Plateau. Armed with nothing but a tree branch, you’re welcome to try and take him on. But don’t forget that he auto-heals as well.

One of my biggest fears jumping into a fresh run of Breath of the Wild on Master Mode was that I’d have to deal with the dreaded weapon durability mechanic all over again. It’s one of my biggest complaints with a game that’s otherwise a masterfully polished open world RPG, and it’s incredibly prevalent during its opening hours. It’s not till several hours later, when you’ve leveled Link up a bit and gained a few more powerful tools at your disposal that the durability mechanic starts to become less of an issue, and it gradually starts to fade from the forefront of your thoughts. This isn’t a problem in Master Mode, though.

Yes, your first weapon will likely still be a measly tree branch, but there are also tons of EX treasure chests scattered around Hyrule now. The chests on the floating platforms, for instance, usually offer up weapons that scale with your current level. The game knows that you’re a seasoned veteran now, and so it starts rewarding you with better equipment near the start of the game to make sure you’re adequately prepared to face the challenges ahead. It wasn’t long before I found my first royal bow and a large, two-handed sword, and I promptly decided to head back to the Great Plateau to take on Lynel. With only three hearts, I still died, but it felt good to not have to worry too much about weapon durability anymore, and I was free to tackle Hyrule’s Divine Beasts in any order I wished.

My Master Mode experience has also been enhanced by my decision to opt out of fast travel. Breath of the Wild’s open world is so intricately crafted, and there’s always something to be found if you go off the beaten path. From randomly hiding Koroks to falling star fragments, Breath of the Wild truly knows how to reward exploration. And with Master Mode, that sense of reward is even stronger because of the challenge that comes with besting these tougher enemies and obtaining all their sweet, sweet loot. Along with the DLC treasure chests and outfits, obviously.

The Legend of Zelda: Breath of the Wild is a seriously astounding game on its own, and the new DLC additions make the game feel fresh and exciting yet again. For those who have yet to leave Hyrule behind, or are just waiting on the new story campaign to drop at the end of the year, the Master Trials will certainly keep you occupied with plenty to do till then.