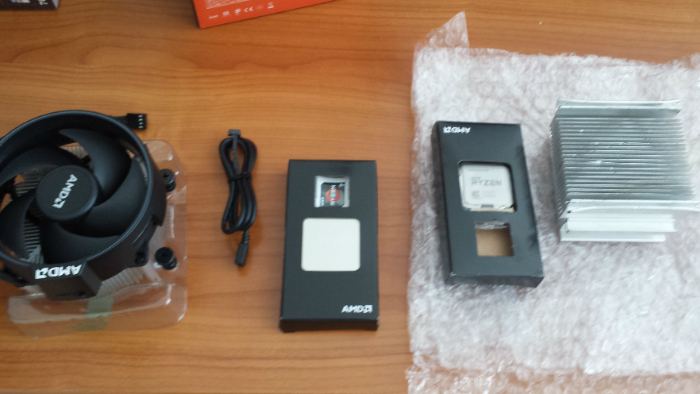 AMD’s new Ryzen processors offer quite a bit of bang for your buck, and have been a hot ticket item for the last few months. Unfortunately, scammers will find a way to take advantage people’s eagerness to get their hands on a product no matter what. Reports from at least two users have indicated that counterfeit AMD Ryzen processors are being sold by Amazon or Amazon retailers, and the processors customers are receiving aren’t even made by AMD at all.

Two users on Reddit, sh00ter999, and Yae_Ko have reported that when they ordered a Ryzen 7 1700 on Amazon the processor that came was, in fact, an Intel Celeron. At a glance, it’s easy to be fooled by the AMD Ryzen badging, but upon closer inspection, you can see that the heat spreader and notices don’t match a real Ryzen 7 1700. Additionally, instead of being etched on, the badging on the heat-spreader is a transparent decal.

As of right now, there’s no indication of where the two counterfeit AMD processors have originated. A common scenario in previous CPU scams has been to order a unit, fabricate a transparent decal, and place it on a cheaper CPU and go through the RMA process. With how many items Amazon processes, it’s easy for the untrained eye to see the right decal on the CPU and keep it moving.

Regardless of whether it’s a shady Amazon retailer or a mass-RMA ring sending in counterfeit CPUs, it falls on Amazon to correct this. If you’re looking to buy an AMD Ryzen or any CPU for that matter, you can avoid this situation by purchasing new and making sure that the packaging is untampered with when your CPU arrives.