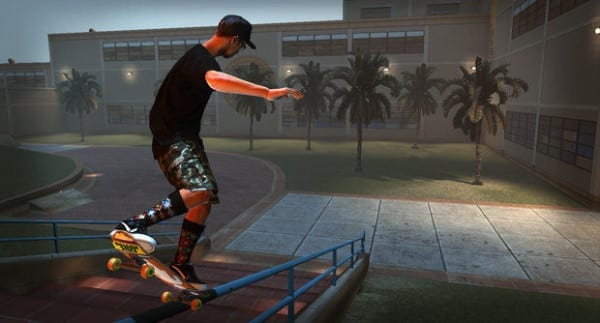 It had been eight years since the last entry in the series, and fans were dying to see more of the Tony Hawk’s Pro Skater franchise. Back in the day, the series was easily the best and most popular set of skateboarding games ever. However, times have changed since then, with the release of the Skate series and a few disappointing Tony Hawk’s spin-offs, but if anything this just had fans wanting the Pro Skater series to make a return to form even more.

In 2015, it seemed like that wish would be granted. Pro Skater 5 was on the way, and although in development by a different studio than the previous main entries in the series, things looked promising. Sadly though, upon release, the end result was a buggy and broken mess. Physics and environmental issues were aplenty, with players getting stuck inside rails and ramps. It became increasingly obvious that this game simply wasn’t to be the return to form fans had hoped for. Tony Hawk’s Pro Skater 5 is easily one of the absolute worst games in the generation. 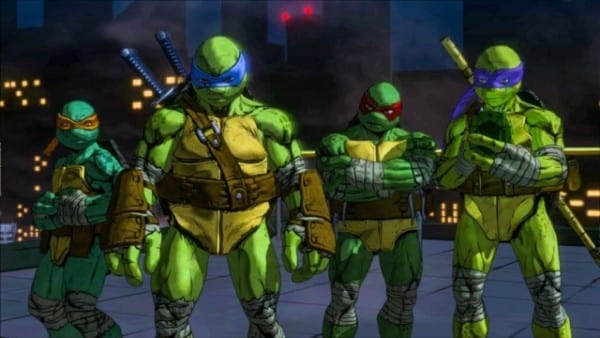 Teenage Mutant Ninja Turtles games haven’t always been the most popular or well-received games, especially recently. Early TMNT games for the NES and SNES were incredibly successful, but after these, not so much. Mutants in Manhattan had all the cards in place, though; a cooperative brawler with a nice art style made by the illustrious Platinum Games, who are well-known for titles like Bayonetta and (more recently) NieR: Automata? What could go wrong? Apparently, everything.

TMNT: Mutants in Manhattan sees players moving from room to room via tightly-packed corridors, tasked with fighting repetitive randomly generated enemies over and over with very little variety. At the end of it all, you end up fighting a time-consuming boss, where the only real challenge is that you have to wait for cooldowns to finish. There are nine levels, but each just a remake of one of five different environments with very minor changes, making the game feel cheap and low-effort. That said, it does have a few redeeming qualities – the controls are tight, and it has some of that Platinum Games charm with the combat, but it’s not enough to make this a worthwhile experience. 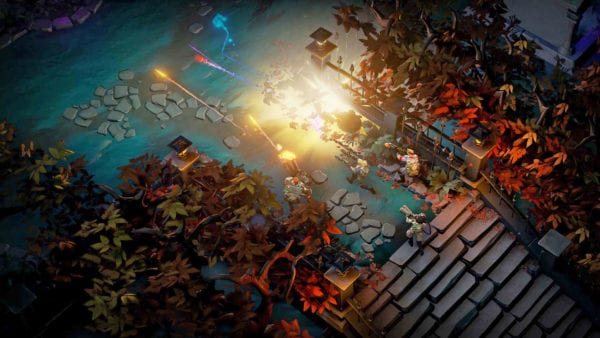 Created as a tie-in to last year’s Ghostbusters movie, this twin-stick shooter’s take on the beloved ghost-focused action certainly didn’t do the franchise justice. In the game, you play as four unmemorable and flat characters, completely unrelated to any of the films, as you travel around recycled areas taking on equally-recycled enemies.

The game takes place just after the latest movie, but makes almost no reference to it – aside from mentioning the all-woman crew early in the game a few times. And then you’re tasked with moving from room to room, suffering through cheesy one-liners and the original Ghostbusters theme playing on an endless loop. Every enemy behaves the same way, and there is very little variety in them – even bosses are simple bullet sponges with a few gimmicks. Stay away from this game, unless you want to suffer. 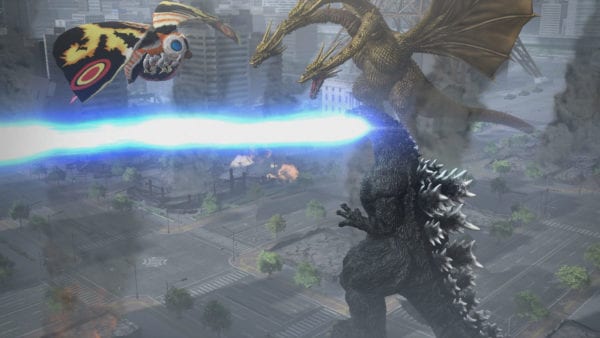 Next on the list is another movie tie-in that didn’t go as planned. Gracing our PS4s in 2015, Godzilla was brought to the west as a remake of a PS3 game that released the year before in Japan – which already sounds dubious. The remade game touted more monsters, modes, and features, but what we really got was a shoddy game that looked outdated and underwhelming.

In the game’s main mode, you (naturally) play as Godzilla on a mission to destroy ten objectives across a map. For some reason, you grow in size as you destroy more and more, until the King of Monsters stands as a colossal hulking beast. It’s incredibly repetitive, with horrible controls and little in the way of gameplay. One kinda cool thing about the game is that you didn’t just play as the latest incarnation of Godzilla, but you could choose between almost all of its designs, and even other monsters like Mothra. Still, the game was horrible, so don’t let that one cool feature fool you. 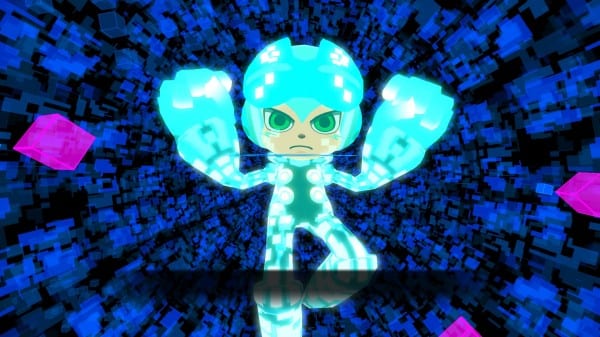 Mighty No. 9’s troubled story is still fresh in our heads as a failed Kickstarter-backed title. Touted as a spiritual successor to the Mega Man series, the artist and designer for the original series, Keiji Inafune, was one of the front-runners of the project. The project raised a massive $4 million, becoming one of the most backed Kickstarters of all time back then. And then the problems began. Mighty No. 9 was delayed not once but three times, and fans began to get very impatient with some even losing faith.

After this, in May of last year, publisher Deep Silver released a trailer for the game that will possibly go down as one of the worst and most ill-received trailers of all time. On release, the game was panned, with many people saying it had recycled content, was just plain boring, and that it had no charm of its own. 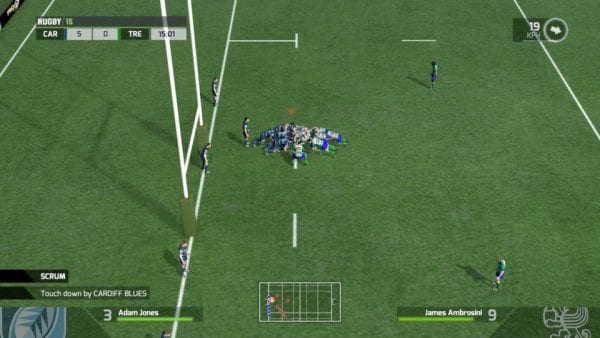 Rugby 15 was an attempt at bringing the classic European sport to our homes on a new generation of consoles, but it couldn’t have gone worse. This disaster of a game has been touted by many as the worst sports game ever, with no exceptions. On Metacritic, it has a score of just 19, one of the lowest scores we’ve ever seen. The highest review given is a mere 30/100.

Rugby 15 suffers from countless bugs, boring gameplay, and on countless occasions the controller just refuses to co-operate. A lot of the time, the game decides for you whether or not something is going to happen, and you have very little control over how it happens. If you wanted to pass the ball, but the game decides you’re going to get tackled before it happens, it just won’t register button presses at all. Rugby 15 really is the worst sports game of this generation, an honor not given out lightly. 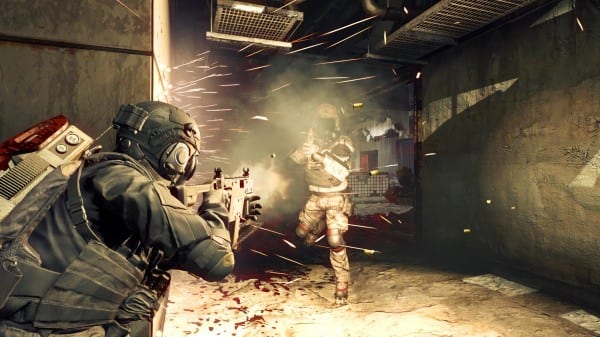 Capcom’s first foray into making a tactical shooter out of the Resident Evil franchise couldn’t really have gone much worse. Umbrella Corps was planned as a competitive shooter that focused more on team-based combat and the soldiers in the Resident Evil universe, rather than the things that make it cool – the zombies. Sure, they’re scattered around each map, but they’re far from the main focus here.

Umbrella Corps’ single-player is unconvincingly strung together and badly written, but the main offering – the multiplayer – is full of technical issues, like bad performance and bugs. Many state that the game just feels unfinished, and less than a week after launch the servers were practically dead. 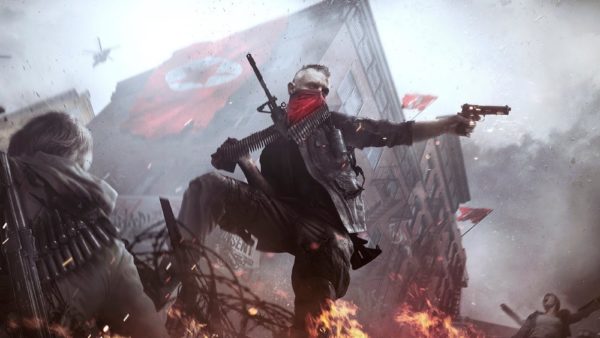 The Homefront series hasn’t been the most successful. The first game was somewhat well received, but there was still room for improvement, so it’s no wonder Dambuster Studios tried to revive the series under the watchful gaze of Deep Silver. Unfortunately, Homefront: The Revolution suffered from a troubled development period, changing hands twice, from THQ to Crytek and from Crytek to Deep Silver, who then oversaw Dambuster’s development of the title. The troubled development time certainly showed in the final product.

While the game was praised for having some solid gunplay and combat, there was a smattering of technical issues and a shoddy story. The solid combat wasn’t even enough to get many players to make it through the campaign. 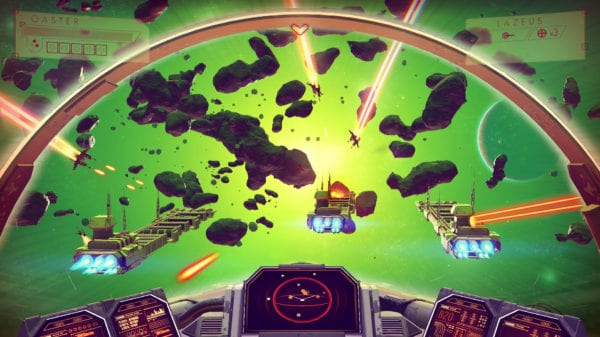 No Man’s Sky was hyped up to colossal levels by Sony and developer Hello Games. The game was described as a space exploration game that lets players go between countless galaxies and explore billions of planets, should they wish. Each planet was procedurally generated, and there were to be aliens to meet, battles to fight, and collecting to be done.

Sadly, much of what was envisioned by Hello Games’ Head, Sean Murray and his team never came to fruition. Fans were incredibly excited for No Man’s Sky, but were delivered a lackluster game with repetitive environments, dull exploration with little reward, and barely anything in the way of battles. Trailers for the game showed huge sprawling planets and giant alien worms, along with huge space battles featuring hundreds of ships – and none of this was actually in the game. Sean Murray himself said a lot of things that turned out to be false, too; the most infamous example being multiplayer, and that two players could meet, though it’d be rare. Well, it happened just days after release – two players found the exact same coordinates and attempted to meet up, but they couldn’t find each other.

On top of this disaster, the game had countless technical issues and problems altering the graphics options. Many players on both PS4 and PC also suffered frequent crashes, with PC players having a terrible port with very limited options. There was a myriad of problems with No Man’s Sky, mainly due to the broken promises from Hello Games, but at least they are beginning to finally introduce these features, albeit slowly, as time goes on. This attitude means many, players felt like they have paid full price for an early access game, and that Hello Games were dishonest about the state of completion of No Man’s Sky. 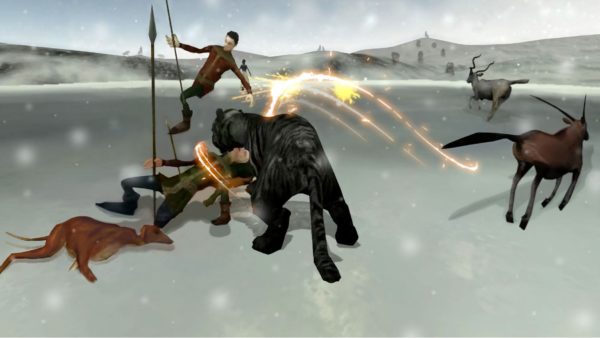 Here you’ve got a game that is so bad, it’s genuinely a mystery that it made it onto the PS4 in the first place. Life of Black Tiger puts you in control of a tiger, your mission being to survive and go on an adventure. The graphics for this game are so bad that it looks like it’s come straight from the PS2 era. It genuinely makes you wonder if PlayStation has any sort of quality control for games they release on their storefront.

There isn’t much about this game that the trailer can’t tell you. The game consists of you running around as the tiger, completing quests like hunting humans and goats. It was originally released as a free game for Android and was ported directly to the PS4 with no improvements, and a $9.99 price tag. The controls are horrendous and simple, there are countless bugs and technical issues, and the gameplay is beyond bad. Hunting consists of holding down the attack button, which enables the tiger to chase down and kill its prey with ease. It’s honestly mind-boggling that this game made it onto the PS4, and it’s likely that Life of Black Tiger will go down in the annals of history as one of the most comically bad games of all time.