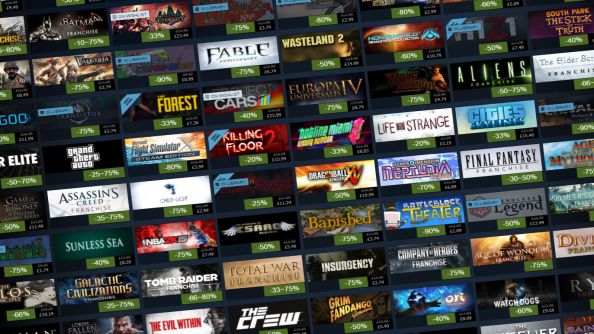 It has been about three days since Valve’s announcement of the Steam Direct fee and less than 24 hours since the closure of its predecessor Steam Greenlight, but the intense debates among gamers and developers community about the benefits of this program are still ongoing. Many developers believe that the Steam Direct program can help them in getting their games published easier than before. On the other hand, other devs and a majority of gamers feared that the program and its minuscule fee wouldn’t stop the epidemic of low-quality games on Steam, and could possibly make it worse. Even so, Steam Direct still hasn’t addressed the very basic problem of Steam’s storefront that users had addressed for a long period: Quality Control.

In Nov. 2016, it was reported that 38% of Steam games were published in the year of 2016. This had shocked many due to the fact that barely anyone could believe there would be more than 4,200 games released in just a single year. However, some are not surprised by this statistic since Steam’s front page is already considered to be saturated with a large flux of low-quality games. Some of those even became notorious cases among the community, such as Digital Homicide and Kobra Studios. Since then, people had started questioning how Valve would handle the aspect of quality control for its services, especially on Steam Greenlight – one of the main floodgates of indie games on Steam.

For anyone who doesn’t know Greenlight, it’s a process to choose which indie game can be published and sold on Steam by community voting. Indie developers only need to pay a one-time fee of $100 to submit as many projects as they like, while competing against others to get more votes from Steam users. But the problem (and the core flaw in the system) is that users’ votes cannot guarantee the future quality of approved games. On Greenlight’s main page, its voting queue was filled with a mixture of countless games projects from every corner of the world. As many Steam users noticed, lots of them were either blatant asset flips taken from Unity store, “simulator” cheapskates, or even just tasteless jokes. And surprisingly, a handful of them could actually get approval in Greenlight and even published to the storefront thanks to the odd voting criteria.

After more than four years and a string of controversies, Valve finally decided to say goodbye to Steam Greenlight and announced its successor Steam Direct with the recoupable publishing fee of $100 per game. In short, Valve only replaces the old “voting wall” with a new “pay wall”, which in my opinion is not even an effective wall to prevent the malicious developers from conducting their schemes. In fact, Steam Direct might actually speed up the process of low-quality game spamming when it eliminates the requirement of community votes for approval, as some users pointed out.

Valve did try to address the concerns of quality control in Steam Direct by stating that they will put a 30-day delay for developers that submit their games on the storefront to review the information, but this safeguard only applies to first-time devs. This is a huge exploitable loophole where scamming developers can put a near-decent project as their first submission to get through Valve’s security check, then continue to spam low-effort ones. All in all, Valve is trying to appease both developers and the gaming community by presenting a shallow solution to the quality checking issue.

It’s worth noting that Valve is nearly monopolizing the whole PC gaming market with their mighty library of Steam and a market that’s worth $3.5 billion, but still spending too little on quality control. In fact, most of their solutions – such as Discovery Update, Steam Curators, and Webpage’s algorithms – could only scratch the surface of the issue, while not addressing the actual issue of games’ quality on Steam’s storefront. Valve hasn’t made any through review of new games to ensure its quality is up to the market’s standard, because if they actually did then things like this, or this, or even this wouldn’t have any chance to be appear on Steam.

On the other side of the fence, Steam’s DRM-free competitor GOG has strict policies for any game, not just indies or AAAs, to get an appearance on its storefront. Indie developers don’t have to pay any kind of fee to submit their projects to GOG, but their games must be good enough in accordance to the distributor’s standard. And this standard is created by an internal team that handpicks and reviews the projects carefully as part of a strict approval process. This resulted in a near-high quality library of GOG games with absolutely no low-quality games that were usually common in Greenlight. Most intriguing is that GOG achieved this without the need of any paywall whatsoever.

It’s great to hear that Valve listened its community and chose to revamp the whole system for a greater good by replacing Greenlight with Steam Direct. Unfortunately, for the time being at least, this new solution is far from adequate enough to address the issues at hand. What Valve needs to do right now is to return to the old way: patiently sitting and reviewing every single game that is about to be published on their store. This might cost quite a bit on their end, but the long-term benefits would be much larger with an improved reputation for the largest market for PC games.