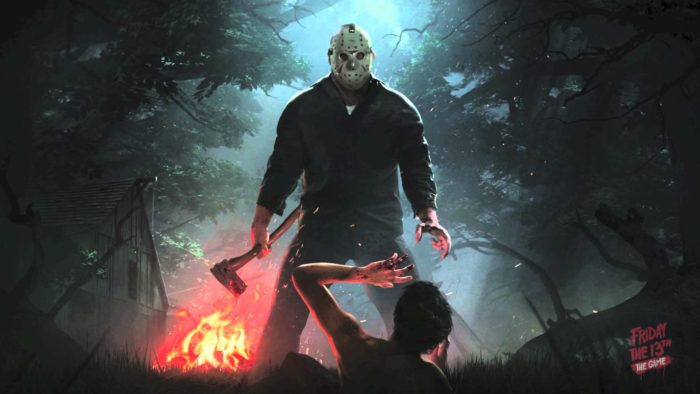 Friday the 13th: The Game on PC

The Friday the 13th franchise in general has never striven to be highbrow entertainment. This most recent game, based on the long running series of slasher films featuring legendary killer Jason Voorhees, appropriately titled Friday the 13th: The Game, is similar in that it isn’t designed to be a GOTY candidate quality game. It’s a very flawed and silly game that is for fans of the movies, by fans of the movies.

The premise of the game is quite simple. One player plays as Jason with a singular goal: kill as many people as you can. Eight other players are teenage counselors that need to either escape (via various conditions) or survive long enough to win the game. It sounds like it could get repetitive, and depending on your level of enjoyment of the subject material (slashers) and the genre (survival horror), it can be.

Counselors get placed randomly throughout the map, and from there it’s basically a game of hide and seek with Jason. Counselors try to carefully gather the materials they need to win the game – such as collecting parts for a boat or a car, or radioing in the police – or just hide while Jason looks for everyone so he can kill them before they succeed. This is how every game will play out more or less, with three different possible starting maps to vary things up a bit.

Although there is just this one game mode to play on, the complexity of the objectives for the counselors is appreciated. Regardless of whether you want to fix the boat, the car, or take a stab at actually killing Jason (the most difficult win condition to achieve), everything requires teamwork. Successful teams should have someone running items across the map, someone that can repair equipment, and a few people capable of protecting those critically important counselors from Jason. A nice touch is the blocking out of voice communications unless you are either within talking distance of another character, or you found a walkie-talkie to communicate with other people whom have also found it. Being alone in the woods where Jason could be lurking anywhere with no one to talk to is a dreadfully scary experience.

It’s the little things such as the lack of immediate voice communication, jump scares that Jason can cause such as killing the lights, breaking windows, and popping up literally out of nowhere, that contribute to a “funny” survival horror experience. It really does play out a lot like the movies, featuring lots of cheap scares that you can’t help but chuckle about after you’ve caught your breath. Adding to this is the game’s fantastic soundtrack. The way music and sounds are used to not only create the appropriate atmosphere, but also enhance the quality of the gameplay by instilling fear in the counselor players. It’s all done about as well as it can possibly be done in Friday the 13th: The Game. 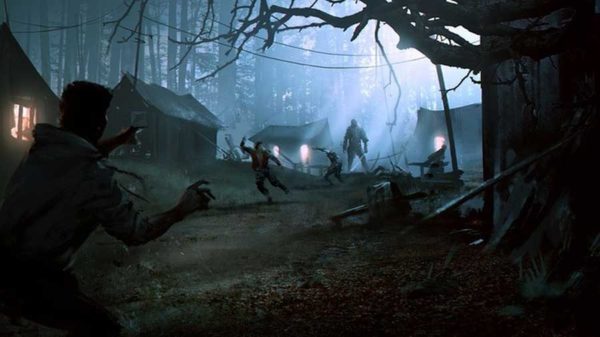 Each counselor has attributes that make them better at different tasks that fit in line with their horror movie trope. For example, the “bookish girl” Deborah Kim, is the ideal person to have repairing any broken equipment needed to escape Jason. While Vanessa, who is the athletic type, can play keep away with Jason with her high speed and stamina. Additionally, you can use the in-game currency earned through playing to roll random perks that you can equip to fit your play style.

Another nice homage to the movies is the ability to radio in Tommy Jarvis, the bane of Jason, if certain conditions are met, who takes the place of a dead or escaped counselor. He is the most powerful character in the game (other than Jason, of course, who we’ll get to in a second), can do everything at 100% efficiency, and is required to actually kill Jason himself. Still, regardless of who you pick, a lot of what you’ll be doing as counselor is just looking around in houses for stuff while trying not to get Jason’s attention. There isn’t a whole lot to the game other than that when you’re one of the teens, so considering the odds of being a counselor are much higher than being Jason, you’ll want to factor that into consideration when deciding if the game is for you.

Playing as Jason is a completely different game. Jason is incredibly overpowered and nigh unstoppable. Jason can warp anywhere he wants, sense movement, and terrify his prey into submission. As the game goes on, he gets even stronger and players are notified of this with a very appropriate “Ki Ki Ki Ma Ma Ma.” When he approaches, the music goes from quiet and foreboding, to frantic and terrifying. You can customize Jason by picking one of his various movie variations, and each comes equipped with brutal execution animations that can be unlocked via the game’s in-game currency.

Jason can instantly kill anyone that gets near him, and can only be stopped if the counselors have been properly equipping themselves throughout the game, and even then, it’s still tough to stand up to Jason. That’s really how it should be though, and I enjoyed how Jason is successful whether he kills all the teens or not. When you play as Jason, you’re essentially just a mad dog off of its leash with a goal of tormenting and killing as many people as you can before going home for the night to “Mommy.” There is no other objective that Jason needs to worry about. IllFonic has masterfully balanced making sure Jason plays like the near unstoppable slasher villain he should be, without actually breaking the game. He just might be a little too slow and clumsy at times, but hey I guess you need to give the counselors some hope of surviving. 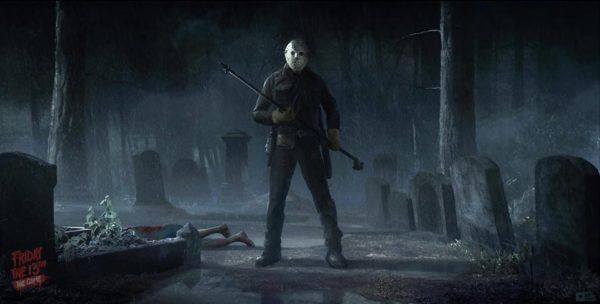 The game, at least at launch, is plagued with some wonky animations that make important tasks such as attacking Jason as a counselor quite difficult. There isn’t any room for error when going toe to toe with Jason, so having lag, or some kind of unpredictable animation or collision mess with the timing of your attack can cost you the game as counselor as you have only one life. Even if everything is running smooth, combat could definitely use more polishing. Because of poor animation and controls, engagements are often awkward, and it’s hard to tell whether or not you’re approaching combat wrong, or if it’s the game’s fault somehow.

Speaking from my personal experience on PC, these issues haven’t been so pronounced that it has spoiled my fun. However, there seem to be other people that have it worse. Even if it’s just a problem occasionally though, there’s nothing worse in Friday the 13th than waiting for a game to start, running right into Jason because of RNG bad luck, and then getting killed within the first minute or two of the game because of technical issues. If that happens, you’re either waiting and hoping you can return to the game as Tommy Jarvis or it’s back to the main menu for you.

Right now, until the game adds new and more varied content, whether or not you enjoy Friday the 13th is going to come down to whether you enjoy the movies and/or you have some friends to play it with. Playing with friends that you can laugh with, screw over, and work together with, Friday the 13th: The Game is a perfect game to play on a slow weekend with buddies and get some cheap thrills out of. If you love the movies, you’ll appreciate the attention to detail, and how the game is a love letter to the franchise. If none of that applies to you though, it may be hard to overlook its flaws. Friday the 13th is a shallow game that relies heavily on luck. As of now, it’s a glorified game of hide and seek that involves little more than just opening a bunch of drawers to find the “thing” you need, or if you’re Jason, chasing around a bunch of teenagers with a weapon.

All of that said though, this is to date the best and most definitive Jason Voorhees simulation that has ever been released, and for some, that alone might be worth the price of admission.