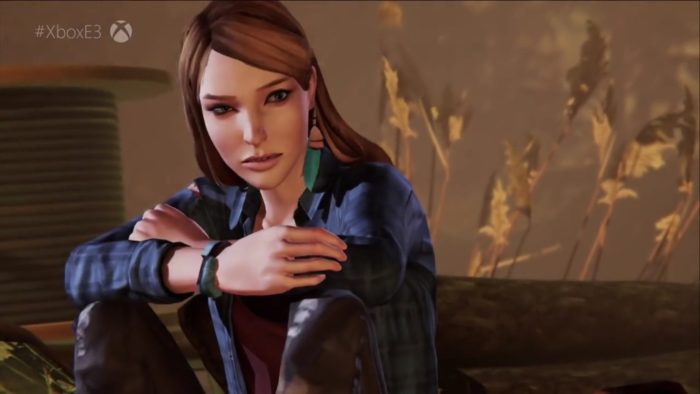 If there’s one thing we’ve learned from the original Life Is Strange, it’s that its developers know how to pick out songs that fit the game’s themes and mood. Dontnod might not be working on Before the Storm, but from the look of this new trailer, Deck Nine Games seems to be continuing that trend of picking meaningful songs to suit the game’s tone.

In the debut trailer, we’re treated to the song Numbers performed by Daughter. At its core, the song is about a feeling of numbness, and an emotional disconnection with other people. The lyrics are mostly up for interpretation, but some of it hints at depression and possible drug use, which fits in with Chloe’s character perfectly.

As Life Is Strange fans probably already know, Chloe goes through a lot of personal issues after her father’s death, and that’s extremely evident in Before the Storm’s trailer. We see Chloe chain smoking in her room, hanging out at clubs, and picking fights with tattooed bad guys in seedy bars. We can only assume that this is all part of her rebellious streak that started after her father’s death, and when Max moved away to Seattle. While the developers have confirmed that Max won’t be featured in the game itself, her absence will be keenly felt by Chloe as she makes references to her throughout the story.

One of the most interesting parts of the trailer was the presence of the crow. We see it at the beginning of the trailer, and near the end as well. Chloe has a visible reaction to the crow when it first appears in her room, and what follows is a slew of strange scenes including Chloe sitting at the back of her dad’s car during the moment of his death as she tries to stop him from crashing. We also get a glimpse of a burning tree, as well as a shot of Chloe staring at a reflection of her trying to stop her dad in his car. There are clearly some strange, supernatural things going on, the prominence of the crow in the trailer suggests to me that it definitely has something to do with all the strangeness here. Kind of like the blue butterfly Max kept seeing in the original series.

Most importantly, the trailer also gave us our first official look at the mysterious and enigmatic Rachel Amber. Her disappearance was the main narrative driving force of the original series, and it looks like Before the Storm will finally give us some proper insight into her friendship with Chloe. Considering how Rachel was made out to be such an overwhelming and mysterious presence in the first game, it’s definitely exciting to get to see a more human side to her, and find out what she’s really like as a character.

Square Enix also stated that Before the Storm will feature an entirely new story with Rachel and Chloe, meaning that we won’t be reliving the chapter of Rachel and the dark room.

Life Is Strange: Before the Storm is a three-part episodic series, and the first episode is set to be released for PS4, Xbox One, and PC on August 31.