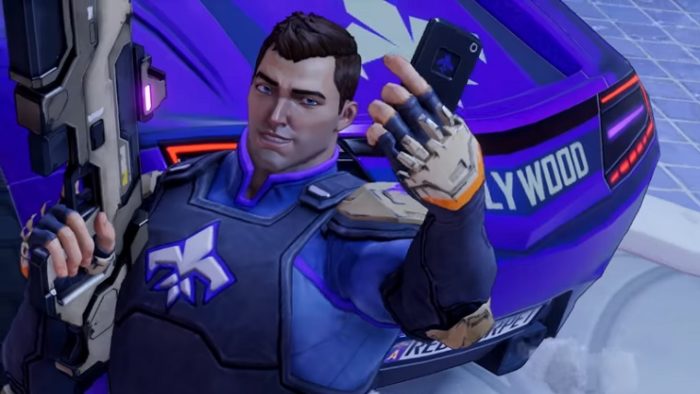 I’m a huge fan of the Saints Row series. I bought an Xbox 360 after seeing images of the first game in an issue of EGM well over a decade ago, and have poured countless hours into the subsequent sequels and numerous DLCs. When I first heard about Agents of Mayhem, the latest game from Saints Row developer Volition, I was a bit disheartened. While many are always open to series ending and moving onto new things, I was really hoping for a fifth installment in the wacky gang series that would take full advantage of the latest console generation. But then I heard that I learned that this was a spin-off, one that follows the Earth recreation ending of Gat Out of Hell (a standalone expansion to Saints Row IV), and I was immediately intrigued. At E3 2017 I was fortunate enough to get some hands on time with the game, where I learned that while this is in fact a spin-off, Agents of Mayhem is very much its own thing.

The major difference comes in the form of the systems that drive the experience of Agents of Mayhem. While it is very much an action-adventure like its predecessors, Volition has doubled down on the RPG elements that permeated their previous games. Agents of Mayhem is all about mixing and matching different odds and ends to create the team, and by extension the experience, that you want. The core of this system is the three-character team setup. Players start off with three heroes: Hollywood, Hardtack, and Fortune.

Each one has their very own weapon and special abilities as well as a class that lets you know what mission objectives they can interact with and help you decide who to use against specific threats. Switching on the fly between the three is crucial for success, as you can rotate through cool downs by utilizing each individual’s strengths in the large, over the top battles you’ll come across.

I will admit that the constant switching took some getting used to, as Agents of Mayhem is a much faster game than Saints Row ever was, even when you take the fourth entry’s super powers into account. However, once I got into a rhythm, I was rapidly dashing, switching, and utilizing special abilities back to back as I leverage cooldowns, weapon types, and perks.

Lending itself quite well to the character-swapping madness that Agents of Mayhem employs is the sheer amount of customization afforded to players when it comes to loadouts. Now these aren’t loadouts in the traditional sense, as each character has a set style, class, and weapon that can’t be altered.

However, there are no shortage of slots to be fiddled with. You can alter the properties of special abilities or passive skills, creating entirely new abilities and perks in the process. Love to play reckless? Try adding an auto shield to your dash attack so you get some protection when jumping into crowds. Or maybe you want to add some oomph to your super attack, so why not some extra explosions? These are a couple of simple examples, but there are plenty more that offer much more depth.

Things like healing, ammo recovery, speed, shot types, maneuverability, and more are able to be tacked onto others so that you have something perfect. There’s also the act of upgrading each of the many heroes you’ll unlock which grants access to new perks and abilities to consider when forming teams. Throw in a crafting system, powerful items, vehicles, and other mayhem-worthy goodies and you have a system that keeps things fresh.

However, while the systems running the game were definitely impressive, the gameplay itself did leave a bit to be desired during my time. Agents of Mayhem is a sometimes wacky game, sometimes too wacky for its own good. There’s so much going on, yet it can feel stiff at times. I was grateful for the triple jump, but in the midst of battle I often found it getting stuck and sometimes feeling like it was a “cool” mechanic added for the sake of being cool. The driving gave off the same vibe (although I found it easier to control than that of Saints Row). I do like that switching between heroes is an interesting way to keep players thinking and utilizing an arsenal, but I would’ve like that good old weapon wheel as well to show off that masterful weapon crafting that Volition is known for.

Also, while I definitely enjoyed Agents of Mayhem’s brand of… well, mayhem, it was too much at times. I’m all for my screen being filled with bright lights and pure destruction, but when you lose yourself in it, and have the potential to die instantly at times, it becomes slightly frustrating. There’s a delicate balance that is necessary when putting wild fun at the forefront of the experience. The systems working in the background will definitely play a major part in that, but the world that players are thrust into needs to do the same.

The characters are offering something with their unique looks, fun styles, and funny quips, but when there was no action going on the screen, I really didn’t want to do anything else. It’s awesome that the action had me so enthralled and definitely wanting more, but there needs to be a bridge between them rather than a trek to the next slice of insanity.

Right now I enjoy what Agents of Mayhem is and am looking forward to its Aug. 15 release. I just hope that the story between the bouts of shooting and explosions are meaningful, something Saints Row managed to do even with its crude humor and weird narratives (aliens? really?). If you’re into a team-based shooter that has you swapping between multiple protagonists with tons of skill customization, then this is one to keep on your radar. Just be aware that action so far is the biggest draw in the gameplay, and that can sometimes wear thin on a lengthy experience. Here’s to hoping that there’s more to it all than just huge booms.