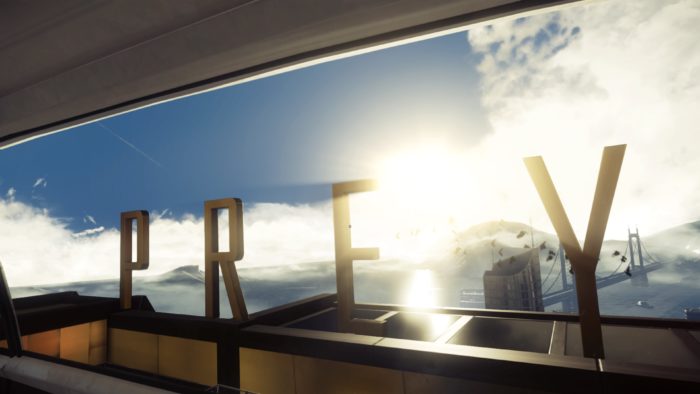 Ever since its first trailer, Prey’s story has been shrouded in mystery, and I needed to find out more. Exactly what was going on in Morgan Yu’s life, that horrendously bloodshot eye, and the repetitive daily cycle had me hooked. Jumping into Prey, however, wasn’t quite as I expected. While its story and environment are most certainly strong, it lacks the kind of polish that distinguishes good games from the greats.

Prey puts players in control of Morgan Yu on their first day at work at TranStar – a space company working on advanced research into an alien collective called the Typhon. Of course, with this being a sci-fi action adventure, it doesn’t take long for everything to go horribly wrong, and your first day ends up with you beating an alien pretending to be a coffee mug repeatedly over the head with a wrench.

From there on, Morgan is tasked with uncovering exactly what’s been going on at the space station, putting an end to the Typhon threat, and interacting with any survivors he comes across along the way. We’re not going to say too much more for the sake of spoilers, but its thought-provoking and mysterious plot will constantly have you wanting to move the story along.

Amplifying the twists and turns in Prey’s unfolding story, however, is its incredible space station. Talos I is nothing short of a joy to explore. Each of its many different areas has its own stories to tell, secrets to uncover, and potential side missions to divert your attention from your main objective.

Thanks to its captivating environment, Prey becomes a game just as much about exploring every nook and cranny of Talos I and learning about the people who worked there as it is about saving humanity. It’s this combination of storytelling through its main quest and the environment that makes Prey’s world such an easy one to lose yourself in. Reading emails between colleagues about Nerf Gun fights or a concerning medical examination helps to provide additional context to where you are, and exactly what was going on and who was involved leading up to the disastrous events.

Unfortunately, as I progressed deeper into Talos I, exploration became less enticing. At first, items and resources are in good supply and the Mimics and occasional Phantoms you come up against aren’t too much trouble. However, as supplies and ammo grew scarce in the latter stages, I was less inclined to venture off the beaten path in fear of death or simply wasting precious resources. This left me conflicted. Prey is at its very best when you ignore quest markers and just go exploring, but the increased swarm of enemies towards the end and scarcity of resources almost fast-tracks you towards its end. It also auto-failed almost all of my side-quests without informing me that I was hitting a point of no return, only further limiting any incentives to fight through hordes of powerful creatures with very few resources. 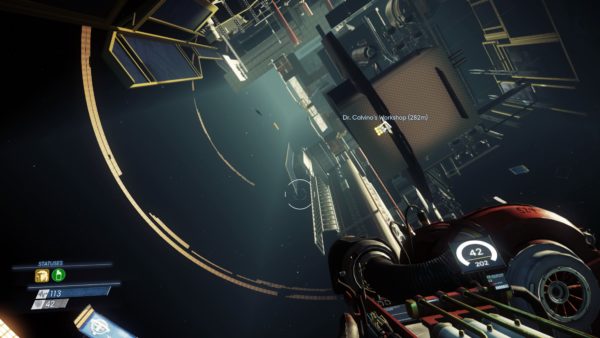 It’s how you want to implement these increasingly scarce resources that plays into Prey’s freedom. Prey offers you a range of different abilities and options to do any one thing and leaves you to go your own way. While you could enter that room by hacking the keypad, you could also use your ever-useful GLOO Cannon to make stepping stones over a gap to smash the window, or you could transform into a smaller item and squeeze through a tiny gap. While these are all viable options, you’ll be limited to which you can do by the Neuromods you choose. Neuromods are essentially skills and abilities that you can upgrade Morgan with, your choice of Neuromods becomes an integral part of how you’ll play Prey. Will you focus on making Morgan a battle-primed fighter with combat-focused Neuromods, repair and hack your surroundings to your advantage, or just sneak past everything you see?

It’s an interesting idea that works in theory but isn’t without its flaws. While repairing items or lifting huge objects requires you to simply press a button, hacking something requires you to complete one of the most infuriating, dull, and repetitive minigames I’ve come across. All you have to do is navigate a ball through a maze filled with blocks. Bumping into green blocks will make you bounce off, red blocks will shock you, slow you down, and also bounce you off. What you’re left with is a puzzle that, combined with Prey’s floaty controls becomes a time-consuming and frustrating chore. It doesn’t help there’re only a handful of different puzzles for each hacking ‘level,’ too, meaning you’ll just memorize them and use the same path each time. As such, hacking isn’t enjoyable, despite being one of the more useful skills to have at your disposal as you progress.

Prey gives you the freedom to explore where you want, whenever you want as long as you’ve got the means to get there. Even once the credits roll, Prey has a lot still to offer thanks to the replayability that this freedom provides. Unfortunately, Prey’s most interesting Neuromod abilities aren’t available until a little later in the game. With these offering some of the coolest ways to tackle the scenarios you’ll find yourself in, it’s disappointing that these weren’t implemented earlier, so we could have made full use of them.

The Typhon you come up against in Prey range from the fast-moving, shape-shifting Mimics, to the mind-controlling Telepaths, each one requiring you to utilize different elements of your arsenal in order to come out on top. Getting up close and personal might work with a Mimic, but you’ll get toasted if you try that on a flame-engulfed Thermal Phantom. Working out the best ways to defeat these enemies is just as much a puzzle as navigating the maze-like interior of Talos I. But while they should be a joy to take on,  it’s a little hit and miss (literally) when it comes to actually executing your attack. Swinging your wrench into the inky black face of an alien creature sounds like it should be incredibly satisfying, but it’s very difficult to tell if you’ve successfully hit an enemy with a melee attack or not. You may get a slight rumble, and occasionally you’ll get a finisher animation, but for the most part, each of Morgan’s wild flails with the trusty wrench feels just as floaty and unsatisfactory as the last.

It’s an issue that also rears its head when using ranged weaponry. Regardless of whether I was using the silenced pistol or the Q-Beam, it was difficult to keep my fairly large reticle trained dead-center on the fast-moving Typhon with such loose aiming. The result is the kind of shooting you’d see from Stormtroopers, except you’ll maybe land a couple. It’s a frustrating waste of ammo that could have been spared had the gunplay been tightened up, especially considering how scarce things can get later on. A proper aim down sights system is also absent, only further adding to the frustrations of a combat system incapable of keeping up to speed with the enemy. Considering dealing with the Typhon becomes a pretty large part of Prey, it’s disappointing that the combat struggles to deliver an experience quite as immersive as simply exploring Prey’s environment does. 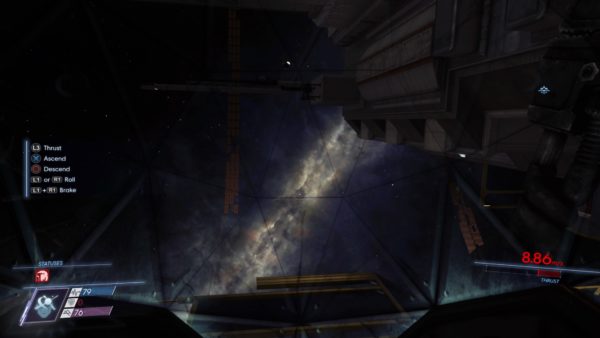 After about 18 hours with Prey, I’d completed the main quest, a bunch of side quests, and unfortunately, witnessed a ton of technical issues. During my playthrough, the game warned me of corrupted saves, glitched me and enemies through walls (or out of the space station entirely), and struggled to load in random textures. On top of that, the game takes an incredibly long time to load. Not just when you’re first loading your save, either. Every time you enter a new area (which you’ll do a lot), die and restart, or explore the ship’s exterior, you’re looking at a 45-60 second wait. Had it been given a few more months in the incubator, many of these technical hitches would likely have been patched, but it’s a pretty disappointing technical performance for a game that’s hardly pushing the envelope.

Despite its noticeable technical shortcomings, Prey still has some significant redeeming qualities. Its environment is one of the most enjoyable to explore and the way it weaves its overarching story into side quests only helps to accentuate the freedom you’re given as a player. If you can overlook its unsatisfying combat and floaty controls, Prey’s freedom and multiple endings provide a game that’s worth experiencing.