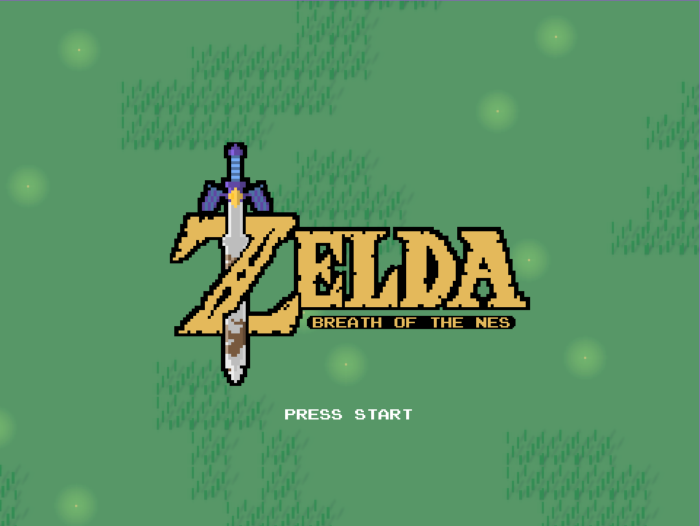 The news came out earlier this month that a hardcore Zelda fan by the name of Winter Drake has been hard at work on a prototype top-down version of The Legend of Zelda: Breath of the Wild after seeing Nintendo’s wacky development process that the team went through. First uploaded as a demo and as an announcement, Breath of the NES has been quickly taken down by the Japanese giant that is Nintendo. The company has recently been very fast at shutting down projects that star their highly recognized properties.

Talking to Kotaku, Winter Drake actually planned for the game to be put down by Nintendo. He tells Kotaku: “If Nintendo asks me to stop using their IP, I do plan to continue development with my own original characters. It stinks that Nintendo treats fan games this way. It’s unfortunate that this came so soon, as I won’t be able to release the massive update that was planned for this week.”

Drake still plans to continue with the project but will ultimately have to change most of the game. He’s planning on putting together a rich soundtrack and improving the overall originality of the game. He also wants the project to hopefully become part of a Kickstarter to then become available on Steam one day.

We can only hope that ‘Breath of the NES’ will be available for anyone to download and try out because it looks amazing; check out the trailer for yourself.