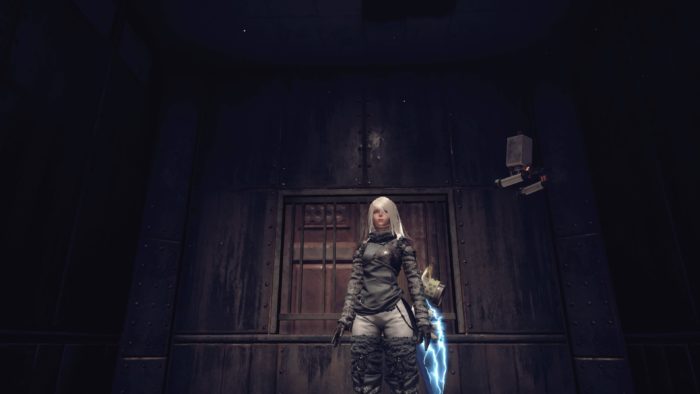 Warning: This article contains minor spoilers for the main game of NieR: Automata up to Route B.

NieR: Automata got a lot of things right. Though it is primarily a story and character driven game, instead of relying on a more cinematic approach to convey its plot like most modern video games do these days, Automata tells a lot of its story through gameplay. That spirit of storytelling might not have gotten enough time in the spotlight during the duration of the base game, but it shines through in its newest DLC pack.

The 3C3C1D119440927 DLC was advertised as a small content pack that came with three throwback outfits for the game’s main characters, new hair colors, and three new battle colosseums where players could take on combat challenges. These challenges would test a player’s skill and they were meant for those who just couldn’t get enough of Automata’s gameplay. And just for the heck of it, the DLC also comes with a hilarious, immersion-breaking boss fight against the CEOs of Square Enix and Platinum Games. Because why not?

You also get some crazy, bloodthirsty, nutso lines like these, complete with over-the-top voice acting.

What the developers didn’t tell you is that even though the DLC is pretty gameplay-heavy, it still keeps Automata’s core message in mind throughout the whole experience. Even as you’re tearing through machines as A2, trying your best to defeat all enemies within the time limit, the game never lets you forget about the conflict and hatred between machines and androids.

NieR: Automata places us in the middle of a robot war. We know the war has gone on for centuries, and both sides are trapped in a never-ending cycle of life and death. At some point in the story, both sides begin to question their existence and purpose in life. As the story continues, both sides even begin to wonder if there’s any point to them fighting at all.

All throughout Automata, we have run-ins with the peaceful machine lifeform Pascal. He tells us that ever since he and his colony were cut off from the machine network, they simply lost all will to fight because they couldn’t find any reason to in the first place. And in the DLC, we have an arena that pits machines against each other.

One particularly memorable moment in NieR: Automata had the player take control of a small machine as he tried to get a bucket of oil to help repair his broken brother. This moment is powerful because it’s the first time players actually assume control of the machines we’ve been mercilessly slaughtering this whole time. Once we’re in the shoes of a machine, however, we realize how clumsy they are, how difficult it is for them to direct their movements and get around quickly. In comparison to how fluid 2B is when she draws her sword, these machines never stood a chance against her.

This is a very serious, very deep, very thought-provoking game. I swear.

That moment is replicated in the DLC, with stages that allow us to fight machines while controlling other machines. Unlike the gambling arena that the androids have over at the Flooded City, these machines aren’t fighting for money or for show. They’re simply fighting to get stronger. For what purpose? They don’t know.

On the other hand, we have the androids who are simply cutting up machines because they’ve been consumed by their hatred for these lifeforms. As exhilarating as it was to test my endurance and action game skills against the horde of machines the androids threw at me, the experience quickly became rather sobering when the camera panned over to the countless machines that were being dragged in against their will, forced to fight in a bloody (or oily) arena for sport.

The three arenas in the DLC provide several action combat challenges that will test different aspects of the player’s skill. Much to my (pleasant) surprise, they also offered up quite a bit of lore that added to the game’s story and world-building in meaningful ways. It doesn’t take too long to get through all of the new content this DLC pack has to offer, but its powerful, though slightly unorthodox conclusion once again hammered home the reason why I’d felt so enthralled by NieR: Automata in the first place.

Director Yoko Taro has mentioned that the development team no longer has any budget left to work with to produce more story content for the game. It’s a shame, especially considering the wonderful job they’ve pulled off with a piece of DLC that’s supposed to be meant primarily for extended gameplay. Still, if this is the last bit of content we’ll ever see from NieR: Automata, it certainly ends on a note fitting for this eccentric series: unexpectedly awesome, yet painfully bittersweet.