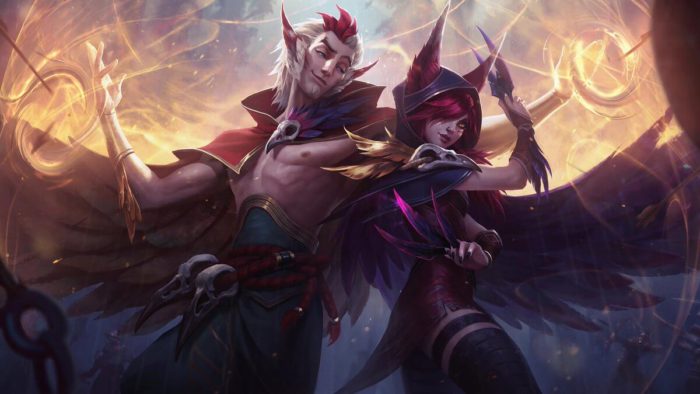 League of Legends’ lore has always been some of the most interesting parts of the game, often fleshing out backgrounds of our favorite champions to hints at upcoming ones. After straying off for a little bit, Riot Games made a revamped push, launching the beta of League of Legends Universe, a collection of in-universe lore. This saw a lot of re-writes and as a result, champion remakes. Universe’s latest entry came from the journal of Eduard Santangelo, an explorer who introduced us to the Vastaya, whom he described as a mix between human and animal. He notes that the Vastaya, aren’t a species (as he runs into Vastaya resembling a number of different animals), but more so an order or phylum.

Though he never gets to introduce himself, Santangelo runs into a woman he described as part fox but “otherwise very, very much like a female human”. He provides a sketch, revealing a longstanding champion, Ahri, who is now all but confirmed to be a Vastaya. The Vastaya also appear to range in degree of how animalistic they are. Making friends with a merchant named Shai, Santangelo is completely caught off guard when the former shapeshifts into a pig. This raises questions of whether other existing champions like Wukong and Volibear could also be Vastaya.

Who are clearly Vastaya, however, are the League’s two newest revealed champions: Xayah and Rakan. This marks the first time since Gragas and Pantheon that Riot Games has unveiled two champions at once. A pair of bird-like Vastaya lovers (Riot’s words), Xayah and Rakan enters the rift as Support and Marksman duo.

Xayah is a bit immobile, making positioning vital, but has a root crowd control and an escape (or an engage depending on how you use it) built into her ult. Rakan, on the other hand, will perhaps be the most mobile support once he is released. On top of this, he has both healing and shield spells in his kit, though the nature of the abilities may force himself into danger. While these two champions by no means have to be played together, the champions have a special recall, the allows one to join another by walking into their recall range. Once there, the recall timer of the late arrival will sync up with the first recaller’s time. Here is both Rakan and Xayah’s ability list, courtesy of Riot Games:

While there is no announced release date for the pair, feel free to give Riot’s reveal page a look for more in depth info and some fantastic lore.