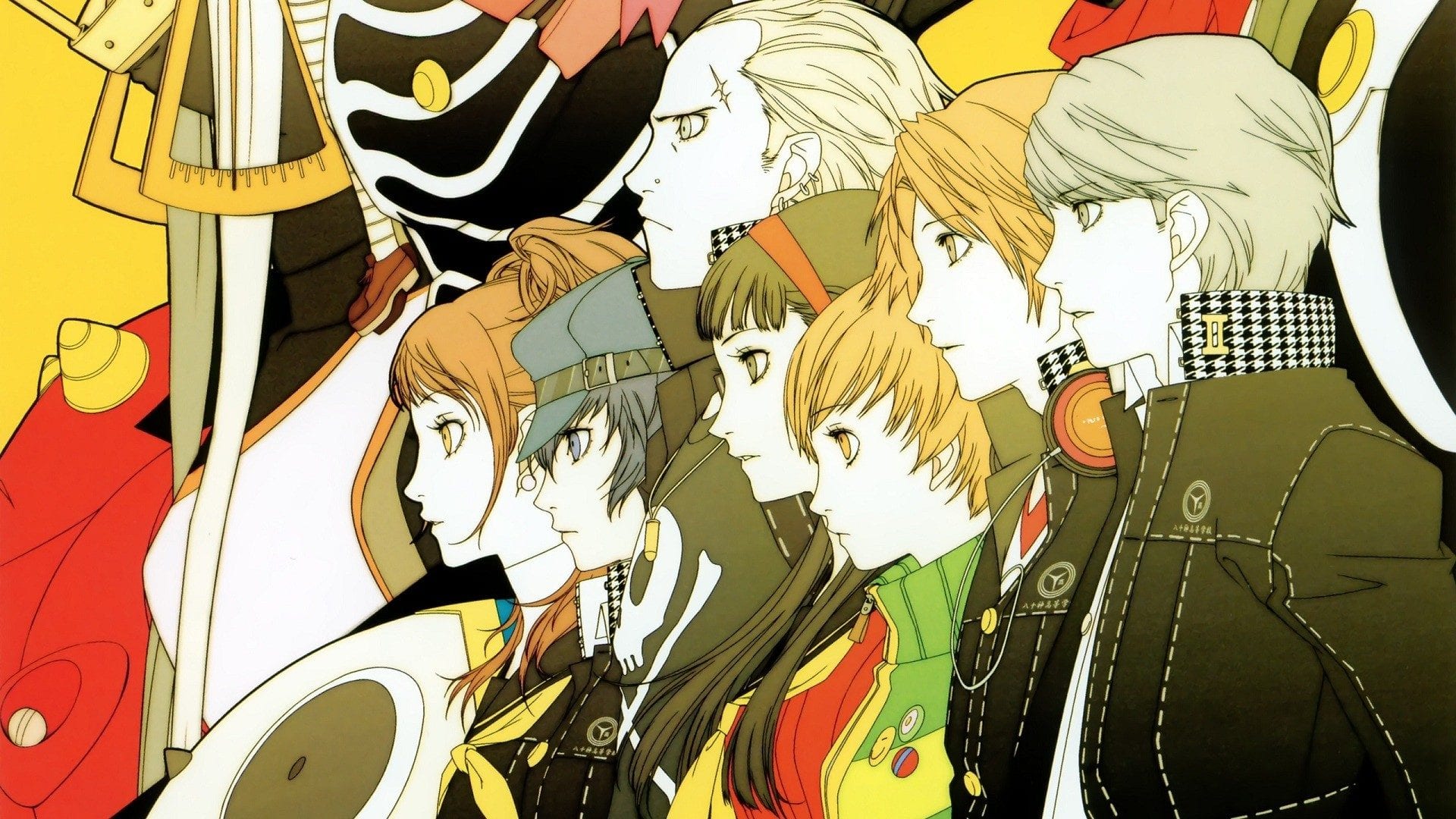 Video games often leave us with prolific stories and characters, but a game truly shines when it’s able to impart some kind of message that leaves a lasting impact on players. Persona 4 is one of the greatest examples of how eloquently an RPG can deliver its message, while simultaneously giving players an engaging cast of characters and gameplay options that all tie into the main narrative. Even years later, current JRPGs could stand to take a page from Persona 4’s book, and use it as an example for how to weave narrative and gameplay together.

On its face, Persona 4 is much like other JRPGs, casting you as a teenager named Yu who’s been sent to spend the school year with his uncle Dojima. Yu has some personality traits of his own, but acts as more of a filter for the player to extend themselves through. Yu soon meets a few of his new classmates and befriends them while a wave of mysterious murders start to wrack the town of Inaba. The introduction to Persona 4 may be a little slow initially, but it takes steps to introduce you to the main characters and make the town of Inaba feel like a natural, sleepy little country town. This also makes the dynamic of the murder-mystery something wild and strange for such a quiet place.

Yu and his partner in crime Yosuke are the first of the cast to unlock their Personas, and it’s through this that you begin to see the major theme of the game appear. In the Shadow World, Yosuke meets the shadow version of himself, which against his will lets loose feelings within Yosuke that he’d rather others don’t know. In order to overcome his shadow alter ego, Yosuke has to face himself, dig deep, and acknowledge the parts within him that he doesn’t like. The same holds true for each of your party members in the game, and everyone has to face their shadow selves and inner demons at some point. Chie deals with the fear of how she lacks femininity, Kanji deals with hiding his true interests and feelings to portray a false sense of masculinity, and Yukiko grapples with the weight of a responsibility she doesn’t want.

More than anything, Persona games want to be about something, and make you think about that something. In the case of Persona 4, it’s very up front and in your face about its themes of friendship and facing your inner demons. However, throughout the experience Persona 4 is constantly adding new wrinkles to its characters and world, in an effort to provoke thought on how people interact, how we live our daily lives, what friendship really means, and more. It’s a model for other RPGs to aspire to, telling a great story while also trying to teach a lesson. Persona separates itself from the pack by really investing in its characters and giving them believable problems that anyone can relate to. There’s such a wide breadth of topics, whether its Kanji’s hyper-masculine front that he presents, or Naoto dealing with the sexism her work presents. There’s truly a topic for everyone to relate to, and because Persona 4’s cast is made up of teenagers there’s an immense amount of growth that can and does happen. These are impressionable young people, making them the perfect canvas to explore personality traits and life lessons.

Each of the main dungeons in the game are visual representations of a character’s biggest insecurities. Because of this, they not only function as a gameplay element, but also another story piece helping to flesh out the personality of the characters. For example, Rise’s dungeon is themed like a strip club because of her fear that her fame has exposed her, and that rumors have branded her as promiscuous. The dungeon design is a subtle, but useful storytelling technique the game uses to deepen your understanding of how human its characters are. Dungeons in JRPGs are often visually breathtaking and shed more light on the world or lore, but seldomly do you see them so focused on deepening character’s personalities.

By the same token side quests and social links involve learning more about characters in the world, and helping them work through their own internal issues. Yu can spend time with his friends and other characters in the world, and each time he does, a new rank for that social link is unlocked. By ranking up these social links, you’ll receive benefits in battle and you’ll need a certain amount all the way leveled up to see Persona 4 Golden’s true ending. This directly ties the gameplay and story together in way that feels natural and encourages players to do as much as they can within the game.

Social links are a completely optional activity, and yet they feel like a part of the main story. Each character is incredibly fleshed out, with very personal issues pertaining to them, others, and the world. Too often RPGs are just filled with random fetch quests or side stories that feel out of place in the world, not adding anything to the overall story or theme. Persona 4 is an example for how you can weave everything the player does into the main objective. Of course, Persona 4 does have some form of fetch quests, but they still feel cohesive and fitting for how Yu lives in Inaba, trying to earn money and help out his friends.

For instance, one social link sees Yu take a night job at a hospital as a janitor. While working there he meets a nurse named Sayoko. Yu and Sayako develop a flirtatious relationship, and as you progress the link you start to learn more about her and why she goes after young men. Sayoko feels like she’s lost her purpose and meaning in life, her motivation to help those in need.

That combined with a sour relationship with a doctor has turned Sayoko into the woman she is now. Through her fling with Yu, Sayoko realizes why she lost her motivation, and that it’s all tied to her own insecurities as a person. This social link is just one example of many, each of which are equally fleshed out and engaging. Through completing these gameplay segments, Yu and his friends gain more power and knowledge, while the player is given an emotionally engaging story. It’s a brilliant design decisions that give players multiple reasons to pursue these side activities, and leaves them feeling rewarded and emotionally stimulated, both critically important qualities for a JRPG.

Much of Persona 4’s success hinges on its fantastic writing, both for side characters and the main party. While there are desperate events happening in Inaba, Persona 4 makes sure to give you time to relax and take a breather. One of the unique things about the series is its mix of social sim and dungeon crawling. The game truly gives you freedom by letting you choose how you want to take time off, and more importantly giving you that time off.

Hang out with friends, work a job, read a book to boost your stats, explore, or more. There are so many options available in Persona 4, all of which tie into your overall goal. We all want epic stories in our games, but it’s important to take time to focus on your characters and who they really are, especially for JRPGs. With the amount of time you’re sinking into an RPG characters are everything, and Persona 4 shows that it’s just as important to let the characters breathe and go about everyday activities. Although the mains story of the game is linear, the side activities play into things so dynamically that Persona 4 really feels like your own unique experience.

It’s rare to find a game where everything seems like it has a purpose, but Persona 4, and Persona 3 for that matter, are those games. You can go into the Shadow World and train if you want, but you’ll be taking time away from other activities. Of course partaking in activities in the real world can give you as much of an advantage as training. Earning money lets you buy new more powerful weapons, while boosting your parties’ social links will give you access to new skills for your characters. What occurs is a tantalizing balancing act, that has you choosing where you want to sink your time. However, you always have sense that you’re moving with a purpose in Persona 4 and making Yu and his friends grow, not just mopping up a list of objectives.

At no point in Persona 4 does the story feel like it’s stopped caring about its characters, giving you multiple opportunities to just relax with the entire party and go on a skiing trip or have a day at the beach. The game knows its characters are important to you, and gives you even more reason to get invested in them.

By the end of Persona 4 it feels like you’re parting ways with your own personal group of friends, but you know they’re all on to better things. The game keeps you engaged by having the promise of something new to see and do on each day in the town of Inaba. There’s intrigue and mystery surrounding the main plot, and plenty of twists and turns to the story. The game also has a smart way of introducing its main villain, almost making them a sympathetic character more than anything. However, where Persona 4 really shines as an exemplary JRPG are in the quiet moments. Video games are often so concerned with world ending plots and epic set pieces, that they forget to slow down and let you get to know their characters. For Persona 4, character is everything, and it has it in droves.

Whether you want to battle crazy shadows, go to a virtual school, or wander around the sleepy town of Inaba, Persona 4 has something for everyone. Like most JRPGs it’s not a short game, but the 80 or so hour run time certainly seems to pass quickly. Other games in the genre should look to Persona 4 as a road map for how you write engaging characters and story, while simultaneously providing the meaty role-playing gameplay fans look for. We’ve already seen games like Conception II and Digimon Story: Cyber Sleuth use inspirations from Persona 4. Nearly ten years later, the game still stands as one of the best JRPGs ever made, and a pure distillation of what a JRPG should really be.