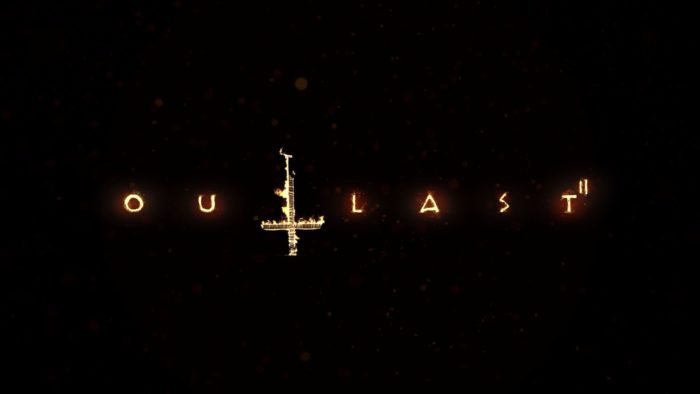 Full disclosure: the first Outlast scared the ever loving crap out of me on PS4. It took me months to revisit the game after reaching the basement area for the first time. I was admittedly not keen on diving into any sequel that would leave me frightened of being alone in my house. Yet here I am, having just spent countless hours exploring the backwoods of Arizona hunted by a group of violent zealots. The switch from the confines of an asylum and its surrounding area to a network of towns, tunnels, and flashbacks brought more of a change than I anticipated, and it wasn’t all necessarily for the better.

For the uninitiated, Outlast 2 is a survival horror game that strips you of any physical might. You’re left with just your wits and a camera that suffers from questionable battery consumption as you navigate a labyrinth of country roads, rundown shacks, and twisted churches. The story is not just a simple “get out of here alive” setup, though.

Outlast 2 places you into the well-worn loafers of investigative journalist Blake Langermann as he and his wife Lynn, the boss, head to Arizona to investigate a mysterious death. A woman was found wandering the road covered in filth, pregnant, and muttering nonsensical verses. Soon after, she was found dead in a hospital after an apparent suicide. In order to find out just what tortured this young woman’s soul, you and your wife find yourselves in a helicopter over Arizona’s forest. At first it looks like there’s nothing amiss, until a mysterious flash of light sends the helicopter careening towards the ground. After waking up ejected from the aircraft, Blake starts to quickly discover that the people inhabiting this isolated, rural area are a few cards short of a full deck, and very dangerous. 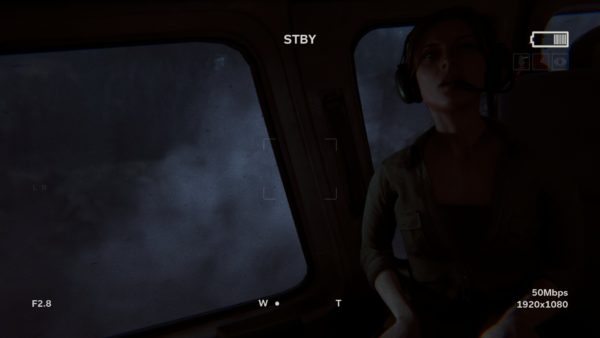 What follows is a dark spiral into a world where faith in the wrong being can prove to be quite deadly for those involved and anyone who happens to stumble along. It’s something that isn’t exactly new and had the chance of coming across as overdone and cliche. However, what Red Barrels managed to do with this take on cults showed restraint and was very well done. There was never a moment where I felt the satanic influence and twisting of scripture was being forced down my throat. It was always present, lingering in the background, but the world did most of the talking, showing you nightmarish scenes as you waded through dense cornfields and explored rundown farms.

My favorite areas were easily the various churches, temples, and other areas of worship. Churches are such a common locale in horror films, but I appreciated how they were kept relatively normal. There was no extreme transformation to let you know that a cult of zealots congregate here. No neon signs denoting the rapes, tortures, and murders that were happening within the hallowed walls. They came across as sanctuaries, untouched by the darkness that permeated the inhabitants of the area, at least on the outside. Inside some, you’d find a dirtiness resting within the pews. Basements were full of torture devices and nightmares, housing hell beneath god’s house. There was a dark beauty to it, perverting something largely considered so pure.

In fact, all of Outlast 2 is visually appealing. I often found myself simply staring at various vistas, thinking about how evil lurked under that same moonlight. There’s a surprising amount of detail in everything you see, and it helps add to the immersion of the world as you slowly move through it or run for your life. The first game looked good for sure, but this sequel definitely outclasses its predecessor in every way, and may very well be the best looking horror game of this year so far. 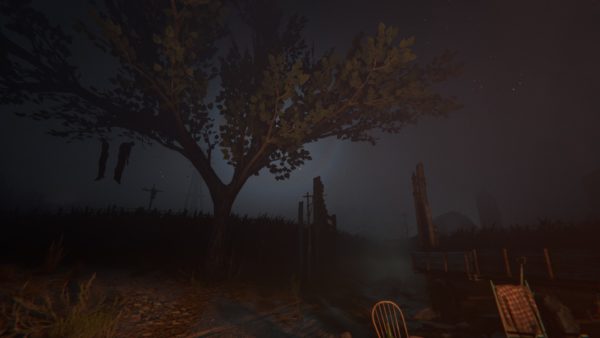 Oddly enough, with all my praise for the narrative and the visuals, that’s where the horror train seems to stop in Outlast 2. Enemies feel more like a forced mechanic than interesting threats, and the gameplay feels stuck in the frame of the first Outlast. It felt so at odds with the world put forth by the developers that I was left decidedly unafraid once enemies started appearing in the game.

Outlast 2 is at its best when you’re completely on your own, hearing chanting in the background, and nervously moving through haunting environments. The tension created by the appearance of any of the random enemies or even some of the repeating ones, such as the towering lady with a large pickaxe who seems to have a deep-seated hatred for crotch areas, feels forced and almost as a means to rush you through areas. Where in the first game the sound of footsteps instantly filled me with existential dread (as if my unavoidable death in game would somehow translate to real life consequences), Outlast 2’s encounters left me groaning knowing that I would have to run, again, and hide, again. The chase wasn’t exciting and just felt in the way.

It’s not that Outlast 2 does anything different that really spoils the experience I, and fans, remember quite clearly from the first game. In fact, it’s quite the contrary. The gameplay here feels too much the same, devoid of enough mechanical evolution. I remember how running through dark hallways in an asylum made me feel, forever pressured by that one, unkillable brute. And while navigating dense cornfields almost met that level of tension, the rest of it just felt very by the numbers. Move, get spotted by an enemy not picked up by your camera or microphone, run, rinse, repeat. Where enemies should’ve left me feeling like I wouldn’t be able to press on, I was often left groaning, knowing that they were in the way of my progression and therefore more of the story which is Outlast 2’s true star. It also didn’t help that the return of being helpless didn’t have the same impact.

The return of the defenseless gameplay didn’t gel well with my experience. I get it, being defenseless is scary since it leaves you frantic and helpless. Yet it forces you into a very specific type of scared which can quickly wear off, which was the case for me and my time with Outlast 2. It didn’t help that it undermined the strong work done by the story and visuals.

Another part of the action that bothered me was the use of defensive QTE’s. They only pop up against certain unarmed enemies, making it random and unpredictable. I think a reasonable amount of struggling and more fleshed out dodging mechanics would’ve really livened up the chases and violent encounters. Being able to quickly shove someone away wouldn’t break the tension; in fact, scrambling to defend yourself would definitely increase it. Having it appear sometimes feels like the developers weren’t entirely sure whether or not to include it, leaving it to feel like it didn’t entirely belong. 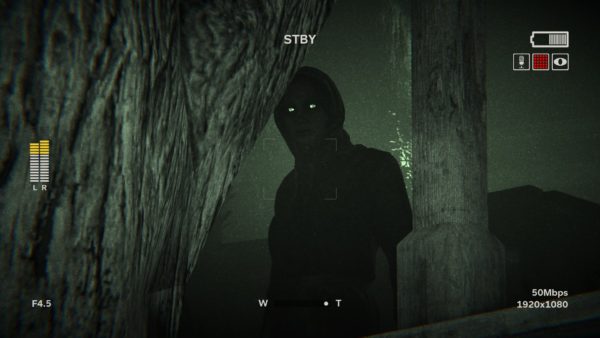 The gameplay also makes it impossible for me to ignore the elephant in this room called 2017’s Resident Evil 7. I’m normally against bringing up other titles in reviews, but creating a survival horror experience in a post Resident Evil 7 world puts a lot of pressure on developers, requiring that every aspect sings in harmony to really deliver on the dread. And there was one thing that Capcom’s revisit to their classic franchise that really left its mark on me. Exploring an isolated plantation with little more than a homicidal family and a few monsters hiding in the shadows did something I never expected – it left me terrified even though I was heavily armed. The way the developers leveraged the location and sound design, and gave the enemies undeniable character that became integral to the entire story was truly memorable. Every time Jack Baker stepped out of a doorway and slowly lumbered toward you, each instance of a “molded” rising from black goop, and the moaning of an old house helped to create true terror that never felt pushed. Your mind did most of the work as sounds synced up with your own home, leaving you unable to trust in your own senses to find safety.

That experience from early this year still remains with me, and while I tried to confine it to the darkest recesses of my mind, every stumble of Outlast 2 brought it closer to the forefront. It was an unexpected disappointment really, since it was the presence of the enemies in the first Outlast that really made that game so challenging.

Fortunately enough, the story kept me invested. With every new development, I found myself more curious as to what was really happening here and how I had become involved. A group of people that nobody even knows existed led by a deplorable man who everyone sees in a glorious light. Then there are those hiding even deeper in the shadows who aren’t exactly “good” but they do make you really think about what’s going on. However, if you’re looking for deeply engaging gameplay that really pushes the limits of survival horror, it felt too much like a chase gauntlet with predictable threats. There is a bit of a twist within the story that switches up the pace in sometimes meaningful ways, but even that isn’t enough to really evolve the experience over its predecessor.

If you loved Outlast for its story and the fact that it stripped away any sense of viable defense, then there’s something special waiting for you. The story really does sing. But if you were hoping for something a bit more fresh and different in a genre that has started to become one-note, then you may be disappointed by what Outlast 2 has to offer.