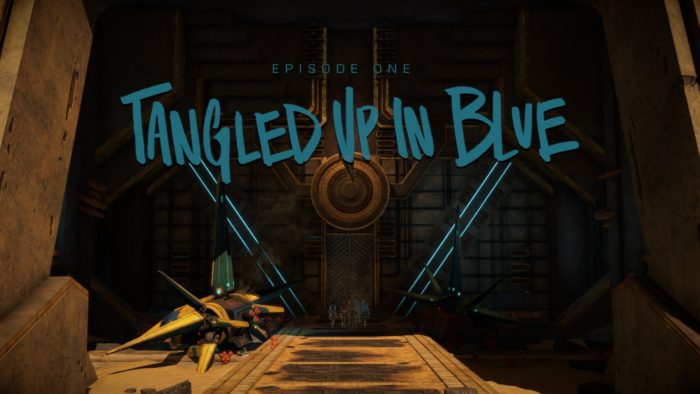 Marvel’s Guardians of the Galaxy: The Telltale Series – Episode One on PC

Telltale Games’ take on Marvel’s Guardians of the Galaxy has me conflicted. As a fan of the galaxy-saving squad, being given the opportunity to spend more time with them, and subsequently, make major decisions for them was an exciting prospect. Add on an excellent cast of voice actors and an expertly-picked soundtrack that delivers on what fans expect from a Guardians soundtrack, and there’s a lot to love here. Unfortunately, however, my initial concerns regarding whether or not Guardians of the Galaxy is a good fit for the Telltale formula haven’t yet been completely quelled.

Telltale’s Guardians of the Galaxy sees players take control of not just Peter Quill aka Star-Lord (though you’ll predominantly control him throughout), but the entire Guardians group. This isn’t just some rehash of something you’ve seen before in the movie or comics, though. Much like Telltale’s Batman series, Guardians of the Galaxy tells a whole new story that borrows the best traits and quips from the movie and comics to deliver an experience perfect for newcomers and long-time fans alike.

Your adventure begins with an urgent call from the Nova Corps asking for help defeating a particularly prominent enemy on a nearby planet. Of course, the Guardians of the Galaxy aren’t going to turn this down, and that’s where your adventure begins. While I appreciate Telltale’s attempt to throw you straight into the action from the get-go in episode one, this became a catalyst for many of the problems that follow. The Guardians are already formed. They’ve already been on numerous adventures and started to become a close-knit bunch. With the stage already set by the time you take control then, it’s difficult for you to truly feel like you’re having an impact on the adventure.

Sure, Guardians of the Galaxy isn’t the first time that your decisions have lacked impact on the storytelling, but there was seldom a time during the roughly two-hour duration of the episode that I felt truly troubled by a decision that lay before me. Coming off the back of the fiendishly cruel decisions that A New Frontier has been presenting us with, Guardians of the Galaxy’s decisions feel like a step in the wrong direction. I never felt like a decision was going to come back and haunt me further down the line, aside from perhaps one midway through the episode. Other choices given to the player seem to simply offer slightly differing paths through one scenario and allow players to put their own mark on the adventure. Though, who knows how Telltale plans to bring these decisions into the mix further down the line? At least, I hope they do.

Aside from Telltale’s trademark decision-based gameplay, Guardians of the Galaxy has plenty for fans to be excited about. The voice acting in the game is second to none. Nolan North’s high-energy, humorous role as Rocket is unrecognizable from his most iconic role as Nathan Drake in Uncharted, only highlighting the actor’s suitability to a variation of roles. Scott Porter who plays Peter Quill may not have the quick-witted responses down quite like Chris Pratt in the movie, but he delivers a more emotionally open and solid performance nonetheless. As a whole, Telltale couldn’t have picked a better cast to voice the Guardians aside from getting the movie’s actors themselves.

Telltale has also ensured that these voice actors’ talents are put to good use. The episode is well-written, with humorous quips and cutscenes bringing these characters to life. Watching Rocket dancing wildly when drunk on a table while Groot chased a hovering robot in complete amazement was a particular highlight. It’s in these small moments that Telltale has managed to perfectly capture what makes these characters so lovable. Unfortunately, due to how quickly episode one zips through the story, clearly setting the scene for a much larger plot in future episodes, Tangled Up in Blue doesn’t offer these moments quite as much as I’d have liked. Character dynamics have always been at the heart of a Telltale experience, and when you’ve got such an eccentric group of characters like the Guardians, it feels like a missed opportunity to not focus on their back and forth banter a little more. Hopefully, though, this is something the series can focus on more heavily now that the scene setting is out of the way.

Outside of making decisions, you’ll be taking down enemies with your blasters, flying around with the help of the boosters on Star-Lord’s feet, and exploring environments to solve puzzles. In every series that Telltale does, some form of unique mechanic or feature is brought in to give it a unique feel. In Guardians of the Galaxy, there’s a number of these things. You can use a comms system to communicate with fellow Guardians even when they’re not nearby, and use Time Vision to see into the past to help solve environmental puzzles. But most importantly are the aforementioned boosters that add a new sense of verticality to the environments. From episode one, they weren’t incredibly interesting to explore, but I appreciated the additional sense of scale and slightly less obvious approach to these exploration sections of the episode. It made them feel a little less copy and pasted from other series and were generally a little more fun to complete. After all, who doesn’t want to float around in mid-air?

Guardians of the Galaxy’s first episode managed to run almost perfectly fine on PC. I did witness a few instances of frame rate stutters towards the beginning, but it soon leveled out and was flawless after about 10 minutes. Additionally, Telltale has opted for a much cleaner, more polished look when it comes to the visuals. The thick, dark lines of The Walking Dead and the Batman series have been cast aside in favor of a more animated TV series look. Characters and environments look better for this artistic choice, and when accompanied by the retro soundtrack, Guardians of the Galaxy’s opening episode is one of the best presented episodes from the developer.

Ultimately, Telltale’s first episode of its Guardians of the Galaxy series is a solid start. While I’d definitely like to see Telltale take their foot off the gas when it comes to driving the story along in future episodes in favor of more quality time with the characters, the high-tempo introduction to the series is sure to keep players hooked. Unfortunately, Telltale’s trademark decision-based gameplay isn’t quite as strong as has been so far in The Walking Dead: A New Frontier, but if you’re a Guardians of the Galaxy fan, you’ll likely still enjoy following the story.