After accidentally getting spotted and having the alarm sounded, my team of me and three A.I.-controlled teammates hunkered down in a small communications building while taking gunfire from all sides. After calling in a mortar strike, we broke for the fence and reached our armored jeep that was just over the hill. Despite getting away from the main forces, my team was pursued by a small helicopter that ended up getting shot down and crashing into the side of a mountain.

This is the world of Ghost Recon: Wildlands, a third-person action game that emphasizes both precise tactical gameplay and completely chaotic improvisation. While it’s been years since many last heard from this series, it emerges from its drug-fueled forest with only a few bullet wounds to slow it down.

Set in a fictionalized version of Bolivia, a ruthless cartel called Santa Blanca has taken over nearly every aspect of the country in order to fuel their cocaine distribution. Run by a ruthless and face tattoo enthusiast cartel boss named El Sueño, it’s up to your specialized team of military operatives to systematically destroy, disable, or kill every aspect of his organization. The main narrative is nothing special and really doesn’t offer much beyond some colorful and deliciously evil villains to deal with across the mountainous countryside of Bolivia. Your allies are mostly one-dimensional personalities that don’t develop beyond making wisecracks about the world or situation you currently find yourself in.

This means that many of the characters aren’t especially memorable and the plot itself simply serves as a loose thread and excuse for your team to cause as much havoc as possible. However, the various cartel bosses, of which there are well over two dozen, have slightly more interesting backstories, relationships, and motives you will come to understand. Some of this is told through in-game briefings, but most of the side info is found via intel documents, records, and clippings scattered throughout the world.

Things start to get interesting when Ghost Recon: Wildlands’ four principle factions begin to interact with each other on a more frequent basis. These are made up of your specialized team, the Santa Blanca cartel, a friendly resistance force, and a corrupt wing of the military called Unidad. Given that tensions are high, players can play the Unidad and Santa Blanca forces against each other as they will become instantly hostile to each other if someone around them dies and you aren’t detected. It’s amusing and players can actually call in support from the rebel forces via mortars or an armored car. 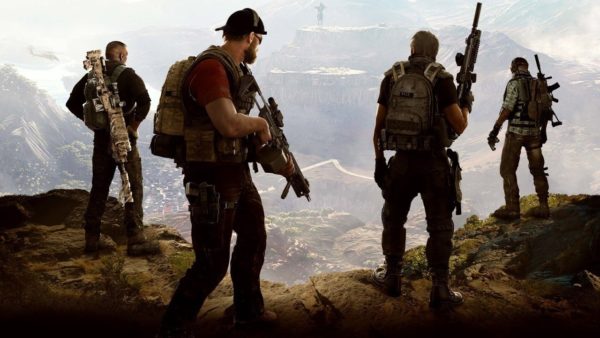 However, where Ghost Recon: Wildlands truly shines is in its compelling moment-to-moment gameplay where entire firefights can drastically change within a matter of seconds. There’s a lot of freedom in how a team of four wants to approach a specific objective as both stealth and action-oriented strategies are viable for tackling missions. Players can easily sneak through an entire base without a single guard noticing or jump out of a plane, skydive onto a roof, and start throwing grenades at the nearest grouping of cartel soldiers. It’s engaging and keeps much of the repetitive mission types from growing stale thanks to the sheer level of experimentation offered.

Much of this is enhanced thanks to the five specific skill trees you can upgrade to give your fighter or squad new abilities such as having access to C4, thermal vision, or being more resistant to bullet damage. Players can also use a flying drone to scout out and mark enemy locations, which can also be upgraded with various attributes like an EMP blast. There is also a variety of weapons that can have their mechanics interchanged to affect everything from range to handling to their penetration potential. This gives users a lot of customization options and at no point did Ghost Recon: Wildlands ever feel like it was punishing me for my specific play style.

Yet, if you are planning to play alone you’ll have to contend with the rather haphazard and at times useless A.I. squadmates you are given. These three members can be replaced by human players if you decide to go online, but offline-focused players should prepare to do most of the heavily lifting themselves. Ghost Recon: Wildlands only offers four commands to your squad mates, which is rather puzzling given that this games focus on more tactical gameplay. It’s impossible to specify exactly where you want a single member of your team to go and even more confusing is that users cannot customize the weapons they use. This means if you want to focus on long range combat, prepare to have two snipers in your squad.

They are also not especially handy in a firefight, as there is no way to prioritize targets outside of a synchronized shot ability that has a rather long cooldown. On multiple occasions, their inability to cover my back in a battle got me killed and they even refused to stop firing on a truck we had to actually capture in one piece. This can become especially frustrating so if you plan on setting up more elaborate maneuvers beyond basic stealth or guns blazing, then playing it with friends online is the ideal way to experience Ghost Recon: Wildlands.

Once you actually start playing with other people, Wildlands becomes a much deeper and entertaining experience as being able to communicate with your team can help you set up some fun scenarios. When playing online, we experienced no connection issues and joining friends or random players was a painless experience. However, we did encounter a few glitches, most notably having my character appear to be running alongside our jeep when I was actually riding in the passenger’s seat. There were also a few notable bugs and issues experienced offline such as my character getting stuck in the terrain, dialogue overlapping, and I even had the game freeze up once, forcing me to restart the application completely.

When it comes to the actual mission structure, Ghost Recon: Wildlands tasks players with journeying across various regions, collecting intel, and completing specific missions to draw out that region’s underboss. This will then trigger a special mission that has players track down and attempt to remove this villain from the cartel in order to weaken Santa Blanca’s hold and draw you closer to stopping El Sueño. There are no real side missions to speak of outside of resistance-specific quests that reward players with resources to help unlock more skills. Most of your time will be spent simply trying to work your way through the rather large network of underbosses, but thankfully the various region specific missions keep things from getting too repetitive. 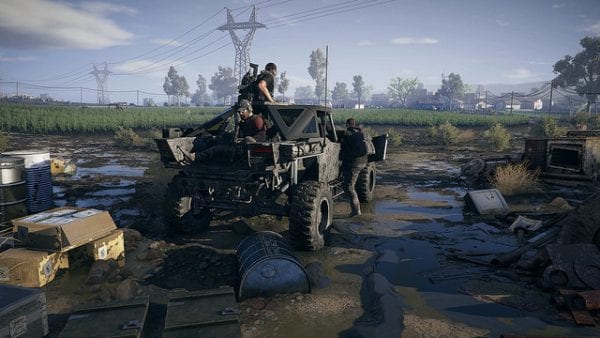 There is a lot to see in Bolivia, as players will journey everywhere from snowy mountain tops to a lush resort that’s used to wine and dine with political allies. It all has a distinct look and the various vistas, weather effects, and lighting all looked great on the PlayStation 4 Pro. As for the world itself, it actually felt rather empty as there isn’t much to actually do outside of the main story missions and handful of resource-specific quests.

This means players can travel for miles without seeing anything relevant that would make you stop in your tracks, as Ghost Recon: Wildlands feels big for the sake of being big. There’s nothing outside of the great environments to take in and players aren’t rewarded enough for going off the beaten path since many of the intel documents and upgrades can be found in main compounds you’ll eventually visit.

Despite these issues, Ghost Recon: Wildlands is still a rather fun game to play thanks to the sheer openness to each engagement offered. While the experience is almost always better when playing with friends, the poor friendly A.I. wasn’t frustrating enough to ruin my experiences trekking across Bolivia. If you can look past the rather thin story and characters, there’s a smart, engaging shooter that begs for players to try new weapons, gear, and approach options. While this isn’t the definitive Ghost Recon experience, Wildlands is still an entertaining title for those looking for a more tactical experience.