Torment: Tides of Numenera on PC

There’s not much that can get people worked up about a game’s development more than a contentious, massively-successful Kickstarter campaign. This is where the story of Torment: Tides of Numenera begins; back in 2013, the title raised over $4 million — breaking records, and drawing a lot of attention. Since then, the game has been the subject of some heated debate, especially since developer inXile cut some of the stretch goals. Factor in the lengthy time between when that campaign funded and the game’s release, and you’ve got some controversy stirring.

Of course, I’m not here to review the process by which Tides of Numenera was made, but the product of that process. So, what does four million and a few years of development give us towards the goal of a “thematic successor” to 1999’s highly-successful Planescape: Torment? Well, friends, it turns out it gets you quite a lot. A rich world, an interesting cast of well-made characters, and some honestly-innovative gameplay that goes against genre expectations is a pretty good place to build up from, and Tides of Numenera has that in spades. 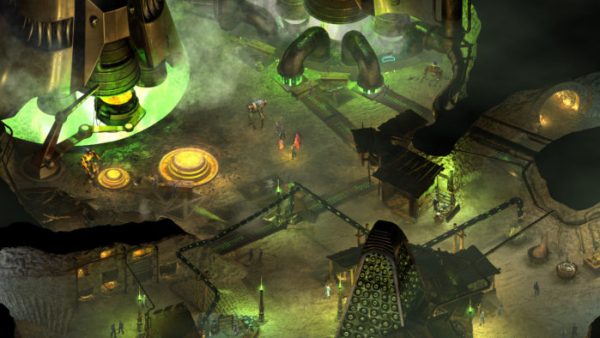 Tides of Numenera, as the name implies, is set within the world of pen-and-paper RPG Numenera. Taking place within the “Ninth World”, this well-formed universe posits that there have been many great civilizations or worlds that predate the current one; each of these has left behind mind-boggling relics and ancient technology that the citizens of the Ninth World have at their disposal. Almost everything that players encounter is an example of this, including the in-game currency, game-changing artifacts, and even entire cities build in structures that predate the world’s written and oral histories.

In addition to its deeply-detailed world, Tides of Numenera tells a great story that’s focused not on some epic, sweeping journey, but the individual. Players take the role of the Last Castoff, a shell left behind by a legendary entity known as the Changing God, a being that discovered a method of immortality through shifting from one existence to the next, leaving these Castoffs in its wake as it proceeds through its own unending experience. The story is one of personal discovery and unearthing the truth and meaning behind your own existence. Along the way, a colorful cast of characters — including several other Castoffs — play their roles, as well.

The gameplay aspect of Tides of Numenera is pretty simple. An isometric view and point-and-click interface drives the bulk of play, and players can move through and interact with the world and its inhabitants intuitively. The game shines brightest in its conversations and conflict-resolution aspects; rather than a simple knock-down, drag-out fight springing up at any moment, most scenarios offer alternatives to outright combat. Skills such as persuasion and intimidation play a huge role in how likely you are to prevent a fight, and they fit just as seamlessly into the overall experience as everything else. 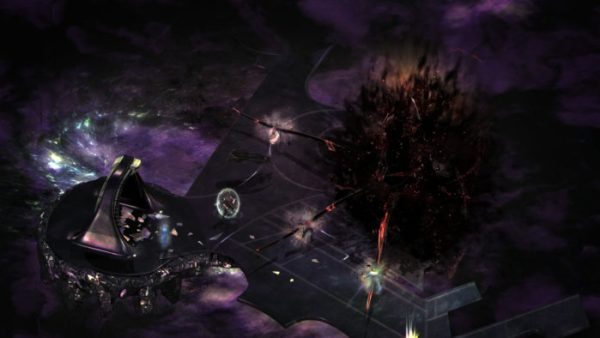 Of course, the Ninth World is still a place with some brutality to it, and some combat is probably inevitable along the way. The game’s “Crisis System” is used here, presenting a turn-based scenario where players control each of the members of their party as they engage. Even within these Crisis scenes, players can find alternatives to outright battle by talking to opponents, making use of their environment, or simply beating a hasty retreat to get away from the conflict. This means that even if you’re not a skilled warrior or wielding powerful cyphers, the game’s equivalent to spells, you’ve still got a chance to make it out alive.

In keeping with the theme of its spiritual successor, Planescape: Torment, Tides of Numenera doesn’t end with death, either. The Last Castoff has some remarkable regenerative capabilities, and the story is almost more interesting if your path is sprinkled with failures. Whether these be in combat, in conversation, or in other tasks to undertake around the world, failure is never a full stop; instead, it simply changes the way that your story is told, and can even lead to paths you would never have discovered if you were to succeed at every turn. This also keeps new games interesting, as the numerous branches to explore along each of the game’s quests offer a wide variety of options and outcomes.

Having fun has always been my top metric for judging every game, and while I’ll admit that it took an hour or two to get my bearings in Tides of Numenera, once I had settled in, the experience was far and away one of the most engaging and stand-out experiences of recent memory. Deep lore, well-crafted and dutifully-voiced characters, and an immersive story all weave together to create a compelling and absolutely wonderful narrative. Past the first bit of feeling out the game, I found myself completely drawn in and riveted by the story. 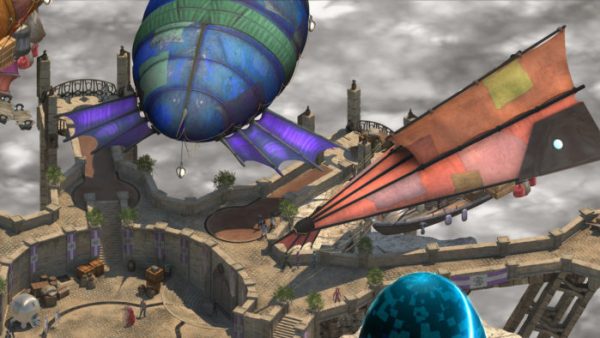 Beyond its story and setting, Tides of Numenera also has some fantastic underlying systems. Character creation and progression is remarkably simple, and the “Effort” system gives real meaning to each character’s stats. Pools of Might, Speed, and Intellect can be expended in Effort to help ensure success in almost any action, from combat situations to conversations or interaction with the world itself. It’s a simple and straightforward mechanic that lets players have a real impact on how things play out.

All told, Torment: Tides of Numenera shows that, even after some controversial post-Kickstarter adjustments, the money and time that went into it has paid off. It’s an all-around great experience with minimal bugs and a rich story. The pieces under the hood flow seamlessly into play, and while I did run into some slowness, especially when entering new areas or navigating in-game menus, for the most part the game ran smooth. Any fan of Western RPGs or the game’s “spiritual predecessor” owe it to themselves to check this one out.