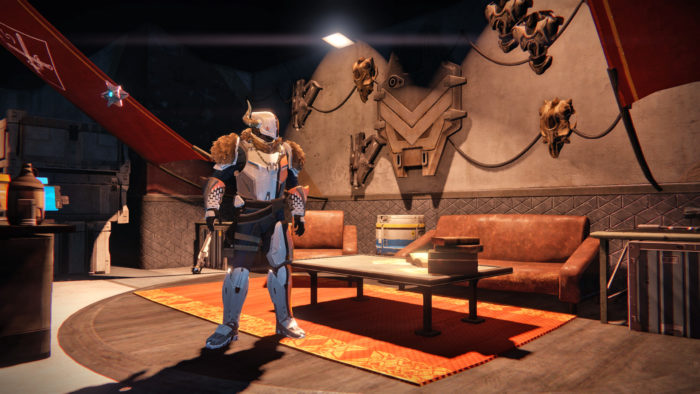 Destiny’s Hotfix 2.5.0.2 patch, due on Feb. 14, plans to bring a slew of weapon, subclass, and sandbox changes aimed at balancing the game’s Crucible mode and affect shotguns in a very big way.

On a Twitch livestream, Bungie community manager David Dague sat down with sandbox designers Josh Hamrick and Greg Peng to discuss the upcoming patch, which aims to increase primary weapon use, among other things.

“The goal is to not nerf anything into the ground,” explained Hamrick.

Rarely do Destiny balancing patches occur without some kind of nerf, though, and shotguns – currently the most popular weapon type in the game – are the major targets this time around.

Here are the 2.5.0.2. hotfix changes Bungie discussed during the livestream.

Hamrick and Peng noted that the most popular primary weapons in the Crucible are hand cannons and pulse rifles, and that the team wanted to encourage players to use other primaries, as well.

To improve scout rifles, Bungie is increasing the in-air accuracy of these guns, and has also fixed a bug with the High Caliber Rounds perk that caused it to be ineffective.

Auto rifles will get an increase to the base damage in their low-rate-of-fire archetypes, and will also enjoy increased in-air accuracy and the High Caliber Rounds bug fix.

Hand cannons will see their initial accuracy return to vanilla Destiny levels, which will either delight or terrify players in the Crucible. To compensate, the base range for hand cannons is set to decrease by 5 meters, and the damage dropoff for distance will increase. The High Caliber Rounds bug affected hand cannons, as well, so look for them to be even more deadly.

Low-rate-of-fire pulse rifles are getting a bump in firing speed–5.3 percent, to be exact–but the high-rate-of-fire archetypes will see a 7.7 percent drop as a result. This includes popular options like Clever Dragon and the Grasp of Malok, two guns that received unique nerfs in the form of reduced magazine sizes.

As soon as Bungie announced a weapons patch, many Destiny players suspected that it wasn’t a matter of “if” shotguns would get nerfed, but “when.” The upcoming hotfix attempts to put shotguns back in their intended place – as a “stand and deliver” weapon, according to Dague.

To make that happen, shotguns have “significantly decreased magnetism” and no aim assist when fired from the hip. Further, shotgun accuracy is “decreased” while a player is airborne, with precision damage stripped away altogether.

Shotguns will get a 20-percent damage increase in PvE activities so the Crucible-focused nerfs don’t harm that experience.

The first comes to the Hunter’s Bladedancer subclass. The “Hungering Blade” perk no longer grants health along with the regeneration of both health and shield, but instead grants a boost to life that can add shield once the health bar is full. This should please Guardians who find Bladedancers with Hungering Blade too difficult to kill during their supers.

Stormcaller Warlocks will no longer have the most hated power melee in the game. Bungie plans to reduce the range of Thunderstrike to bring it in line with other Warlock melees. Stormcallers using the “Landfall” perk will experience a decrease in their “Stormtrance” super’s duration.

Bungie is changing the special ammo economy to put more of an emphasis on primary weapon use.

These aren’t all the changes coming to Destiny Hotfix 2.5.0.2; Dague confirmed on the stream that other changes are in store for when the patch drops on Feb. 14. Be sure to tune in then.

Destiny 2: Widows Walk Location; Soft Cap Farm
Destiny 2 Crimson Days 2019: How to Get The Vow
5 Games Like Halo on PS4 if You’re Looking for Something Similar