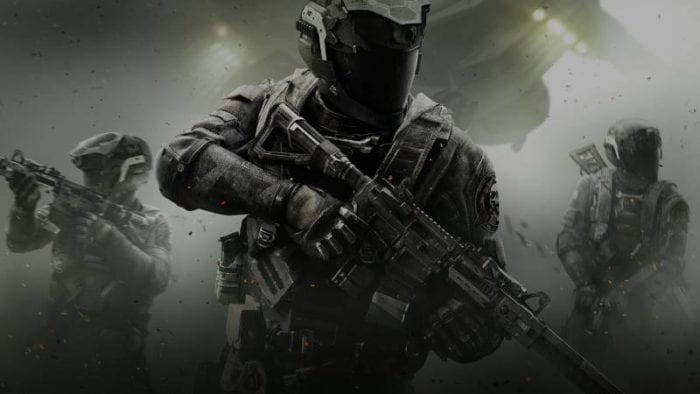 Remember when shooters were a lot faster? The recent trend of fluid, first-person movement might make that question sound a little silly, but the modern Titanfalls, Halo 5’s and LawBreakers of the world wouldn’t exist if not for what came before with the likes of Quake and Unreal Tournament.

Those games, which emphasized speed and mechanics that were easy to learn and challenging to master, defined and invigorated the multiplayer shooter genre for a long time. But despite their resurgence in popularity in the past three years, with new innovations that maintain those core pillars, ten years ago we lost interest in that style.

Why? Well, something else pretty cool came along, and its popularity established a template that any shooter developer felt compelled to chase if they were going to compete. We’re, of course, talking about Call of Duty 4: Modern Warfare.

We all know what set Modern Warfare apart from the crowd in 2007: its cinematic campaign, its RPG-infused multiplayer design, and its general polish in gameplay. It was a perfect combo. Beyond establishing how shooters would organize themselves for the next eight years, the game also popularized the style that Call of Duty had carried up to that point: a more methodical, slow-moving shooter that focused on split-second encounters.

It was a strange pairing of sensibilities that pulled heavily from the tactical leanings of Rainbow Six and SOCOM while maintaining a gameplay base that was faster than the former, but slower than the Quake style for the sake of realism. It was a game that, in practice, felt realistic through its tones, weaponry, and sound design, but upon observation was very much a video game-ass video game–that alone was weird, cool, and new.

While other franchises like Medal of Honor played their own role in this legacy, Call of Duty 4 was the first time the pieces fell into place and made an earth-shaking splash on the industry. So significant, in fact, that virtually every shooter for the next eight years (third-person or first-person) would draw inspiration from as many facets of Modern Warfare as they could. The result was, in general, a wave of samey military shooters that chased the polished organized mayhem that Infinity Ward found.

What Modern Warfare added to the FPS genre (a multiplayer that injected sweet sweet dopamine in the brain with its constant unlocks) was no doubt valuable and innovative, but its unworldly popularity left no room for the faster, movement-heavy shooter of yester-decade. That is, until people saw the first footage of Titanfall in 2013, the first game by ex-Infinity Ward devs at Respawn Entertainment.

In a climate where Call of Duty was churning out the same type of game for six years with diminished returns (in critical reception and innovation, not sales), Titanfall felt like something completely new. The only major games to tackle first-person movement in the modern era were Mirror’s Edge and Brink, and to see it taken further with jump packs, wall running, and boosted sliding instilled a real sense of wonder. The giant robots didn’t hurt, either.

Titanfall’s popularity, despite its problems with keeping an audience, signaled a shift in what many people wanted from their shooters. More than just polished mechanics and CoD’s loadout system, players also wanted something that placed its challenge in different areas, like mastering a movement system that provided more freedom.

Months later in 2014, Sledgehammer Games released their first take on the Call of Duty franchise with Advanced Warfare, and with it divided the core audience for the series in a big way. Advanced Warfare added enhanced mobility in its double jump and horizontal boost that could be applied in any direction. It was fast, it was cool, it was vertical, and most of all, it was still a Call of Duty game. Except, that last bit has varying degrees of truth depending on who you ask. Many fans felt like the newfound speed and verticality added in AW inherently changed what they liked about the series: that pure boots-to-ground horizontal action that Modern Warfare established eight years prior. To them, the game became too much about boosting around and less about shooting better than the opposition.

In 2015, when Treyarch revealed the next entry in the series, Call of Duty: Black Ops 3, it became clear that the studio was being pulled in two different directions. They had heard their core fanbase loud and clear regarding Advanced Warfare, but it was also clear that mobility-based shooters were the new big trend. This meant that Black Ops 3 was something of a half-step between those two ideals. You could jump with a very slight boost from a boost pack and even run on walls, but nothing in the game lets you pick up more speed.

In an effort to appease fans who liked the slow pace of CoD, they landed on a deliberately slower game with Infinite Warfare, one that ditched Advanced Warfare’s main sensibilities.

“It’s a very conscious decision to just dial it down a little bit,” Senior Producer Jack O’Hara told Twinfinite at Call of Duty XP last year. “One of the biggest problems we identify is people getting outside of the field of view. If the majority of engagements is somebody looking down on you, and you can’t see them, then it ends up being a very frustrating experience to die from these lone angles.”

Toning down the action, according to O’Hara, “helps the engagements stay more focused, more concentrated, and kind of leads to a more satisfying experience.”

Unfortunately, the mobility options felt tacked-on and pointless along with maps that made very little use of them. It was awkward, though the core fanbase reacted much better this time around. With their first CoD game since Ghosts, Infinity Ward adopted the same movement system from Black Ops 3 (which was surprising, considering a long history of each developer trying something new), and failed to move the needle on the series’ strange half-step away from its roots. Instead of addressing the pointless wall-running elephant in the room, Infinity Ward, or perhaps Activision, twiddled their thumbs and stayed the course.

So now, two years into the series’ current awkward form and with games like Titanfall 2, Halo 5, and LawBreakers (seen above) exciting players towards faster shooters, Call of Duty feels like the dinosaur that needs refreshing. It no longer has a schtick that feels unique, and its current form isn’t doing it any favors. So the question falls to Sledgehammer in 2017: what will their CoD bring to the table?

They could do a couple of things: double down with CoD’s classically slower style or take an Advanced Warfare-sized step towards mobility. But one thing is clear, they shouldn’t just make the third iteration of what Black Ops 3 established.