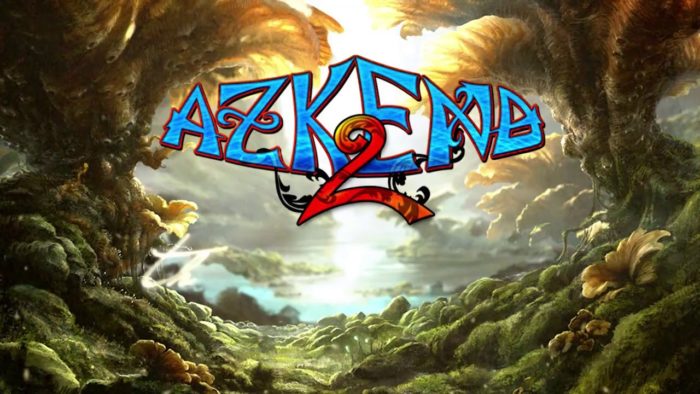 Azkend 2: The World Beneath on PC

My ship, the Celestia, had been pulled down into a whirlpool in the middle of the ocean. I was helpless as it swirled and spiraled into the depths. I awoke in a strange new place, but I couldn’t see. My glasses had been broken in the shipwreck, and if I could fix them then I would be able to orient myself. How would I go about this? Well, by playing a quick match 3 game of course!

There’s something in the title that’s quite self-aware. It hints at the world beneath the match 3 game you’ll be playing; it hints at the weird idea of there being a world beneath that. And what is this world? Well, it’s Azkend: a magical realm of far-fetched happenings, the likes of which have been cribbed from the old classic adventure games. It’s a tale of high-seas adventure and fantasy. It’s also a match 3 game, though.

Now, I’m really not going to start up on one about ludo-narrative dissonance (although I’ve always secretly wanted to), but Azkend 2 does feel a little bit strange to play. If you look at something like the Professor Layton games, they found ways to excuse what the game actually was. You would need to lower a bridge for instance, but the inevitable puzzle that ensued would vaguely be related to bridges, or the shapes that would make a crank to turn to lower a bridge – or something. And often those games were actually funny in a self-aware way. Characters would spring a riddle on you after you asked them the way to the shop and it would crack you up in a surreal way.

The thing is: there aren’t many ways to relate a match 3 game back to the events of anything, let alone exploring a fantasy realm. It’s Bejewelled and Candy Crush all the way. Want to make some dynamite? Match 3. Want to explore this brave new world? Match 3! Want to find a hammer and chisel? Match … 3? Yep, that’s right.

While it’s a perfectly good match 3 game in its own right, everything else around that frame is superfluous. This would be a harmless bit of color to add ornament to a tried-and-tested formula; instead what it is, is a dull story with bad voice-acting that takes time away from the core concept. The shame of this, I think, is the care that has gone into Azkend 2’s art. You will only ever be hammering your mouse button to advance to the next chunk of endorphin-infused color-matching, and this means ignoring a lot of the art work. You are periodically forced to play a separate mini-game wherein you’ll click parts of a painting, trying to match the small clue you have and place it to where it belongs in the bigger picture. I said I liked the art; I could have done without being forced to stare at it for the sake of a distraction.

As a match 3 game it’s perfectly fine; in fact I had fun with it. It’s got the usual multiplier bonuses for bigger strings of matched tiles, and there’s nice little spins on the core idea: match the tiles around an ever-growing fire to put it out, for instance, or match tiles to stop some bugs from crawling their way to the top of the board. It’s dangerously compelling too: I sunk hours into the game, not really for review purposes – I think I got what I needed way before I actually wrenched myself away from the damn thing.

This had ‘perfectly fine’ written all over from when I first booted it up, but then it muddied the waters with a forgettable plot and tried to drag me away from the eye-reddening, ‘I should probably stop playing this now’ core of the game. Should you get it? If you like match 3 games then it’s a decent one, but then, if you like match 3 games you can get lots of them for free on your phone – which is surely a better home for them anyway. I think when we play match 3 games, we don’t really need a world beneath what we’re doing; we already have one – it’s the one we checked out of when we started playing.