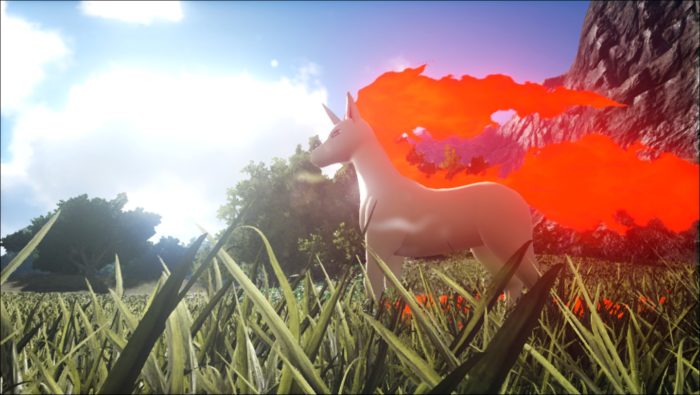 The Steam Workshop mod, called Pokemon Evolved, is currently an alpha build that replaces the dinosaurs and other animals into the pocket monsters from the Nintendo franchise. While the Pokemon use the same spawn points as the dinosaurs, they can also be summoned in the Poke Terminal using credits earned by killing Pokemon.

The mod may not be around for long, as it has been hit with multiple Digital Millennium Copyright Act (DMCA) notices. At the top of the mod’s Steam page reads, “A DMCA Notice of Copyright Infringement has been filed on this item. Valve will review the complaint and reach out to the person who posted this item and provide details and information on the next steps.”

The mod’s creator, known as Mystic Academy on Steam, said to PC Gamer that the initial claim was submitted by “another modder (or a supporter of that modder) who is also developing a Pokemon mod for Ark.” The notice was “apparently lifted” today, but a second DMCA notice remains on the mod’s page.

If both notices were filed by other competing modders, then Nintendo has not stepped into this issue yet. Nintendo has a history of shutting down fan projects that uses its franchises, such as the Metroid II remake AM2R, Pokemon Uranium, and the Pokemon Prism ROM hack.