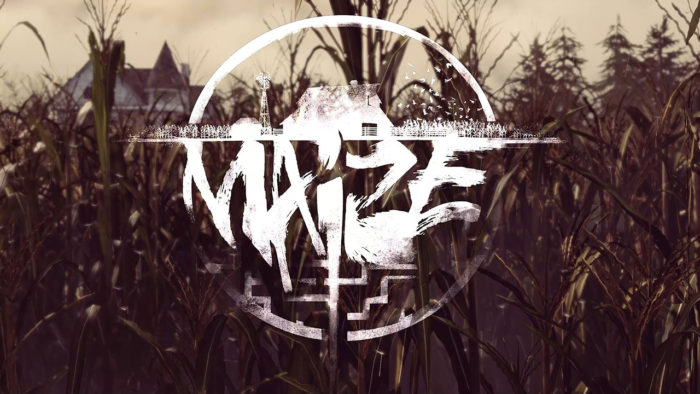 Every once in a while, a game comes along out of nowhere that is just inherently strange. An absurd little project that provides a breath of fresh air amidst the AAA fog.

Maize is developed out of Toronto, Canada by a small group of veteran developers turned indie going by the name of Finish Line Games. If you were to look at the game’s website, the basic gist you’d get is that it’s a video game about sentient corn. The Steam page further opts to tell you that this is the least ridiculous thing about the game. And it’s right.

The ambiguity leading into my playthrough left me feeling rather freaked out. As soon as you hit ‘New Game,’ Maize drops you into an agoraphobia-inducing corn field. There’s no music beyond ambient tones and the creaking of an old barn. No comforting voices, no notation of any life around you. I’m not the biggest fan of horror games so at first, I tentatively crept around, finding items to pick up and store. The game functions very much like an adventure game in this sense, but from the first-person perspective.

The visual style is the first thing of note, in that it’s very impressive, but sometimes drops the ball. When you’re walking around holding an item, the game blurs it during motion, making it look quite ugly. The core textures and environments in-game are seriously diverse, though, and contain a lot of detail.

During your time with Maize, you will visit a variety of areas that I’m choosing not to spoil for the sake of the game’s story, but just know that the developers hit the mark for each locale. Whether it’s a dank sewer or a stuffy office covered in paperwork, they feel distinctly full of life, and are a joy to explore. It’s a real testament to the artists for injecting so much detail and life into Maize. There are many art-styles present that would require a lot of talent, and I was very impressed with the character models as well as the random set-dressing, especially the paintings and non-essential items.

You’ll spend most of your time exploring the environment to pick up items and solve problems to further the game’s story. Maize is therefore fun at its core if you’re into similar games of the genre, but can’t decide whether it wants to be patronizingly easy or overly difficult. To give you a good example, at some points you will stumble upon the silhouette of an item you need to find before the game has led you to find said item, so it becomes more of a scavenger hunt than a good puzzle.

Further, some items that you pick up when examined in your inventory outright tell you the answer to the predicament that you’re trying to solve, at some points being so self-aware to tell you that “maybe this would help with that x over in the x.” I get that the fourth wall breaking is part and parcel of this game’s attempt to be funny, and it works in that respect. But I’d have more fun exploring Maize’s lush environments if I wasn’t having my hand held every time I inspected what I picked up.

Other times you’re left without a paddle, looking around and clicking everything like a headless chicken, with no means to get a much-needed hint. In general, I wasn’t stuck for very long, but I think a hint system would have helped avoid the two extremes that is Maize’s difficulty, because when it’s right in the middle, it actually hits on that rewarding feeling you can only receive from a good adventure game.

The game is openly mad – that is its entire cornerstone – but Maize has some intriguing twists and turns that should keep your attention. The writing is also really funny at times, beyond a few flat jokes that the game really wants to persist with. Each irrelevant, non-functional item has a tooltip explaining its often funny irrelevancy, and the narrative is told through well-placed notes complemented by environmental design, so the jokes land in situ while not being too on the nose. A good adventure game is often complemented by a well-written story, and I believe Maize manages this, despite the levels of absurdity it knowingly tries to reach.

The voice acting is mostly excellent, but there is one character that bucks the trend. Again, I don’t want to spoil most of the personas, but you meet a Russian bear called Vladdy who unfortunately becomes your companion. The first time he calls you a stupid idiot and rambles in Russian is cute and funny, but the next 40 times it is less so.

Even though the game basically pulls you from one remarkable situation to the next, that is kind of the point, and I really enjoyed my time with Maize. It has that self-aware LucasArts ridiculousness that is wonderfully endearing, and seeing as we’re currently lacking in adventure games, Maize is a welcome breath of fresh air. I do believe that it is tough to make a game like this funny and engaging, but despite its few flaws Maize succeeds with flair, and certainly made me laugh and smile at its interesting locations and well-written, absurdly hilarious story. Definitely something to pick up when you need a break from this season’s saturation of big-name titles, this game has a real sense of heart hidden in its maze of corn.