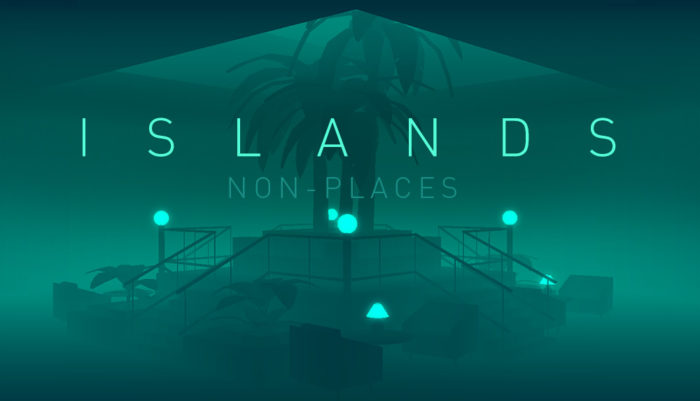 Islands: Non-Places on Mobile and PC

Lacquered in the stark tranquillity of sodium lighting, evocative of all those little moments lurking at the periphery of our memories – the forgotten waiting rooms, the traffic islands, the walkways – Islands: Non-Places brings these to the fore, and in focusing on them, teases out depths that we are conditioned to avoid.

Speaking of things we are conditioned to avoid: let’s avoid entirely the snooze-inducing debate as to whether or not what you’ll be doing in Islands is playing a game. It’s an experience; it’s interactive; it may not be winnable, but you will have won something by the end of your time spent with it – you will be changed. It wasn’t long after playing through for the first time that I tarried at the traffic crossing outside my flat, transfixed by the obscenity of the glowing bollard that erupted from the earth in surreal protest. If you repeat a word over and over it will lose all meaning; through repetition you cast off any associations you had with that word, dissolving its connection to reality through mantra. Islands: Non-Places achieves this same effect but in a visual way, and all those transient places you take for granted begin to lose all connection with reality.

Watching is playing in this case, and your interaction with what is set out before you is extremely minimal. With a brush of your finger you pan a camera around a series of disconnected scenes. You can tap little light sources to trigger changes in the environment. That’s about it. The rest is whatever you observe and take away from it. It’s an odd one to try and tell people about and perhaps the most fitting description would be something like ‘interactive art installation.’ 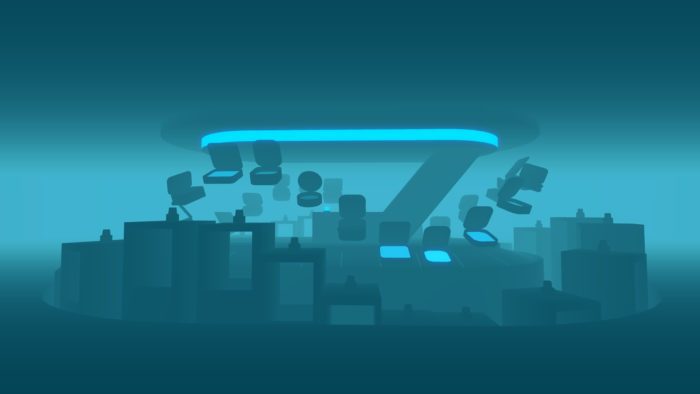 As far as mechanical interaction goes, there aren’t even set rules for that. Often you might tap light sources with no outcome, only to find that you were supposed to be nudging a door open. It can be a little irritating but is dissolvable by whirling around and going tap-crazy. Any frustration quickly gives way to awe when the low, humming static of, say, a hotel lobby will mingle with birdsong, or the sound of rain, and you’ll be whisked away to somewhere you’ve never been while staring at something that you’ve always looked at, but never really seen before.

The way in which Islands skewers the mundane with the absurd invokes David Lynch. In Lynch’s Blue Velvet, the juxtaposition of a severed ear with a green, white-picket-fenced suburban ideal is similar in its effect to, in Islands’ case, a school of bank notes swimming out of an ATM, or a procession of palm trees trudging their way up an escalator. These images highlight not only the surreal nature of these non-places when viewed in the abstract but, even more fascinatingly, the relationship between man-made objects and the indifferent nature that lurks below, above, and around them. 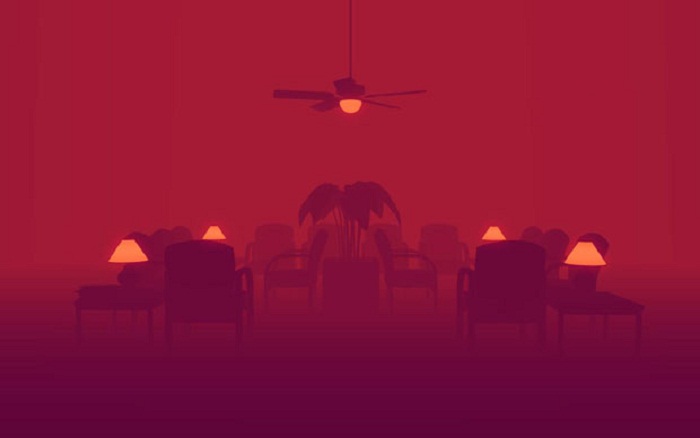 And it is perhaps our natural instinct to try to unpack these engineered spaces, to try to make sense of them even when the things they are made for are turned upside down as you tap and flick your way through them. One of the dioramas focuses on a pylon; as you tap an elevator it ascends the metal structure, but as it does so mushrooms start to grow from the platforms. After a little while these mushrooms exhale iridescent spores into the air which swirl and dance to the sonic accompaniment of the beeps and chirps of binary input. As the scene draws to a close the camera pans up to the stars in the night sky, as they start to flicker and glow in time with the beeps. It utterly floored me.

The game can be finished in a single sitting. It’s $4.99 on Steam; it’s $2.99 on iOS and Android; and it’s an odd one to recommend to people, because it will divide. There are some hilarious reviews from miffed players complaining about paying money to tap their phones occasionally and stare at odd images for an hour or so. It’s difficult to argue with that complaint not only because that is what’s going on, but because if this game resonates with you you’ll have a tough time explaining to people why. Islands: Non-Places is a game for certain kinds of players, and if you’ve read this review you may well have an idea that it might speak to you; I implore you to go and play it.