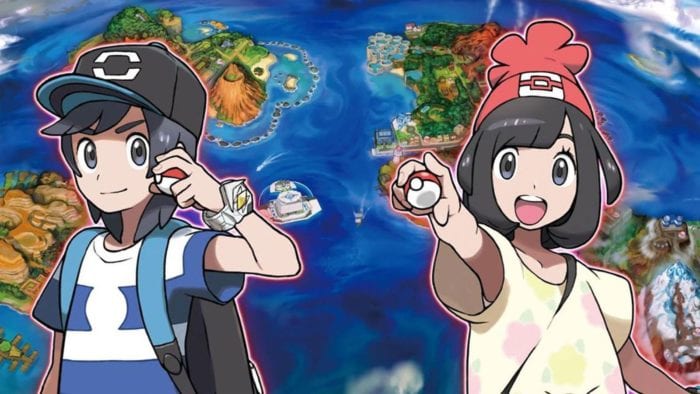 Each Pokemon game in the main series always releases in two different versions, and of course Sun and Moon are no different. There’s quite a few minor differences between the two, although the main story and experience will remain similar. The main addition in Sun and Moon is the extensive list of new Pokemon, most of which you’ll be able to obtain in either version. There are, however, some Pokemon that you can only obtain in either Sun or Moon. Take a look down below at the exclusive Pokemon down below, and please note the returning Pokemon from Generation 1 will be in their Alolan forms.

It should be noted that Solgaleo is the Legendary featured on the cover of Sun, while Lunala is the Legendary featured on Moon, so both will play into the story. Another interesting note are the Ultra Beasts, UB-02 Expansion and UB- 02 Beauty, which are also new to Sun and Moon. We don’t know a ton about these creatures yet, but we do know that they’re different from your normal Pokemon and will impact the story in some way.

The time of day that the story plays out will be different in Sun and Moon. Like previous titles, the games are set to the clock on your Nintendo 3DS, with Sun being set to the exact time and Moon instead being set 12 hours ahead of your system time. This means if you play at 3:00 P.M. in Sun, you’d be playing at 3:00 AM in-game in Moon.

Gyms have now been replaced with “Trials,” for each of the islands in the Alola region. At the end of each trial you’ll have to fight a massive version of a regular Pokemon with enhanced skills and abilities called “Totem Pokemon.” These will also differ between the two versions of the game. For example, the Totem Pokemon you face on Melemele Island in Sun is Gumshoos, while in Moon it will be an Alolan Raticate.

Which version will you be choosing? Let us know in the comments below!