With Hitman 2016, IO Interactive decided to try something wildly different from any other entry in the series, and most of AAA games, for that matter. By making the game episodic and splitting the missions up accordingly, Hitman became grander than it would have been otherwise. It encouraged the kind of play that suits Hitman best and made players go along with the ride of genuinely feeling like expert assassins by the end of episode 6.

And while the end of season 1 doesn’t stick the landing with regards to its vague story of international conspiracy and shadowy organizations, Hitman is one of the greatest stealth games ever made and has a degree of choice and freedom in its missions challenged only by its predecessors in scale and detail. Hitman 2016 is the game that we wanted Absolution to be in 2012, and then some.

And by that, I mean Hitman 2016 is essentially a sequel to the greatest game in the series, Hitman: Blood Money. Blood Money has always stood as the best example of being given a wide open area and a laundry list of ways to complete the same task, and this game follows that spirit with fervor. Every mission in Hitman is a new gigantic playground with a wealth of opportunities and little secrets to discover.

Each mission tasks 47 with killing at least two people, with some occasions calling for extra targets or side objectives. The game plays like a standard third-person stealth game for the most part, but this is easily the best the game has ever felt. Shooting feels fine, but not good enough that full-on war is a good strategy for missions. The game lets you decide how to tackle things, but gunfights are usually a bad idea, considering 47 will bite the dust after just a few hits. 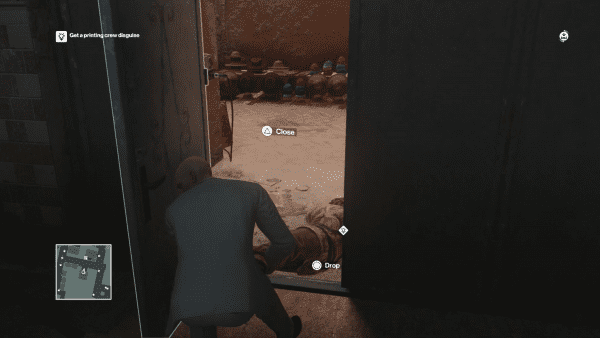 While guns aren’t a safe bet, a silenced pistol is an excellent tool for quick dispersals. And that’s really at the core of Hitman; weapons are tools more than anything. And the opposite is true, as well. A wrench, while also allowing you to mess with machinery in the world, is an excellent way to silently knock out an NPC or create a noise distraction when thrown.

The single best part of Hitman is that it knows the way people will replay and want to master the missions, and frames the entire game around that idea. Separating episode releases gave players a chance to either take a break from the game for a month or give them the perfect outlet to go back and do some quick challenges that earn you more permanent unlocks to bring into missions.

The only big problem with the game (other than its less than stellar load times that have been slightly improved throughout the year) is that the game makes it a little too easy to accomplish its most interesting opportunities by default. The more elaborate and planned assassinations (called opportunities) can range from making a golfer hit an explosive ball, “accidentally” replace a microphone with a recalled shocking hazard, or dressing up as a dead plague doctor to surprise kill your target. The opportunities are all creative and fun, but the game will walk you through exactly where to go and what to do with them, which can sometimes kill the challenge.

The best way we found to tackle these is to turn “Opportunities” to “minimal” in the game’s options. This was a fun middle ground that gives you a quick synopsis of what to do, but doesn’t tell you how or where to do it.

The idea of a Hitman game with only six big missions makes it sound relatively shallow, but every single mission has hours and hours of content in them, and plenty of reasons to want to master them. Not to mention the game’s Contracts mode, returning from Absolution, which allows you to head into any mission and create a contract yourself, targeting any NPC in the world you like and attaching extra challenges of how to kill them and what disguise to use. 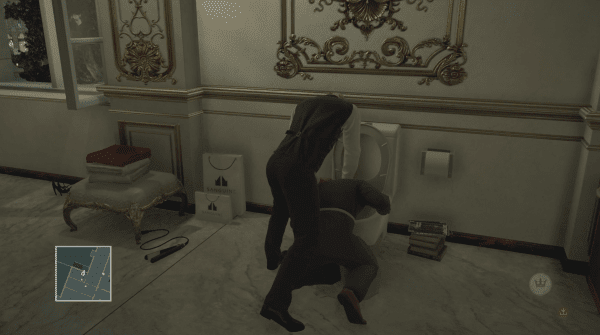 The episodic format of Hitman could have easily gone the other way of feeling limited and annoying, had it not been for a few things. First, IO was pretty consistent in releasing the next new mission on time and even released fun teasers to build excitement for them. The other, which is simultaneously some of the most interesting content found in the entire game, are the elusive targets; targets that appear in existing missions that are only available for a specific window of time. These missions are tough, not only because they require more improvisation from the player, but also because you really do only get one shot at it. If the target dies or gets away, they’re gone for good. And if you die, it’s the same story. The setup for these missions and the surprising production value and consistency of their release provided some of the most thrilling moments in the game.

Season 1 of Hitman follows Agent 47 through his beginning trials of joining the ICA and later jumps into his current career as a master assassin for hire. The game’s story is framed by cutscenes that happen between missions, and for the first several episodes only has to do with Agent 47 in an indirect way. We see shadowy figures discussing the hit that 47 just completed and see bits and pieces of what that means for the story, but the player is always left on the outside of the mystery in an attempt to make it interesting. In this way, it might have worked, if not for the fact that the conclusion of season 1 does almost nothing to conclude its story and serves as merely a cliffhanger for future seasons to come. The expectation might have been different had IO made it clear ahead of time that this was going to be a story spanning multiple monetary seasons, but walking away with nothing satisfied is undeniably bad.

Though, it’s clear from the start that the story is not what you come into Hitman for. It’s a game about its gameplay and the choices afforded to the player, and season 1 delivered near flawlessly. IO Interactive has built a framework that they can keep building on for years to come here, and we can’t wait to dive back into more missions in season 2.